Chris Cody had just arrived at his sister's floral shop in Kenmore about 9:40 a.m. Tuesday when something very out-of-the-ordinary happened.

About five unmarked police vehicles pulled up in front, with more pulling into the rear parking lot of their building on Delaware Avenue. Cody said he saw agents from multiple agencies including ICE -- Immigration and Customs Enforcement, the State Police, Homeland Security, Kenmore police and the FBI jump out and converge on La Divina Mexican Store, three doors south.

The popular taco shop was one of four area Mexican restaurants being raided by federal agents as part of an investigation into allegations of undocumented workers.

"They had one of the agents at the door who was turning away customers," Cody said. "A big Coke semi pulled up for a delivery and they turned them away. The place was on lock down."

About two hours later, several people were escorted out the back in handcuffs and led into a white van, Cody said.

It was a surprising, and disappointing, turn for the taquería, according to its devoted followers, and led to the closure of La Divina, at least temporarily. By late Tuesday afternoon, the doors were locked and lights were off. A trickle of customers arrived sporadically only to learn the news and leave dejected. 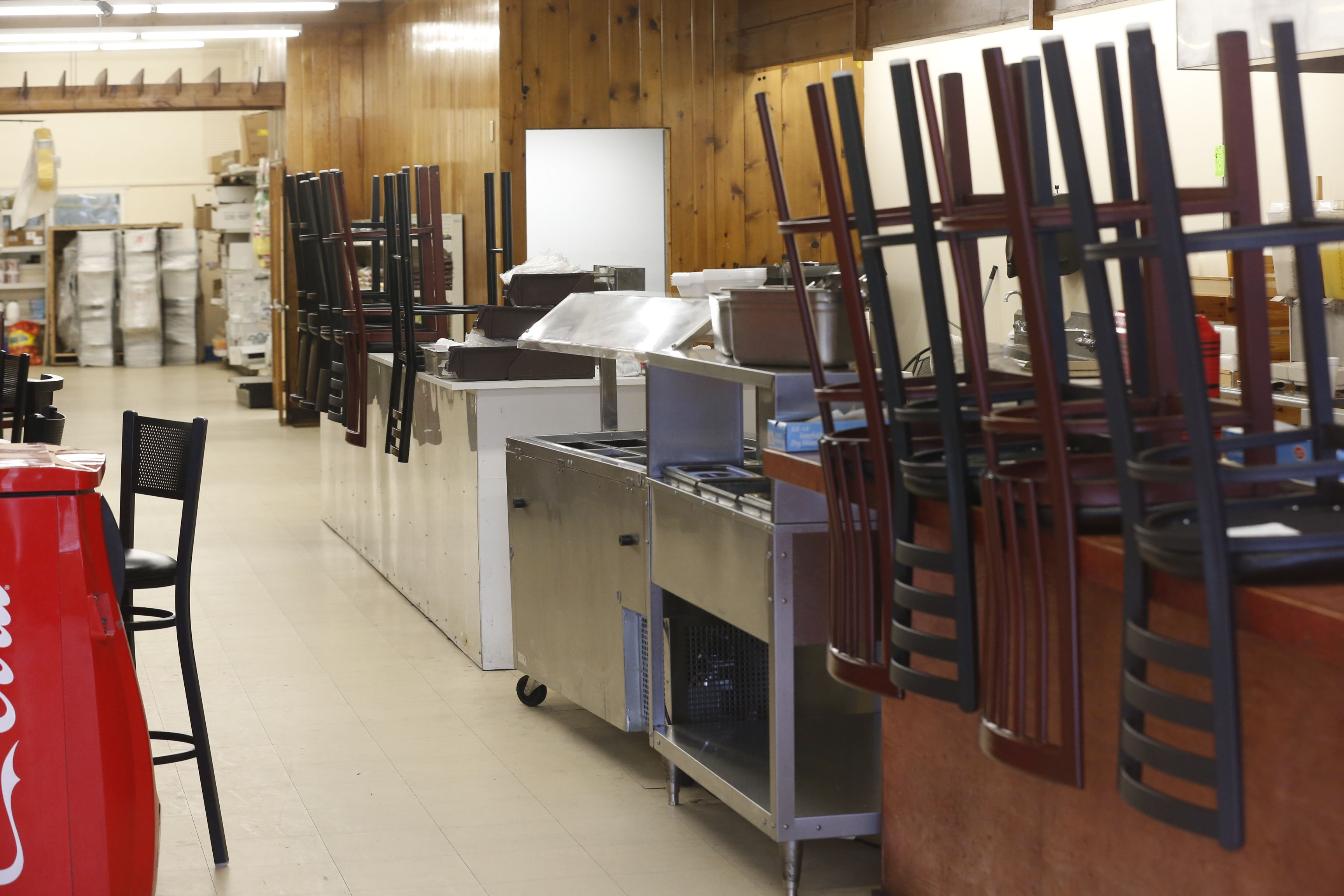 The doors were locked and lights were off Tuesday afternoon at La Divina in Kenmore. Photo by Robert Kirkham / Buffalo News.

"The tacos were authentic," said Cody, who estimated he ate lunch at La Divina on average two, or three times a week. "It was always packed, but considering that, it was always quick."

He especially liked the ribeye and chorizo tacos from La Divina's simple menu of tacos, quesadillas and tortas. The topping bar of salsas, radishes and limes was always fresh, he added.

His sister, Shannon, owner of Michael's Floral Design, preferred the chicken quesadilla and beef tacos. She would often refer her customers to La Divina, if they were hungry.

Village officials had been pleased to see La Divina drawing in customers from outside Kenmore and were  surprised at news of the raid.

"I was very surprised and, obviously, we're disappointed to see that they are closed because it was such a destination spot for a lot of people to come in to Kenmore," said Kathleen Johnson, the village clerk/treasurer.

La Divina also attracted a diverse crowd, she said. "There were business people, people very casual," she said. "So it was nice to see that aspect of it."

Chris Cody said he has friends who work in downtown Buffalo, but would travel to La Divina on their lunch break.  "It was definitely not just Kenmore," he said. "There's people who would drive half an hour just to have a few tacos and leave."

Melissa Foster, president of the Kenmore Village Improvement Society, said there was an outpouring of disbelief and shock when she posted about the raid on social media.

"I think the community embraced them," she said. "We would see lines of people waiting to get their tacos. The community was very enthusiastic. People were coming from outside the village to get some food there."

Foster said La Divina's legions of taco aficionados were hoping the store would eventually be able to reopen.

The restaurants’ owner, Sergio Ramses Mucino, has plans for another Kenmore location almost across the street from La Divina, on the ground floor of 1 Delaware Road.

William Paladino of Ellicott Development, which recently redeveloped the former George Washington School into a mixed-use building, said he still has a lease with Mucino, but was concerned about the future of the plans. Work on the restaurant stopped about a month ago, Paladino said, and is about 30 days away from completion.

"I still have a binding lease with him," he said. "I haven't been able to talk to him, obviously."