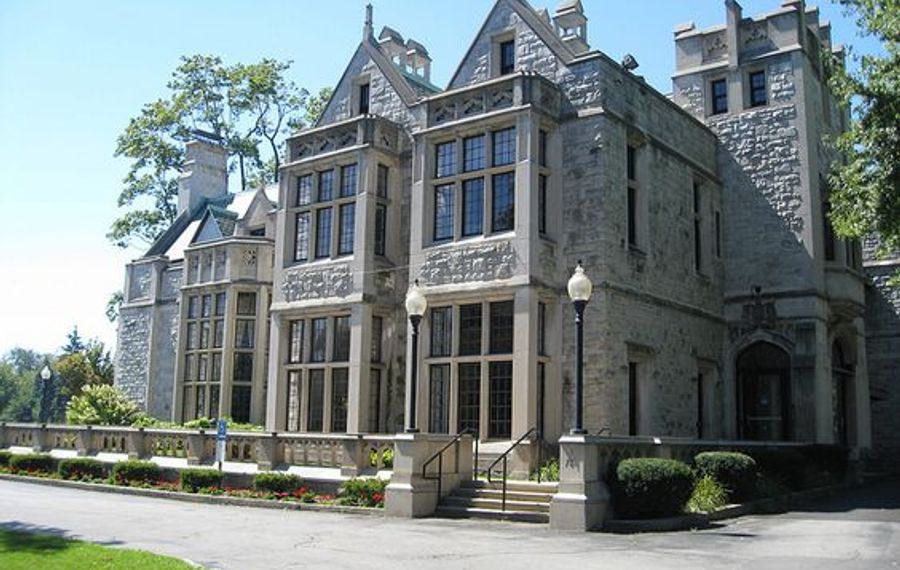 At least two influential members of the Erie County Industrial Development Agency's board are expressing serious reservations about a proposal for the public agency to buy a Buffalo mansion and become a landlord for a campus of nonprofit agencies.

The two board members - Buffalo Niagara Partnership head Dottie Gallagher-Cohen and Erie County Legislator Edward Rath III - are questioning whether it's appropriate for the ECIDA to buy and own property solely for the purpose of leasing it out to others.

Calling it "mission-creep," they say the agency is stepping outside of its economic development role and intruding on the turf of private-sector developers if it purchases the Clement Mansion at 786 Delaware Ave., which is the headquarters of the American Red Cross' Greater Buffalo Chapter. Instead, they say, it should focus on offering private companies tax breaks and loans to spur job growth and investment.

"I think the ECIDA needs to keep its focus very narrow and maintain its work that is consistent with its mission," Rath said. "I have a very hard time understanding how the work of purchasing and building out a not-for-profit campus is consistent with the ECIDA’s mission and purpose in Erie County."

In an email to ECIDA CEO Steve Weathers and other board members, Gallagher-Cohen also questioned the wisdom of the idea. As CEO of the Buffalo Niagara Partnership, she leads the regional business group, which counts real estate developers among its members and directors.

"Our role at the ECIDA is to generate economic benefit to the community, and if the highest and best use of that facility is to sell it and get it back on the tax rolls, that should be a serious factor in the board's decision," she wrote in the mid-August email, just obtained by The Buffalo News and confirmed by her.

But while buying property to lease out would be a first for the agency, the ECIDA would be fully within its legal rights and responsibility to do so, Weathers said Tuesday. "If you look at our mission and the law, it actually is within our mission to do these kinds of things in the community," he said. "It’s within the purview of what we do."

Moreover, he added, "I think the concept holds a lot of water and this is something we should do to support our community as an economic development agency here in Erie County."

ECIDA officials have been exploring the possibility of acquiring the Delaware Avenue mansion that currently houses the Red Cross offices. The goal would be to turn it into shared office space and resources for multiple social service and community nonprofits, including the Red Cross, in order to help those agencies reduce their administrative and overhead costs.

ECIDA and Red Cross officials signed a letter-of-intent over the summer to pursue the idea and assess whether other nonprofit agencies would be interested in relocating to the Clement Mansion.

No further decisions have been made nor agreements signed, but the Buffalo office of brokerage CBRE was retained to study the possibilities. And the ECIDA already set aside $4.2 million in its new budget for 2017, specifically allocated to the Red Cross campus concept.

"We're going to go forward in exploring this," Weathers said. "I don’t want to say that the campus site we’re looking at is going to be the end-all. But it’s something that is good for the community and good for our nonprofits."

ECIDA does act as a landlord currently for its former 143 Genesee St. headquarters, at the corner of Oak Street, which it vacated after decamping for its current home at 95 Perry St. It leases its old headquarters to Kideney Architects.

"The fact that it might be permitted doesn’t 100 percent convince me that it’s necessary or appropriate," Rath said. "I don’t want to see any more mission creep at the ECIDA. I want to see aggressively working toward job creation and a positive business climate in Erie County."