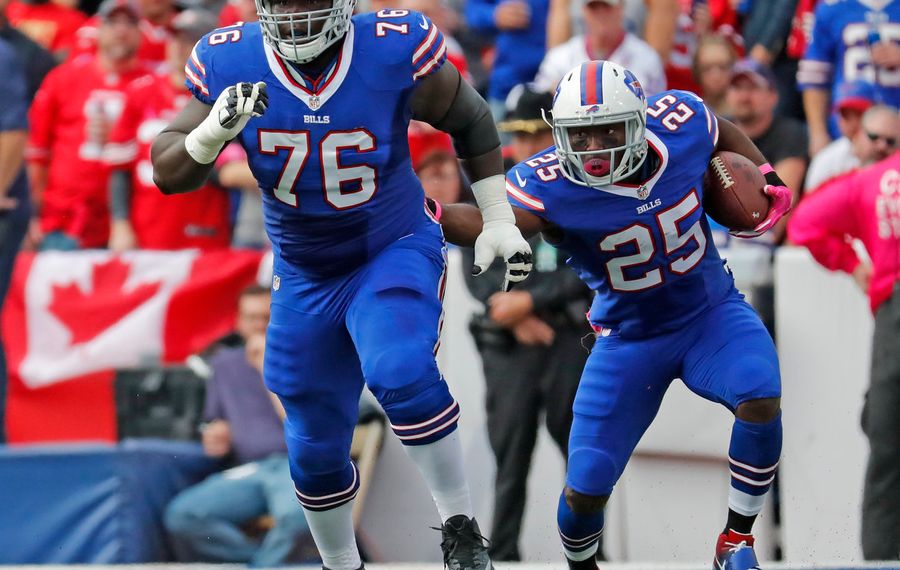 The Buffalo Bills did what they were supposed to do Sunday.

They handed it to an inferior team on their home field. Buffalo’s 45-16 victory over the San Francisco 49ers looks easy in the box score, but it was a close game into the third quarter. To their credit, the Bills never panicked and finished the job in a game they were supposed to win.

Buffalo has now won four straight games for the first time since 2008, and if the season ended today, would qualify for the postseason. After the 0-2 start, that’s an amazing turnaround.

Here’s a look at whose stock is rising and whose is falling after the Bills’ win over the 49er.

• LeSean McCoy – It would be negligent not to have the running back on this list. McCoy looks like an MVP candidate through the first six games, ranking No. 2 in the NFL in rushing yards through Week Six. Given the uneven state of the passing game, it’s hard to think that a player has been more valuable to his team than McCoy.

• Preston Brown – His stuff of 49ers running back Mike Davis on a fourth-and-1 play in the third quarter might have been the play of Sunday’s game. Brown led the Bills with nine tackles and that one set up a 30-yard touchdown pass from Tyrod Taylor to Justin Hunter that gave the Bills some much-needed breathing room.

• Dan Carpenter – He’s taken plenty of heat from this corner for his misses this season, but Carpenter was rock solid on a windy day at New Era Field, hitting all six of his extra points and a 40-yard field goal just before halftime that gave the Bills a 17-13 lead. It was the type of confidence-boosting performance the team needed to see from Carpenter, especially after a message was sent to him with the addition of kicker Marshall Morgan to the practice squad.

• Jonathan Williams – The rookie running back got some carries in garbage time, but likely didn’t do himself any favors by fumbling away one of those touches for a turnover. It didn’t matter in the final score, but couldn’t have been what his coaches wanted to see.

• Jerry Hughes – Admittedly, we’re reaching here – what do you expect after a 45-16 win – but Hughes had an opportunity to sack 49ers quarterback Colin Kaepernick in the second half for a safety. Kaepernick, however, shook Hughes off and was able to run for a first down.

• Marquise Goodwin – There will come a day when the Bills need their receivers to make more plays. Goodwin had a chance to do that Sunday, but stepped out of bounds on what would have been a first-down catch. It was an example of poor awareness, even if it didn’t end up mattering in the end.