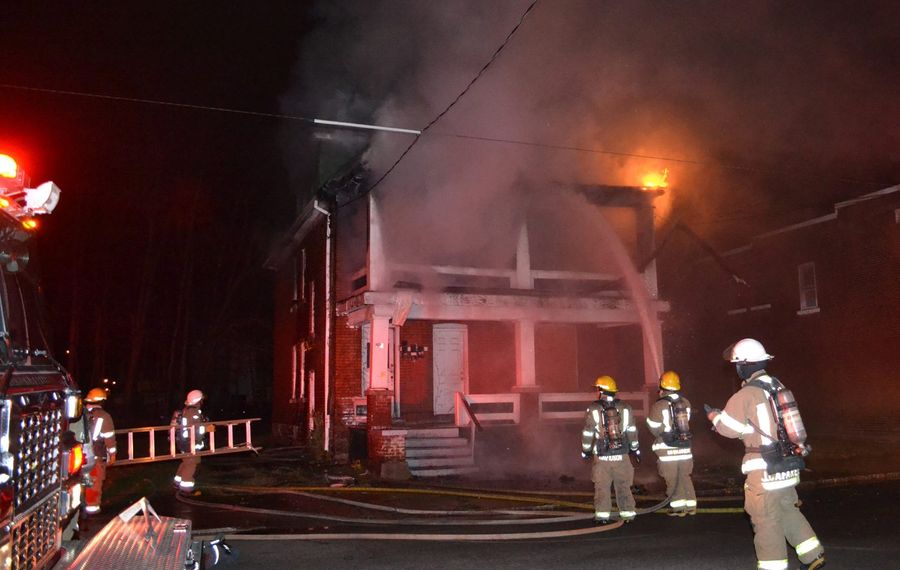 LOCKPORT - The Niagara County Legislature is expected to vote Tuesday night to give the City of Niagara Falls land for construction of a new fire training tower.

The plot at the corner of James Avenue and Hyde Park Boulevard once was the site of a county-owned fire tower.

"There was a fire tower there for years, an old concrete training structure that got real run-down and worn out, and had to be condemned and demolished," county Fire Coordinator Jonathan F. Schultz said.

The tower was torn down more than a decade ago, but the county continued to hold title to the property.

The city obtained a $500,000 grant from the state Dormitory Authority to build a new training tower, but the terms of the grant require the money to be spent on city-owned property.

That's why the County Legislature needs to act. The land will be sold to the city for $1, as the Legislature is to declare it surplus property.

The Niagara Falls Fire Department had zeroed in on a city-owned parking lot on 31st Street, adjacent to the former police headquarters, but nearby residents opposed the idea and the City Council last month rejected the site.

Fire Chief Thomas Colangelo told The Buffalo News last month that the new tower will be the size of a two-story home, and also will include an angled section allowing training for rescues such as those the department often confront in the Niagara River Gorge.

The tower will use smoke machines, not actual fires as in the old days, because of enhanced safety regulations.

Schultz said the training site will be available to volunteer fire companies, too. "They're going to open it up to everyone, is my understanding," he said.