Masten Councilman Ulysees Wingo a couple weeks ago told me he'd made his point, and feels he got a conversation on race started, so would likely be saluting the flag during the Pledge of Allegiance at the upcoming Council meeting. No more raised fist.

But much has changed in the  past two weeks.

Wingo says his support is growing. More people than before, he said, are interested in attending Tuesday's Council meeting to endorse his message against racism, and his protest of police killings nationally against African-American.

So on Tuesday, Wingo will again raise his fists while his Council colleagues salute the flag.

And likely, many more people in the audience - black, brown and white - will be joining him.

A hate letter Wingo recently received is among the things that seems to have strengthened Wingo's support.

The anonymous letter, which Wingo posted on his Facebook page,  was filled with racial epithets (the n-word) and a general disdain for many African-Americans.

It was that letter, in fact, that prompted South District Councilman Chris Scanlon to stand up on the Council floor earlier this week to speak out against racism. 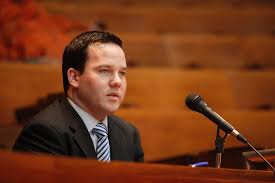 Scanlon also blasted the anonymous letter writer as "a coward to say the least."

"I appreciate my colleague's words. I am deeply moved," Wingo said.

"He displayed real leadership as he stepped up and called for an end to bigotry and racial intolerance in our great city!" Wingo said of Scanlon, adding: "This deserves to go viral because TODAY the Buffalo Common Council, as a whole, was lit!" 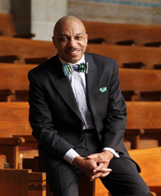 Scanlon told his colleagues that as he watched news reports a few weeks ago displaying racial strife, he felt guilty that he didn't speak out last year when Pridgen and other African-American leaders were verbally attacked in a tape-recorded racist rant by Joe Mascia, then a Buffalo Municipal Housing Authority commissioner.

After watching the news that night,  Scanlon contacted Pridgen, and apologized for not speaking out.

Pridgen said he and his wife were so moved that his wife was in tears.

"I didn't realize I wasn't totally healed," Pridgen said, referring to the pain inflicted by the racist comments. "It helped. I appreciated that."