Commentary: For general admission, 111 beers will be available to sample over the course of three hours - VIP ticket holders can enter an hour early and receive access to rare beers. The best names of some of the out-of-town beers? Blue Paw Wild Blueberry and Monkey Fist IPA are my nominees.

[Related: Smiles at the 2015 Buffalo On Tap Harvest Festival]

Commentary: Black Morgue Manors will throw a ghoulish (not goulash) party on Saturday in cavernous RiverWorks (lots of places for monsters to hide in there).

DJ Moe will spin one of Buffalo's first major Halloween parties of the season, which also features a zombie paintball shooting gallery, a Buffalo-inspired buffet and two free drink tickets for 21+.

Commentary: The family-friendly event congregates at Wilkeson Pointe - prepare for cooler temperatures than you might expect - where magic shows, live music, a hay playground, kids crafts and ample food and drinks will satisfy.

There's also an alpaca petting zoo, which caught my attention - are they naturally friendly creatures? They look extremely playful, and most have great haircuts.

4) Nickel City Drink, cocktail-focused events at bars all over Buffalo. Prices vary, although many events are free to attend.

Commentary: Buffalo's cocktail craze has had a bit of a resurgence through Nickel City Drink, a five-day festival intended to draw attention to bars and bartenders taking the craft to new heights.

From Marble + Rye to Toutant to Mes Que and more, businesses around the city are hosting a bevy of events, from educational, to dinner pairings to parties. Here's the list of happenings, and check out a photo gallery from The Sacred Bond, held on opening night in Town Ballroom. 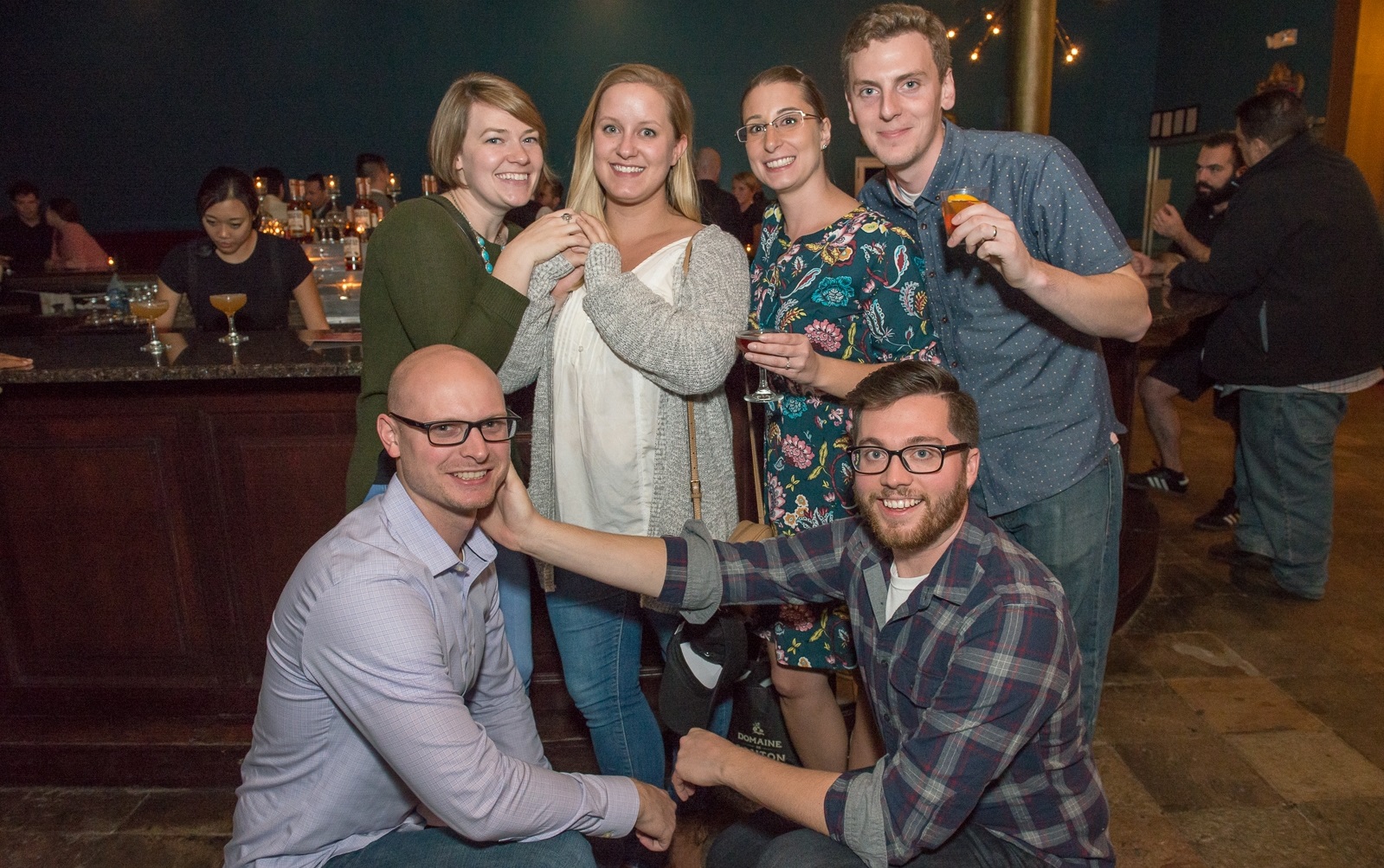 Nickel City Drink kicked off with an event at Town Ballroom called The Sacred Bond. (Matt Weinberg/Special to The News)

Commentary: Buffalo-based band Aqueous celebrates its Thursday release of "Best in Show," an EP, with a gig at Buffalo Iron Works in the Cobblestone District on Friday.

The four-piece groove-rock band has produced three full-length albums previously and opened for LOTUS, Papadasio and Umphrey's McGee, among other mainstream names. Read more about the band here. 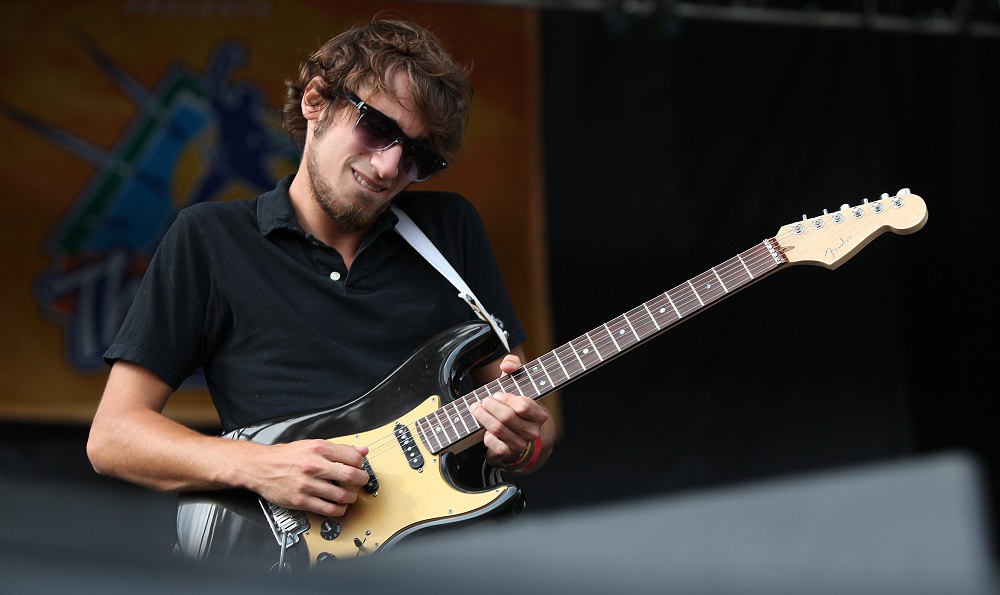 Commentary: Given the nationwide clown scares, there's a bigger emphasis this year on safe trick-or-treating. Local group BuffaloMommies invites families to a Halloween-inspired gathering with a twist - candy will be doled out from the trunks of spooky cars parked in the church lot.

We do not believe there will be a correlation between the make and model of the car and type of candy distributed, but maybe that's an idea for future Halloween event planners with a flair for ethnic candy.

Commentary: Remaining tickets are sparse for this event, but it's notable because you don't see many like it. Attendees will ride the steam train while sampling a variety of ales and noshing on hors d'oeuvres. Plus, it's not every day we get a chance to highlight an event in both Arcade and Attica at the same time.

Commentary: The amateur salsa dancing competition should be quite the spectacle. Three pairs of performers will compete at an event that benefits Roswell Park Cancer Institute Patient Services. Attendees are encouraged to wear blue as the theme.

Commentary: Designers, do-it-yourself-ers and artists took advantage of wares provided by Buffalo ReStore to churn out useful pieces - like the cool armoire-turned-bar teased on the Facebook event page, pictured below - for the public to buy. An assortment of wooden tables, a dog house, a wine cabinet and chairs are among the clever creations to be displayed. 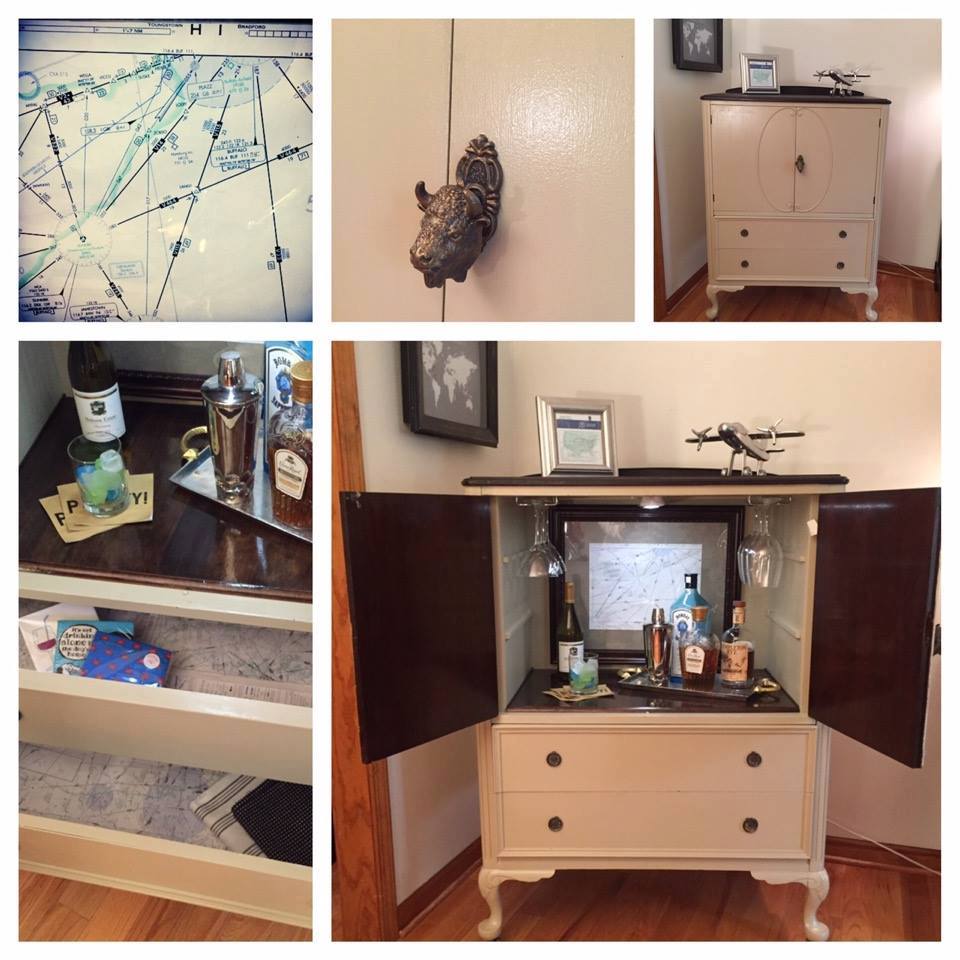 An image of an armoire turned bar from the Buffalo ReStore Facebook event page.

10) Brothers Osborne at UB Tailgate Concert Series, 12:30 p.m. Oct. 15 in Stampede Square outside UB Stadium at north campus. It's free to attend, but VIP tickets run for $36 apiece (include preferred viewing for concert, game ticket, more). Ticketing options for the football game can be found here.

Commentary: The Grammy-nominated country music duo featuring John and T.J. Osborne kicks off the Saturday afternoon festivities before the UB Bulls host conference foe Ball State at 3:30 p.m. Recently on tour with Miranda Lambert and Kip Moore, Brothers Osborne will draw a crowd to Stampede Square on what should be a balmy fall Saturday. 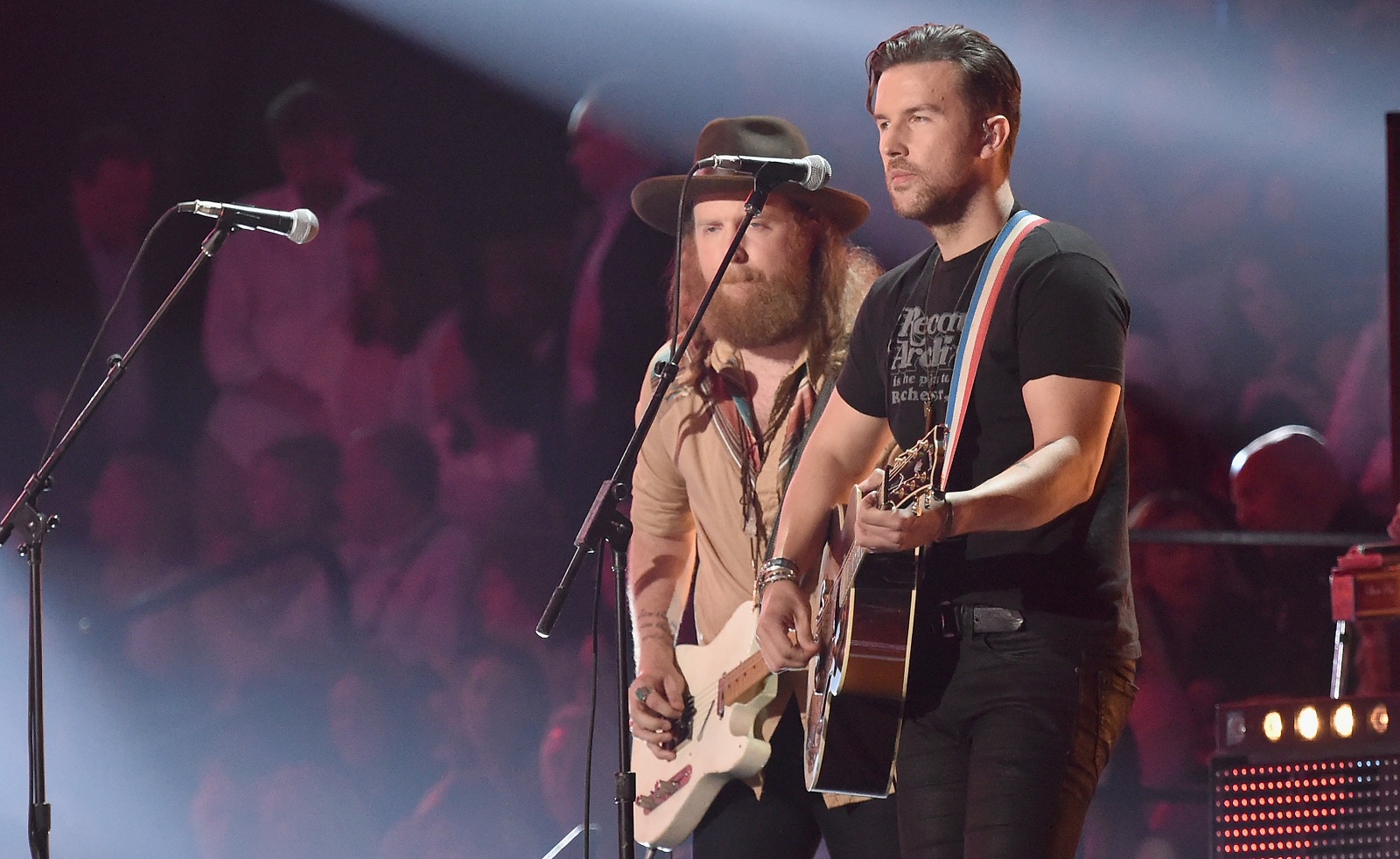 BONUS: Flights and Bites with Eric Wood Foundation, 7 to 10 p.m. Oct. 17 at Big Ditch Brewing Company (55 E. Huron St.). Tickets are $75 for general admission or $125 for a premium ticket, which includes a mini helmet signed by the Buffalo Bills. Ticket info here.

Commentary: A swanky party with the Buffalo Bill known for his curly blonde hair and powerful blocking at the heart of the offensive line? Count us in. The NFL player's foundation helps kids with serious illnesses, special needs and physical challenges throughout the Greater Buffalo area. 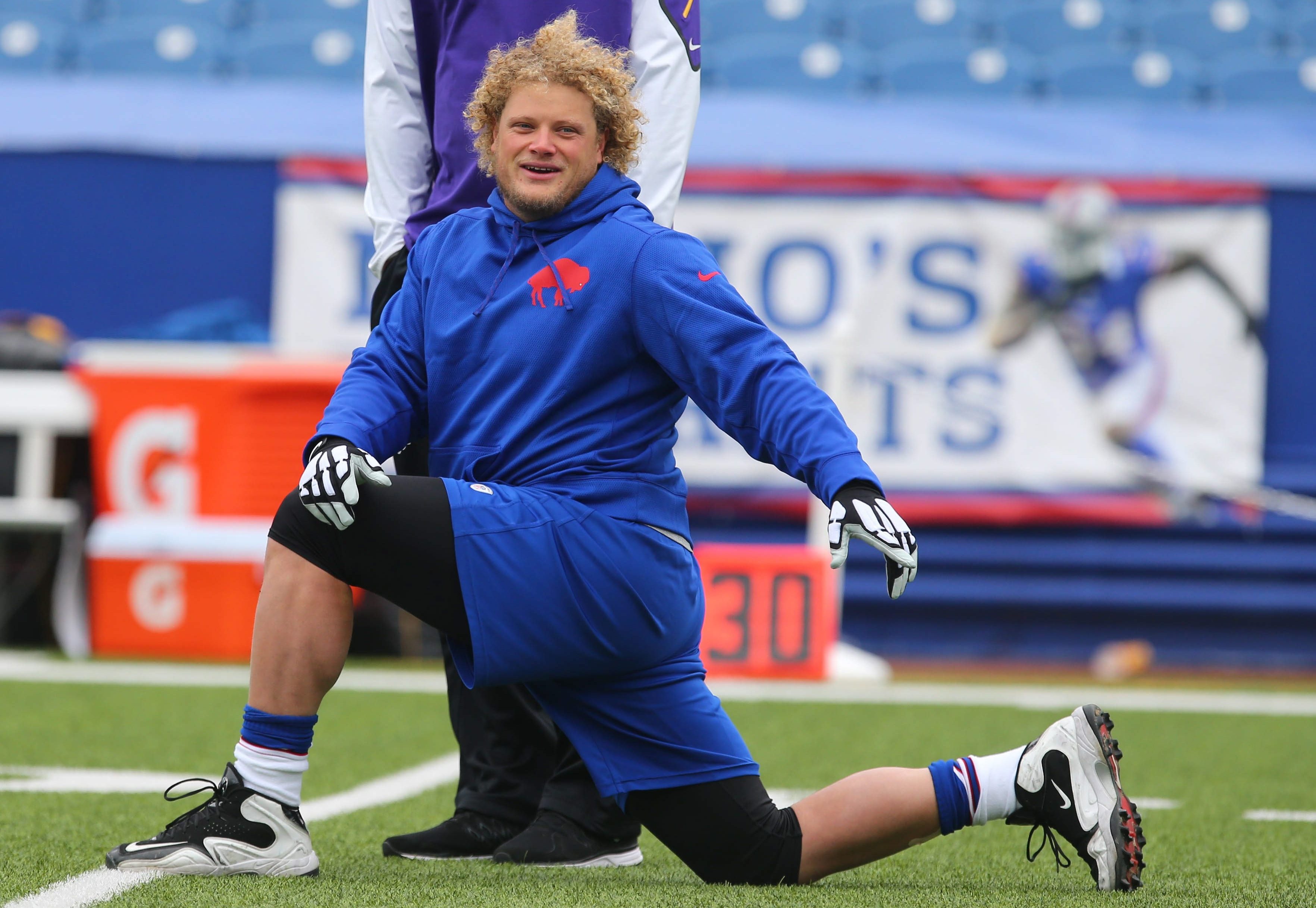 Email Ben Tsujimoto, who advises Eric Wood to keep his hair away from the food, at btsujimoto@buffnews.com