Aaron and Micaela LaJoie are frustrated.

The newlyweds have been searching since February for a home to buy in Amherst, but with no success amid the red-hot housing market in Western New York.

They've made offers on five houses, always in excess of the asking price.

Yet they've lost out all five times, sometimes by more than $30,000. One house even sold while they were touring it.

Now they've expanded their search and raised their budget, just to keep their options open. But with a shortage of homes on the market, they're struggling to find anything they can afford that's also worth the price.

[See photos of the homes the LaJoies tried to buy]

Welcome to the world of house-hunting in the Buffalo region in 2016 -- a dream for sellers, but a nightmare for buyers.

It's a world in which homeowners rub their hands with glee at the prospect of commanding high prices, while house-shoppers wring their hands in anxiety wondering how high they have to go to beat back their rivals.

That's because of a major mismatch between the forces of supply and demand that traditionally drive a free market.

Continued record-low interest rates remain highly attractive for buyers, who eagerly want to close a deal before the Federal Reserve raises rates. But there aren't enough good-quality, well-priced homes available for sale in those areas to meet that high demand. New listings have been down month after month, and the inventory of homes is unusually low, according to the Buffalo Niagara Association of Realtors.

"There is not much to pick from," said broker Greg Straus of HusVar Properties, the LaJoies' real estate agent. "It's the supply that's really hurting."

So hordes of buyers converge on the same homes as soon as they hit the market - like shoppers flocking to doorbuster deals on Black Friday - creating frenetic competition and driving prices skyrocketing. The result has been record levels of home sales in Western New York and near-record prices.

The LaJoies' struggle largely mirrors what many area home buyers are experiencing.

Just last week, the LaJoies looked at an updated two-story Colonial in the Dutchmill Estates neighborhood of Amherst, with four bedrooms in 2,258 square feet of space, adjacent to a pond. 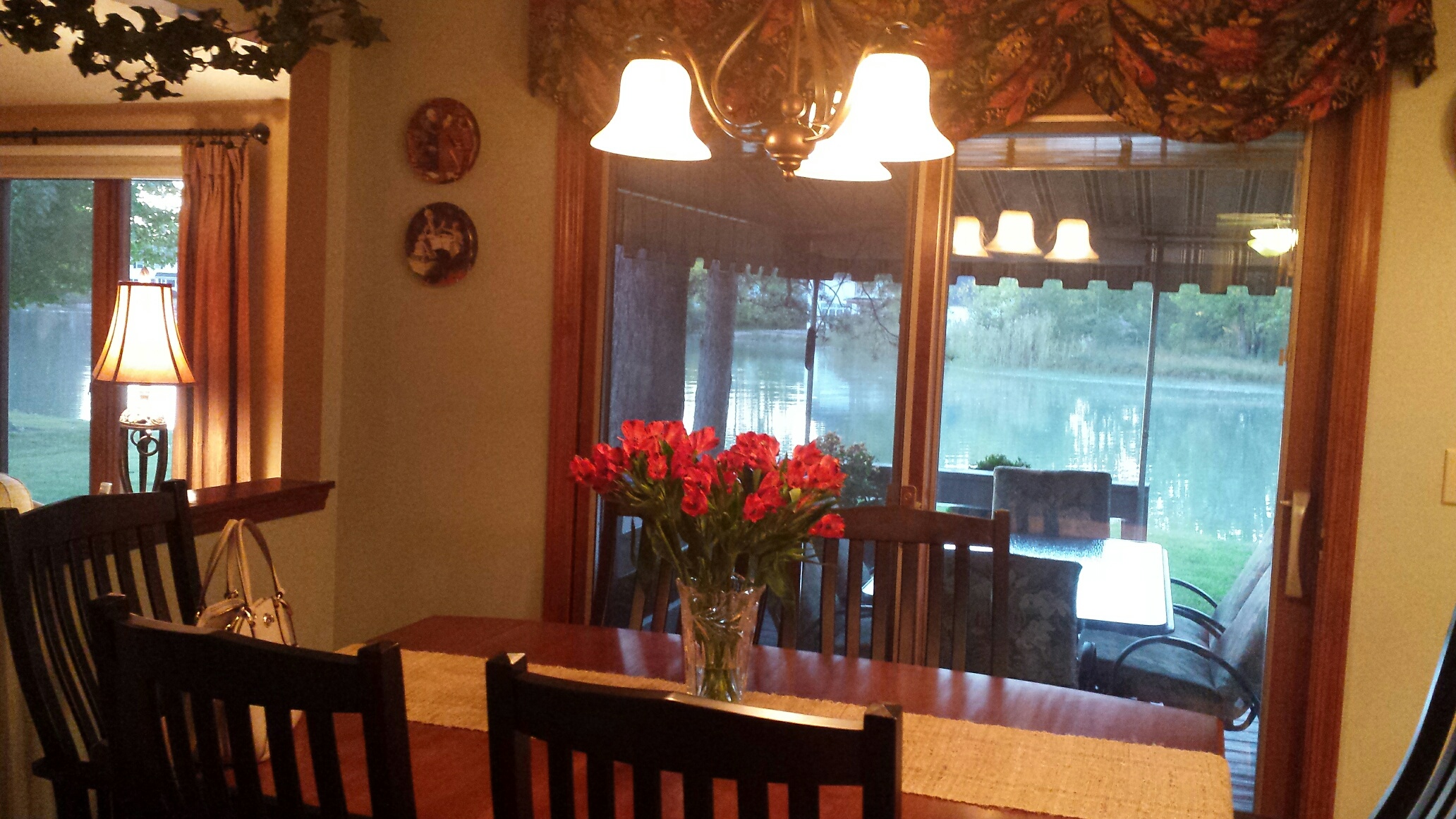 The LaJoies toured this home, next to a pond. (Jonathan D. Epstein/Buffalo News)

The house was listed at $289,900, but already had offers for more than $300,000 before the couple even arrived. And as a parade of other would-be buyers marched through with their own agents, the LaJoies' hopes dimmed.

“I would like to bid on it, but knowing what it will probably sell for, I wouldn’t put in a bid with confidence,” Aaron said.

Meanwhile, other houses languish on the market, because they're not in the desirable areas, they weren't kept up, or they're overpriced for their condition and location. And the buyers who lose out on deals, repeatedly, are left sitting with their disappointment, waiting for their turn to come.

"There is really literally nothing my clients like on the market," Straus said.

The young couple never expected it to be this difficult to find a home, especially with two incomes from good-paying jobs and what they thought was a fairly broad budget. After all, this was Buffalo, and they figured they knew it well.

Originally from Tonawanda, the couple met as teenagers, and have been "very, very good friends" since their freshman year at Kenmore West High School.

After college, Micaela moved to Washington, D.C., to work for Ritz-Carlton and Aaron later joined her. They lived in the suburb of Arlington, Va., for a couple of years, but like many expatriates, Aaron in particular knew he wanted to move back to Buffalo eventually, and they did so three years ago.

Aaron got a job as a mechanical engineer at PRZ Technologies in Lancaster, helping to design custom specialized machine tools. Micaela - who goes by Kayla - is the business travel sales manager for Delaware North's new Westin Buffalo Hotel in downtown Buffalo.

The couple lived in a smaller home in Tonawanda, which Aaron actually bought in 2009. But after they got engaged - they were married in June - they decided they were ready for a larger home. So they signed on with Straus last February to begin the hunt.

"We’re looking for something that we want to be in for a long time, something with a little bit more space, that we can grow into with a family," Kayla said.

Initially, their goal was to ensure that the house closing would not happen around the same time as the wedding. But "that's come and gone, and we're still looking," Kayla said ruefully. "It’s definitely been a little bit of a journey for us, to say the least."

Given their respective job locations, the pair wanted easy access to the main highways, and decided to focus their search primarily on the Amherst and Williamsville school districts, particularly the areas around Snyder or Williamsville.

They're looking for a home of about 2,000 square feet, with three or four bedrooms and two bathrooms - a bit bigger than a "starter" home, and more updated, Kayla said. And they set a target maximum of the low-$200,000 range to start.

In Western New York, the average sales price this year through August is just over $153,000, while the median price is $129,000. That means many houses in the area should fit well within the LaJoies' budget. Or so they thought.

Instead, they quickly discovered the choices were slim for what they wanted in their original price range. And even more importantly, the homes that did meet their goals were flying off the shelf faster than they could get to them. Indeed, they soon learned that when a home was listed toward the end of the week, "best and final" offers would be due by the following Tuesday - leaving only a weekend to look at a house and make a decision.

In one case, Kayla recalled, the couple made an appointment for a Sunday to view a house that had just come on the market on Thursday. But they learned on Saturday that the homeowners weren't going to wait; they wanted final offers by early the next day. "It's really that quick," she said.

So they raised their budget, at first to $250,000, and eventually as high as $300,000. What they didn't expect was how the high prices would go. “We used to think we could never afford to buy a house in D.C., but the Buffalo prices are getting close," Aaron said.

Since February, the couple viewed more than 350 homes online and actually toured about 40, including about 10 with Straus and the rest on their own. So far, five houses met their goals enough for them to place offers.

The first was a two-story bungalow on Westfield Road, featuring off-white shingles, brown shutters to match the roof color, and a domed front porch, with four bedrooms and three full bathrooms. With nearly 2,800 square feet, it had a large eat-in kitchen with an island and breakfast bar, a family room with a brick fireplace, a formal dining and living room, cathedral ceilings, a jacuzzi tub, a deck and awning, and a finished basement. It was built in 1920.

The house was listed at $269,888 -- higher than their original target, but within their revised budget. Figuring they'd have to offer more than asking to win the day, they bid $275,000.

Moreover, the LaJoies made their offer without a contingency. That is, they didn't ask the sellers to wait on a closing until they could sell their Tonawanda home. "We thought that would be a strong selling point," Kayla said.

“We would have thought $300,000 would have been way more than we needed or wanted,” Kayla said.

Next came a four-bedroom brick Colonial Cape Cod on Halwill Drive in Snyder, with 2,600 square feet. It had an updated kitchen and bathroom, with a family room, dining room, first-floor bedroom and office, mudroom, granite countertops, hardwood floors, and professional landscaping with a waterfall and pond. It was built in 1961.

"We submitted bids well over asking and weren’t even close," Kayla said. "These houses are going for 10 percent over asking, and that’s what we didn’t expect."

So they tried downshifting in size with their next two, on Lafayette Boulevard and Parkwood Drive.

The first, listed at $299,500,  is a renovated Cape Cod, with 2,263 square feet, four bedrooms and 2.5 bathrooms, built in 1950. It has a first-floor master bedroom with cathedral ceilings, a glamour bathroom, a walk-in-closet, a customized maple kitchen with granite counters, a first-floor laundry, a great room with a gas fireplace, and oak flooring. 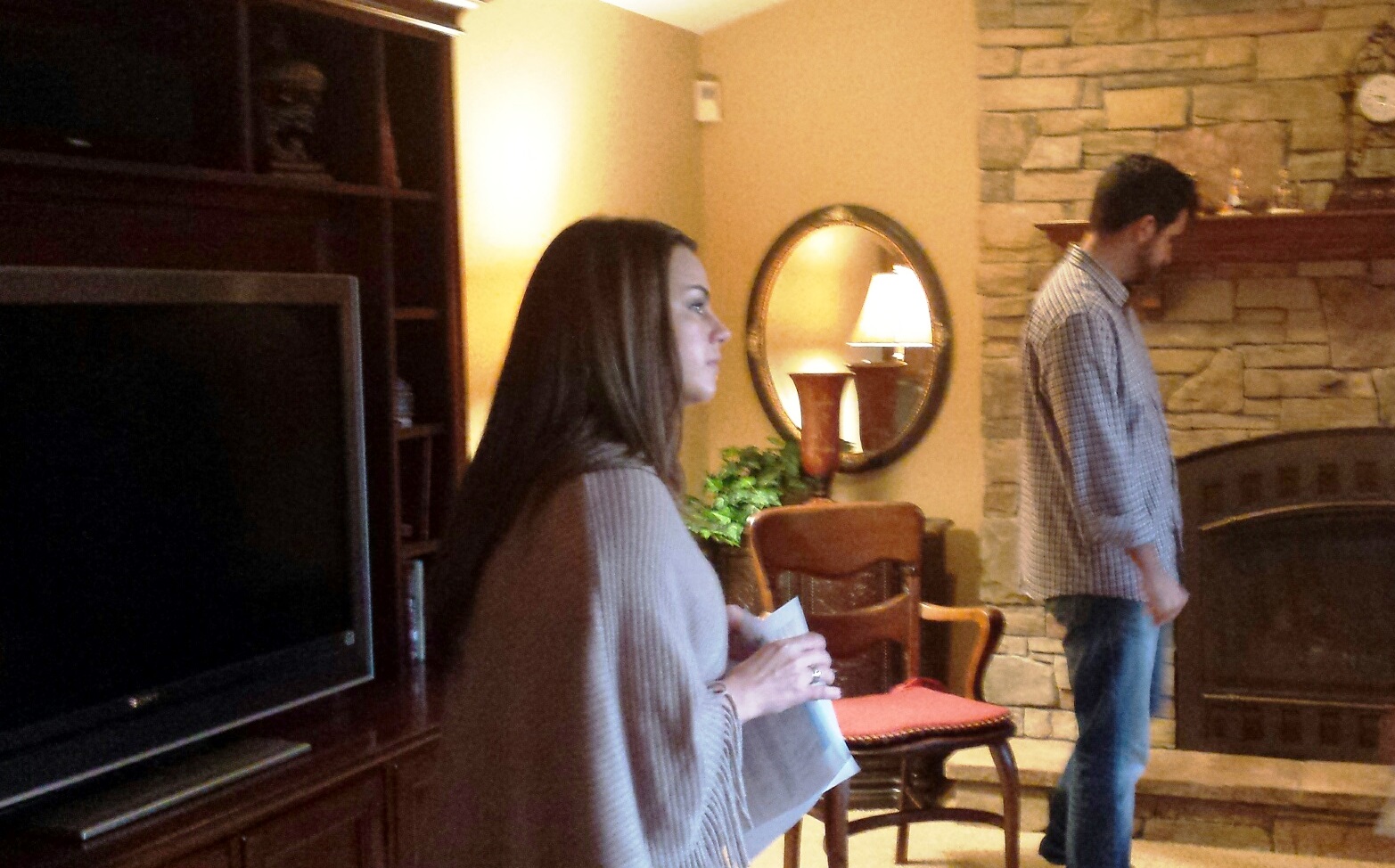 The second home, dating to 1955, had just three bedrooms and two bathrooms, in 1,870 square feet, in Snyder. The renovated home had a slate-floor foyer entry and mudroom, a formal living room and dining room with a fireplace, granite and cherry wood, a kitchen with neutral cabinets and stainless-steel appliances, a marble-floor full bathroom and shower on the first floor, and a double-sink console and stream shower in another bathroom.

Finally, the couple toured an updated Darwin Drive home in Snyder, with architectural detailing, large windows, hardwood floors, a living room fireplace, a breakfast bar in the kitchen, a family room and a deck. Built in 1927, it was listed for $260,000, and had only been on the market for one day. Photos weren't even posted online.

It last sold 11 years ago for $135,000. Yet it went under contract, at the asking price of nearly two times that level, even while the LaJoies were inside checking it out.

It's now been eight months since they started looking for a home, with high hopes of having a place by now. They're still in the hunt, but clearly disappointed with the results.

With the start of autumn, activity has slowed down, as there haven't been a lot of additional homes coming up for sale. They've even begun looking at homes in other areas, outside of where they originally sought, because the inventory is so tight.

That's what led them to the Dutchmill Estates home next to the pond - not necessarily what or where they wanted.

They're trying to remain open to alternatives, although they want to stay under $300,000. But they're not impressed with much of what they've found. And they're content to wait until that changes.

"We check every day, at least once, to see what comes on the market," Kayla said. "We've gone to a couple of open houses, but nothing we were seriously excited about."