Shootings in Buffalo dipped in September, but homicides stayed on the same pace as they were this summer.

Seven people were slain last month in the city, matching August's total. It keeps Buffalo on a pace for 52 homicides by year's end, which would equal the city's average over the last decade.

The number of shootings dropped in September. However someone was shot a little more than every other day. From May through August, someone got shot in Buffalo roughly every day, according to a Buffalo News analysis of Buffalo police reports.

Through the end of September, at least 227 people have been shot in Buffalo this year. Thirty-two of those people died. But homicides take other forms.

Three people were fatally stabbed last month, including Adrian L. Steeprock, whose body was found Sept. 2 on the West Side not far from Waterfront Elementary School. Steeprock, 65, was set to retire later this year and move down to Florida, where his son and daughter live.

"He was only a couple months away from moving back down here with me," said Shawn Steeprock, who lives in New Smyrna, Fla., near Daytona Beach. 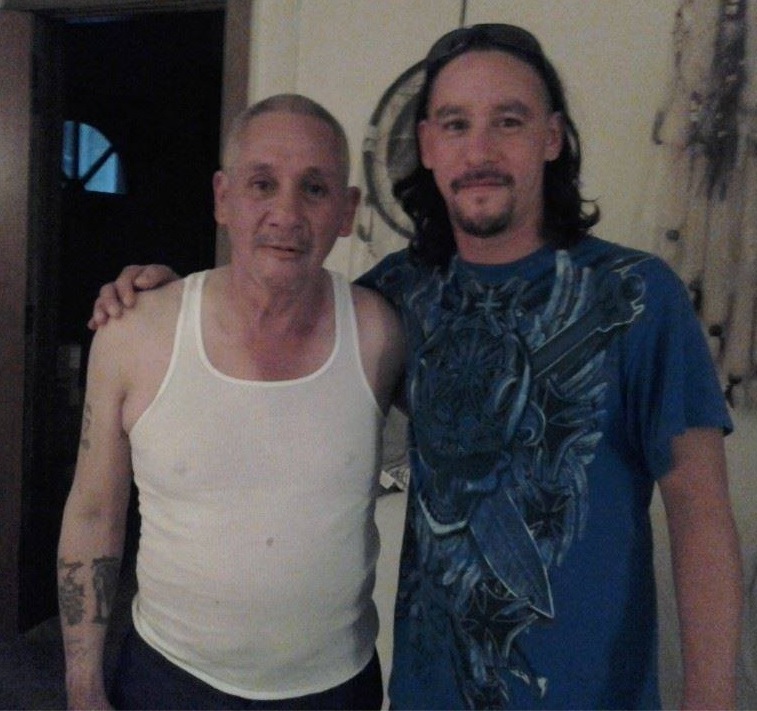 Adrian L. Steeprock, left, was found fatally stabbed on Sept. 2, 2016. He's pictured with his son, Shawn, in this photo taken about two years ago.

Adrian Steeprock, who had been working for Bison Laboratories in Buffalo, spent time in Florida off and on for about the last six years, according to his son. During his visits, he spent time with his two granddaughters and often went fishing. He liked watching the motorcycles during Daytona Bike Week. He also liked spending time out in nature, by the water, checking out wildlife or going on hikes and then sitting out there for hours, his son said.

The Steeprock family is Native American, and seeing animals or just being out in the wind would make his dad happy, Shawn Steeprock said.

"My dad meant the world to me," he said. "He was one of the nicest guys in the world. He would give you the shirt off his back."

Police have said little about the circumstances surrounding Adrian Steeprock's death. He was found stabbed to death around 1 p.m. Sept. 2  near tennis courts on Fourth Street, near Carolina Street.

Investigators are looking for leads in the case, and they've shared little with the Steeprock family. They have told the family they have no suspects.

"They were just kind of trying to puzzle the story together," Shawn Steeprock said.

His father had his own apartment, Shawn Steeprock said, but also liked to hang out on the street and drink with people.

Adrian Steeprock occasionally, maybe every few months, would just get up and walk off, saying nothing to the people around him.

"It wasn't all the time," but his father would "just get this urge," Shawn Steeprock said.

He said he thinks his father's alcohol problem stemmed from a troubled early life, including being in and out of foster care.

"I think that my dad had a really, really hard life when he was a kid," he said. His father didn't often talk about his younger days.

His father would avoid getting in fights, he said, and he didn't have any problems with anyone, as far as he knew.

"I just don't understand how this happened," Shawn Steeprock said.

In addition to the three fatal stabbings, at least 9 other people were stabbed in Buffalo last month.

Seven of the city's 39 homicides through September - or about 18 percent of killings - have been solved by police, according to the department's website.