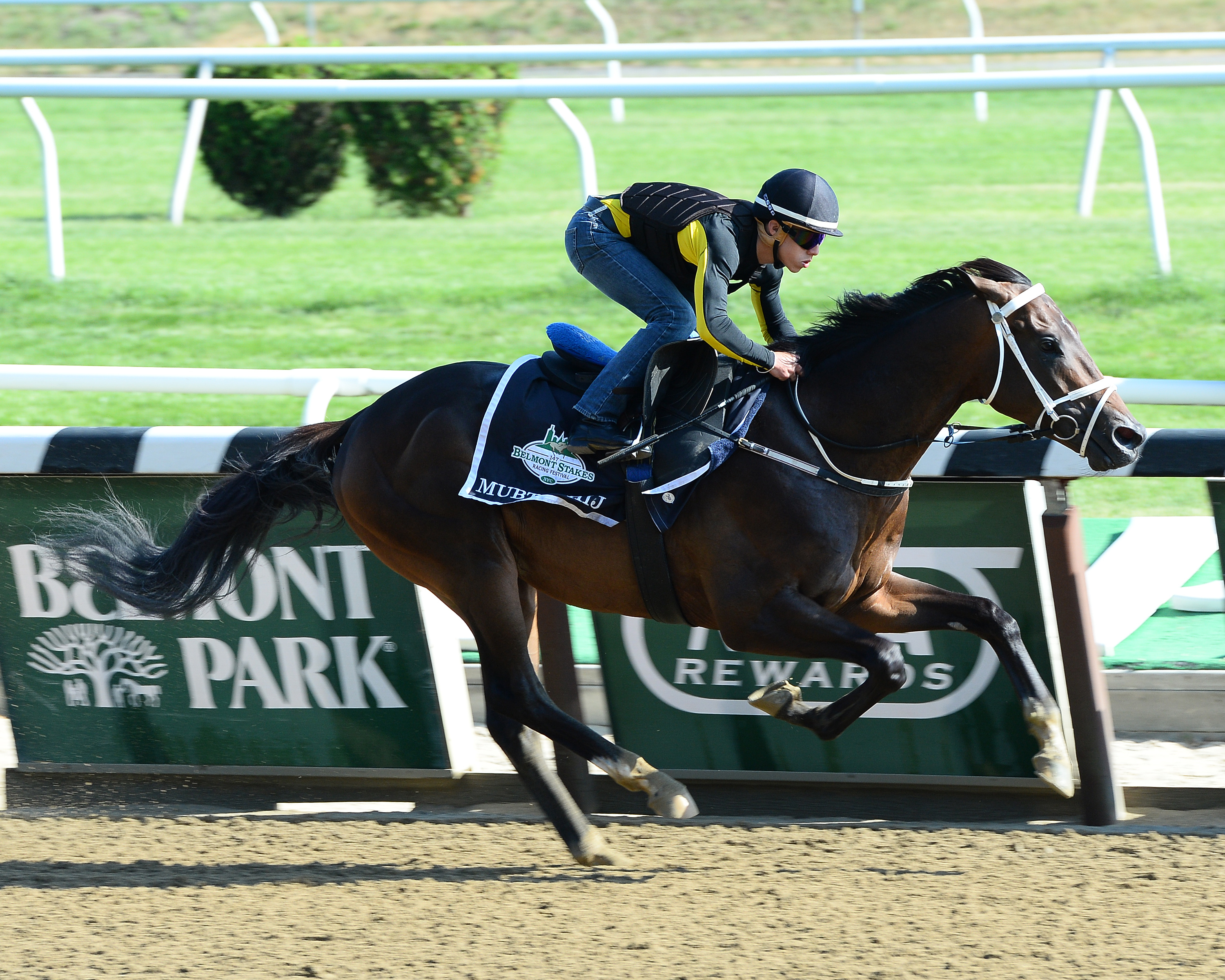 One of the biggest races during the fall Belmont meeting is the feature race on Super Saturday, tomorrow afternoon.  The $1 million Grade 1 Jockey Club Gold Cup (JCGC) for 3-year-olds and upward drew only six horses bidding for a berth in the Breeders’ Cup Classic with a victory. On Thursday evening, War Story scratched, thus the field is down to five.

Unlike in prior years, no 3-year-old colt will be in the gate at Belmont Park in Race 10 on Saturday. In the last 10 editions of the Gold Cup, a 3-year-old has won the race four times (Bernardini, Curlin, Summer Bird, and Tonalist).

Similar to the Whitney, where only six horses showed up to face Frosted, a small field will be in the gate looking for a free pass to Santa Anita as a “Win and You’re In” (WAYI) contest.

Speaking of Kelso, he won the Jockey Club Gold Cup five straight times between 1960 and 1964, one of the more amazing achievements in the history of racing.

Here’s a look at the entries for the JCGC (post position, horse, trainer, jockey, ML odds in parenthesis):

1 – Protonico (Pletcher, Castellano, 12-1). Could flash some early speed for Pletcher and has the breeding to get the mile-and-a-quarter, but enough questions about class has me shying away from the son of Giant’s Causeway. Will be a must use underneath in the third or fourth spots in the exotics.

2 – Mubtaahij (McLaughlin, Ortiz, Jr., 8-5). After losing the Woodward by a head to the late closing Shaman Ghost, this could be his coming out party. Second-place finisher to California Chrome in the Dubai World Cup in  March, this world traveler hasn’t embarrassed himself as the biggest earner in the field with $3.8M in career winnings. The pick.

3 – Hoppertunity (Baffert, Velazquez, 7-2). Loves to hit the board, doesn’t love to win. The son of Any Given Saturday may favor the East Coast competition though after slugging it out with California Chrome three times so far this year.  Baffert last won this race in 1999 with River Keen. There’s not enough speed for his closing style to put him on top.

(Serey, Gallardo, 30-1). His two career races at the distance have been total flops, although one was the Kentucky Derby. Will be first time over the track and has a rider not familiar with the Belmont oval, just moving his tack there for the first time ever from Presque Isle Downs.  He’s 30-1 for a reason.  [UPDATE: Scratched from race.]

5 – Watershed (McLaughlin, Rosario, 10-1). Second entry for McLaughlin, this one is owned by Godolphin. Looks like a nice horse, but stretches out to a mile-and-a-quarter for the first time and hasn’t fared well against graded company. Tossing.

6 – Effinex (Jerkens, Smith, 7-5). Wily veteran has only missed the board in a 10-furlong race once in seven attempts. Has a victory in the Suburban at Belmont at the distance and having the outside post with only six horses entered shouldn’t be a huge hindrance in the quirky starting spot for this race at Big Sandy.

Gene Kershner, a Buffalo-based turf writer, is a member of the National Turf Writers and Broadcasters Association, and tweets @EquiSpace