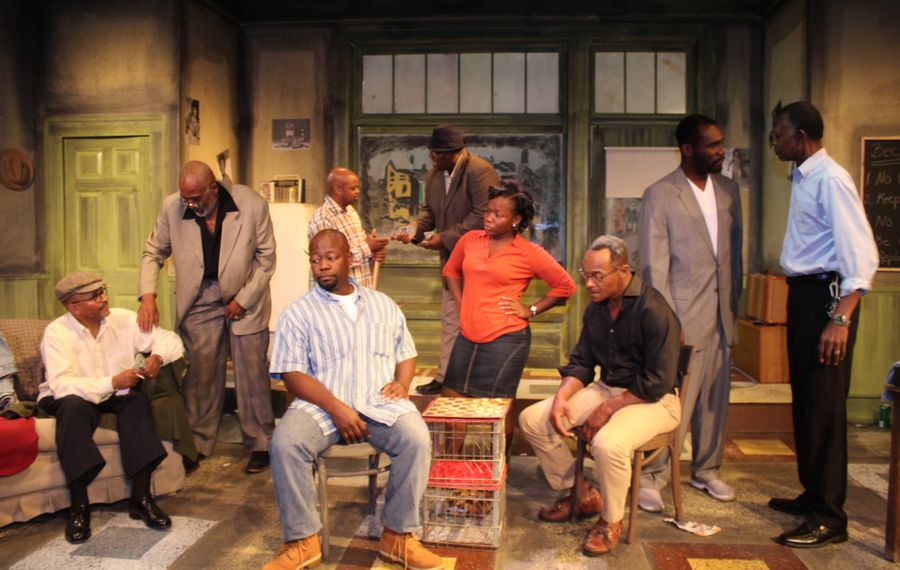 The late August Wilson, one of America’s finest and rightly acclaimed 20th century poet-playwrights, wrote a 10-play series known as “The Pittsburgh Cycle.” They were stories of “The Great Migration,” the fabled diaspora of some 6 million blacks from America’s rural, “deep and near South” to the country’s northeastern urban cities.

Beginning with “Gem of the Ocean” set in 1900 and ending with “Radio Golf” set in 1990, Wilson’s stories, each set in a different decade, were tales of black families not long removed from slavery arriving dazed and stunned in strange surroundings but buoyed with the promise of factory jobs and a new life. They came, Wilson wrote in “Joe Turner’s Come and Gone,” with “their pockets lined with dust and hope.”

“Jitney,” a 1970’s slice-of-life in Pittsburgh’s Hill District - largely black, nearly all of its residents with “Great Migration” roots - has opened at The African-American Cultural Center’s Paul Robeson Theatre.

The wise Willie Judson directs a cast of nine, including himself, Andy Finley, Christina Foster, Johnny Rowe, Leon Copeland, Charles Everhart, Roosevelt Tidwell III, Al Garrison and an actor known only as Fisher. They are drivers at a gypsy cab company, their cars rusty, their wages meager. They each have a story to tell: “dreams deferred,” as the pundit/poet Langston Hughes once called them.

When speaking of his Hill District plays, Wilson often said that “If you put them all together, you have a history.” “Jitney” is the eighth play in the collection, a three-hour shift with the rag-tag cabbies, their comings, goings, spats, foibles, histories. It’s all under the tough but fair supervision of boss Becker, seemingly stolid but really a keeper of a terrible hurt. His son, Booster, a convicted murderer, is finishing his sentence in prison and is coming home. Becker, shamed, never visited Booster in 20 years.

The cab “station” is tense. Turnbo, Daub, Shealy and the others have their own problems – marital, booze, anger, lives gone awry – but this father-son reunion promises trouble.

And trouble does indeed arrive home with Booster. “Jitney” is full of confrontation and argument - personalities can clash over who’s springing for coffee - but there is a long-festering, emotionally charged, in-your-face scene between Becker (Judson) and Booster (Tidwell) that will be ingrained in your memory. They move, they parry, they blame, refuel, ready for more battle. There are tears on both sides of the footlights.

But, this “Jitney” can also plod, some scenes tedious, others superfluous. Always, though, Wilson’s poetry surfaces and his many universal themes loosened in that rickety cab station – love, duty, betrayal, survival, even beauty – appear in a soliloquy by someone unexpected, a sidewalk sage, commenting on everyday life in The Hill. It’s Wilsonesque.

Director Judson gets fine and consistent work from his ensemble, particularly the one-named actor, Fisher, as the gossipy, mean-spirited Turnbo and the same from Copeland, a Robeson favorite, as mother hen Daub. Strong work down the line.

“Jitney” ends sadly and surprisingly, with a flicker of hope. There has been a funeral. Someone says, “You know, he never got out of life what he put into it.”

Please, mourners seem to say, no more of that talk on The Hill.

Note: “Jitney” is the only play from “The Pittsburgh Cycle” never to appear on Broadway. This oversight will end in December when the play goes into preview performances, gearing up for a January opening. Lackawanna-born Ruben Santiago-Hudson, an August Wilson disciple, will direct.