A Bemus Point cook who got his culinary education in Florida, France and Manhattan has returned to open an ambitious Chautauqua County restaurant.

Brian Kiendl opened The White Carrot on Sept. 2. The building, 4717 Chautauqua Stedman Road, Mayville, was formerly Mazza Chautauqua Cellars, a wine-tasting center. His wife Robin, who also grew up in Bemus Point, owns Jamestown’s Gary N. Johnson insurance agency, which she took over from her father.

At The White Carrot, “garden tomato tartine” means just that. Thirty-five tomato plants behind the restaurant supply the daily menu, and are among vegetables that Kiendl’s crew are canning for winter. After Kiendl and his wife Robin closed on the building this spring, he put in a nearly half-acre garden. “Vegetables come from the ground 40 minutes before you eat them,” he said. 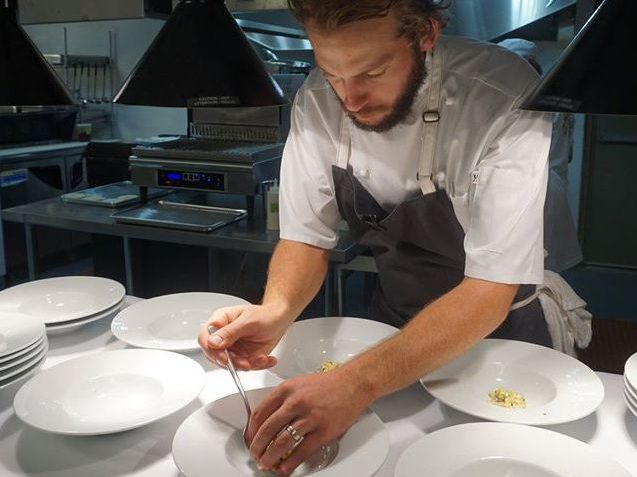 In farm-to-table style, Kiendl’s crew is filling basement shelves with pickles and preserved items from the garden, and stashing bushels of potatoes in a root cellar.

Kiendl started cooking in Florida, graduated from the French Culinary Institute, then spent seven months working for Chef Jean-Paul Battaglia at L’Affable, he said. He returned to New York, and worked as a chef de partie at Boulud Sud and the Museum of Modern Art’s members dining room before deciding to come home.

Sample menus can be viewed here, but “I’d say 30 to 40 percent of the menu changes every day, due to seasonality and market prices,” Kiendl said. (Hat tip: David Flynn)

Yoshi will open at 33 Elm St., with about 50 seats and a beer and wine menu. The building has been gutted, and is being renovated, with the addition of French doors and other details, Marabella said. It was last the Ice House, a bar.

In Japanese, Yoshi means virtuous, or good luck. In a tight market for restaurant talent, Marabella said he had the good luck to find Kenneth Legnon, his chef. Legnon’s experience with Japanese cuisine and sushi most recently includes a three-year stint at Seabar. He came to Buffalo six years ago as the private chef for the Jacobs family, which owns Delaware North.

When it comes to sushi, “I’m kind of a traditionalist,” said Legnon, who grew up about an hour north of Lafayette, La. “At a sushi restaurant I go straight omakase and ask them to feed me what they would feed themselves.”

That doesn’t mean his sushi will all be classic Japanese styles. “There’s going to be some kitschy items, funny names for rolls, cream cheese and spicy mayo,” he said. “But for the most part, I’m going to focus on simple, clean, easily presented and easily accepted traditional-ish-with-a-modern twist.” 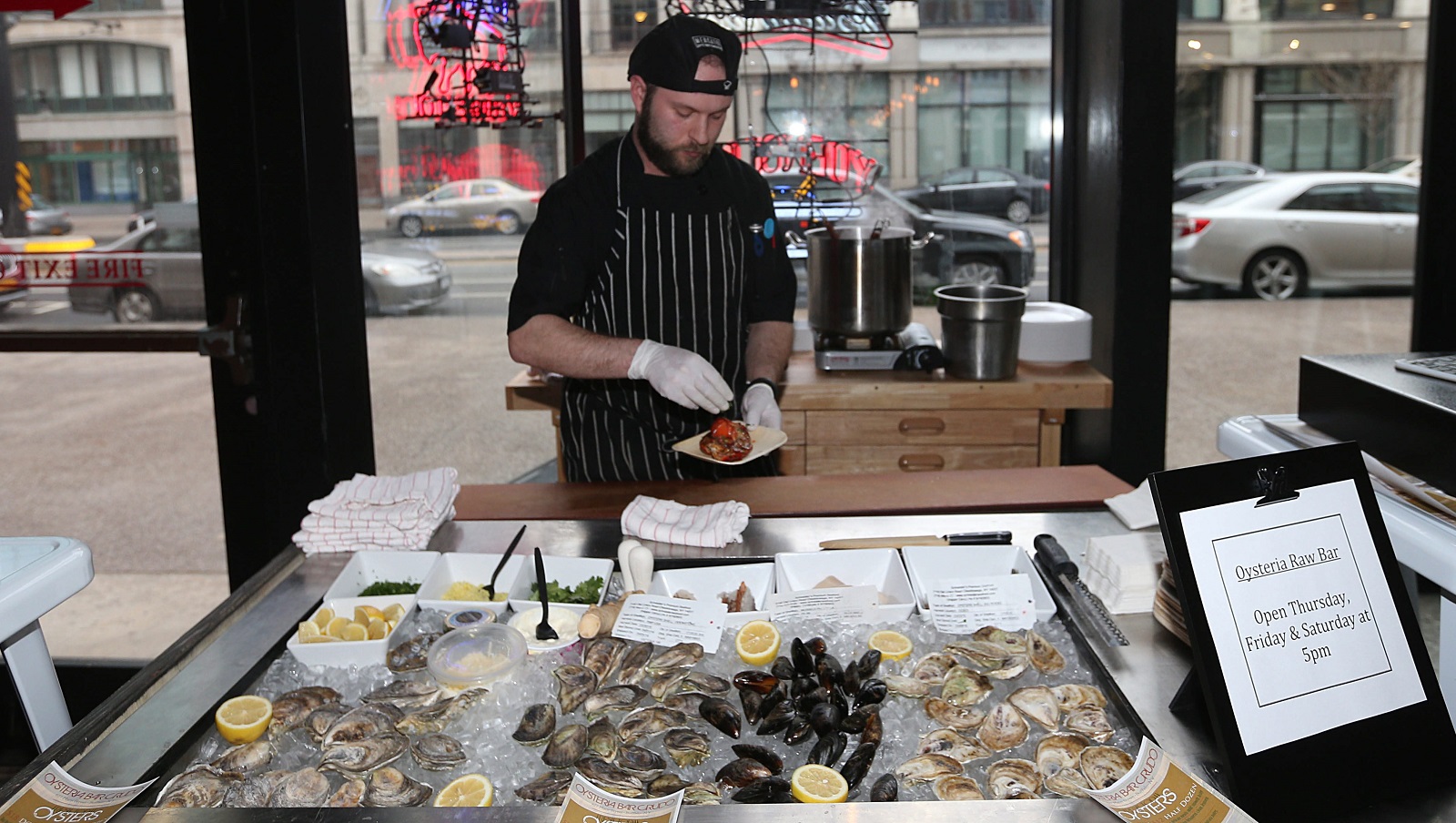 Marabella’s business partner is Robert Karp, a real estate agent Marabella met when Karp was a student promoting shows at Broadway Joe’s in University Heights. Marabella owned the bar from 2001 to 2009.

Marabella has been a professional musician for about 20 years, including eight years with Sweatin’ Like Nixon. He currently leads the Sam Marabella Band, with various musical partners, which he said did 170 performances last year.

He’s the rare rocker who got into real estate. “There’s always one musician in a band who will book and organize the band,” Marabella said. “I was that guy.”

He’s opening Yoshi because he lives nearby and wanted a place he wanted to eat in. “I don’t see much ethnic food in that area, mostly pub food, and I want to eat healthy,” he said. “I think there’s a need for it.”

So when will it open? “We’re hoping late fall,” Marabella said. Yoshi sushi will be available at the East Aurora Co-op too, if all goes as planned.