Minutes before Kevin F. McCabe’s pickup slammed into the back of a tractor trailer on Route 16 in Sardinia, he texted a photo to a relative of him and his 4-year-old son Tristan in the front seat.

Next to the boy was his cousin, Katherine McCabe, 7.

Prosecutors said there was no evidence that he was texting while driving last Oct. 8 but the photo did show that the children weren’t in the backseat of the king-cab truck or even in child safety seats.

Witnesses testified that McCabe never tried to brake before his truck rammed into the truck at 52 miles per hour. And investigators said the pickup crossed over the fog line to hit the rig on the shoulder.

Tristan was so badly injured in the crash that first responders couldn’t put a tube down his throat. He died the next day in the hospital. Katie suffered a broken leg.

And McCabe, 33, was convicted of manslaughter on Wednesday. The State Supreme Court jury decided that he recklessly caused the death of his only child. McCabe also was found guilty of two misdemeanor counts of child endangerment, related to Tristan and his cousin. 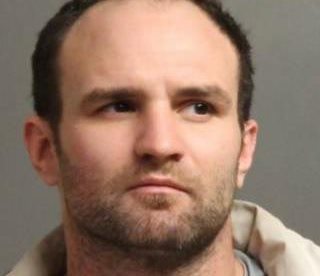 However, the jury unanimously agreed that McCabe was not guilty of the higher charge of vehicular homicide or of vehicular assault. Jurors did not want to discuss their decision after the verdict, but it’s possible that they found reasonable doubt as to whether McCabe was driving while impaired at the time of the crash.

Investigators and prosecutors said McCabe was on methamphetamine that tragic afternoon. A toxicologist testifying for the prosecution said McCabe’s blood tested positive for the chemicals in methamphetamine but also said cold medicine tests the same way. The witness said he could not be specific as to when the chemicals were ingested or what level of impairment, if any, they caused.

McCabe sustained a serious head injury in the crash and told investigators he could not remember the moments before he hit the truck. His attorney, Scott Riordan, said that was why McCabe did not take the stand in the trial. Riordan said he believes the crash was a tragic accident caused by driver distraction.

Everyone involved agrees it was a tragedy, and it was clear from their testimony that many of those first on the scene are still coping with what they saw.

The crash happened at about 1:30 p.m. on a sunny autumn day, with blue skies and a dry road. McCabe’s pickup was piled full of household belongings. He was moving from Kenmore to a new home in rural Belfast. Katie McCabe had stayed overnight with her uncle in Belfast.

On the way back to Kenmore, the three stopped at Burger King. An employee there testified that she noticed at the drive-through that the kids weren’t in car seats, and she remembers because McCabe bought them milkshakes for breakfast.

After loading up the truck in Kenmore, the three were heading back to Belfast.

Mark Skobjak of Lackawanna was on the same road that day. He testified that he was pulling out of a parking lot on to Route 16 when the pickup passed him. He said he doesn’t believe it was going over the speed limit of 55 mph.

He saw it again when “it made a sharp turn, like he was going to hit the guardrail or something” but the driver was able to right the vehicle quickly.

A few minutes later he saw the pickup one more time, jammed under the tractor trailer, which was still moving into the driveway at Waste Management, dragging the pickup with it.

“Everything that was in that truck was all over the road,” Skobjak said.

He stopped and got out of his vehicle.

“I could hear a baby, a child, screaming, crying, and I thought ‘Oh my God, I don’t know if I even want to walk up to this truck.’”

He did, though, and saw the driver swaying back and forth and a blond child – Tristan – leaning against the driver. He didn’t see Katie, “because there was so much stuff in there.”

He was immediately joined by David Witter, a truck driver who was waiting to pull out of Waste Management as the tractor trailer was pulling in.

Witter testified that the rig was on the shoulder, going slowly, when he heard what sounded like a huge explosion. He and Timothy Manns, whose truck was hit, went to help. Manns quit driving trucks after the crash, prosecutor Lauren Nash said.

The little girl, whose leg was broken, was trying to push the windshield off her and crying, Witter testified. The little boy was moaning, “and the driver was just out of it.”

Witter said he managed to get a blanket over Katie to keep the glass off her while another driver who stopped to help, David Findley, pulled the windshield off. Someone else cut Tristan’s lap belt, and got the boy out of the cab. Dwight Ladd, a fire department rescuer, said when he arrived on the scene he noticed it looked like a full-speed impact. No skid marks. No swerve marks.

He went immediately to the boy, because he wasn’t breathing.

“He was covered in blood, there was bruising on his face, his cheekbones,” Ladd said. He gave more explicit details before he choked up on the stand.

“He was gray,” Ladd said softly, shaking his head. “He was very gray.”

Ladd said they went back and forth getting a pulse with the child, until finally it was steady enough to put Tristan in an ambulance. Ladd rode along to Bertrand Chaffee Hospital, where he left the child long enough to wash up.

“I had blood all over my hands, it was on my face – I was sweating, and I could taste it,” Ladd said. He held his face in his hands again at the memory.

Other testimony was more clinical and statistical. Truck drivers and investigators testified about the amount of force necessary to snap the ICC bar on a trailer, a bar designed to prevent vehicles from going under trucks.

Investigators who pulled the air bag control module said it showed a speed of 52 mph, no braking and no indication anything was done to avoid the collision.

Toxicology tests on blood drawn from Kevin McCabe after he was hospitalized showed a blood level of chemicals related to methamphetamine of 0.22, which prosecutor Christopher Belling said is the median level for impairment. The prosecution’s expert witness was less definitive, however, on what the source of the chemicals was.

Once the verdict was returned and the jury was dismissed, Justice M. William Boller let it be known where he stood on the case.

When the defense asked that McCabe be allowed to remain free on $10,000 bail until sentencing, the judge was in no mood.

“I was very disturbed by this methamphetamine thing,” Boller said. Raising his voice, he went on, “It disturbs me that there was 700 feet (of clear road) and your client did not see that huge truck with the blinker on. ... I just can’t imagine that he was ‘distracted’ for more than nine seconds!”

The judge set bail at $100,000 and sentencing for Oct. 28. The maximum sentence for the manslaughter charge is an indeterminate term of 5 to 15 years in prison.