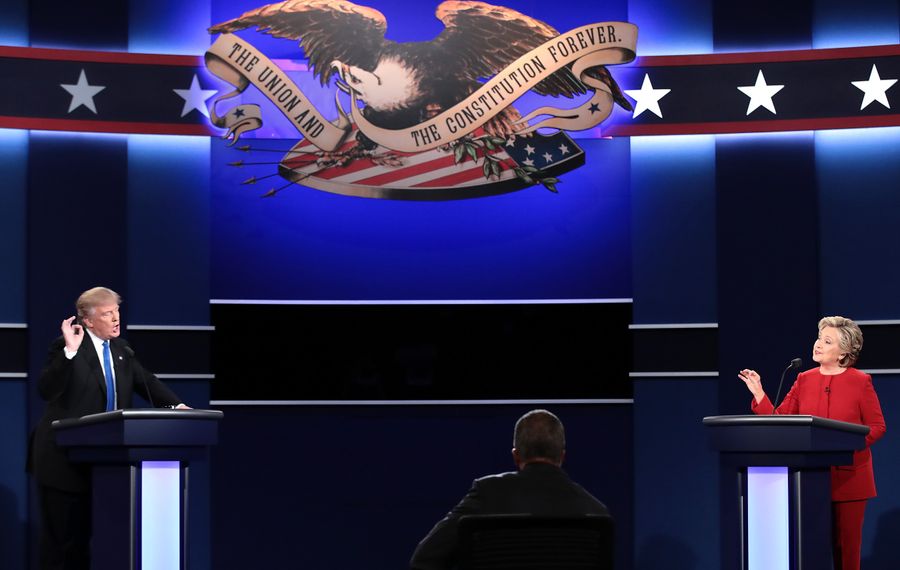 WASHINGTON -- Many Buffalo News readers seem to think that Donald Trump won Monday night's presidential debate -- but that's not what the political pros and pundits think.

Contrast that with just a handful of random comments from Republican insiders.

“Trump was an embarrassment,” an Iowa Republican told Politico, which found that 8 of 10 insiders of both parties believed Clinton won.

"For Donald Trump, the Debate Was a Total Disaster," blared the lead headline on the conservative blog Red State.

"I have never seen a more unprepared candidate in a major moment. #Malpractice," tweeted John Weaver, a GOP political consultant for Sen. John McCain, R-Ariz., on his 2000 and 2008 presidential bids and an aide this year to the losing Republican presidential campaign of Gov. John Kasich of Ohio.

On top of that, one news organization, CNN, did a scientifically valid poll that aimed to find out who won the debate. Surveying a group of 521 registered voters designed to be a reflection of the electorate at large but that leaned slightly Democratic, the CNN-Opinion Research Corp. poll found that 62 percent said Clinton won, compared to only 27 percent for Trump.

That's the third-biggest win ever in a CNN or Gallup post-debate poll, noted Nate Silver, the data guru behind the FiveThirtyEight.com website. Based on past debates in past presidential races, Silver said Clinton can expect to get a 2 to 4 percentage point "bump" out of her performance Monday night.

Not surprisingly,  all of this prompted some chest-beating from the Republican nominee.

"I won every single poll other than CNN," Trump said on "Fox and Friends" on Tuesday morning, "and not many people are watching CNN."

So which polls should be trusted? The scientific poll or the online polls?

One thing to consider is the margin of error in each.

But it's far better than the margin of error in online polls like the ones The Buffalo News, the Drudge Report and other news organizations conducted.

These polls have a margin of error approximating infinity.

That's because of how these polls are conducted, which makes them about as scientifically valid as "Alice in Wonderland."

"If 20,000 people in a state press into a Trump rally to cheer lustily for his stump speech, that's still only a tiny fraction of the population of even our smallest states," Bump wrote this morning. "The online polls are the same way. Open to anyone, meaning that anybody with an Internet connection can go and cast a vote. Anyone in Russia, for example, or in Canada. Anyone who is 12 years old or who is not a citizen. Literally anyone can weigh in at any time. And can do so more than once: Vote once from your phone and once at your desktop. No reason not to."

That being the case, Trump supporters better not get too excited about the online polls they're boasting about Tuesday morning, lest they find themselves gravely disappointed after the only poll that really counts, which millions of voters nationwide will answer on Nov. 8.