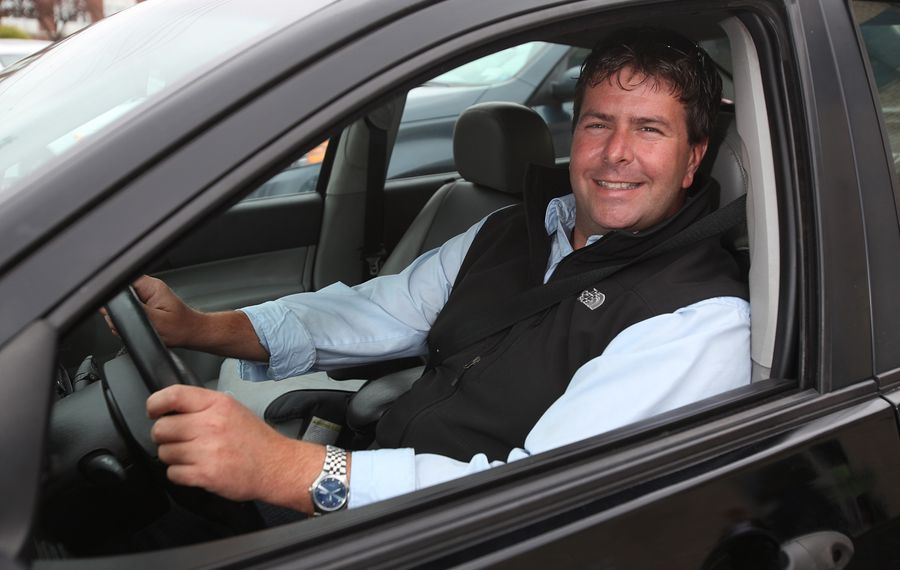 Williamsville Deputy Mayor Christopher J. Duquin, who was charged with driving while intoxicated earlier this month, has taken an indefinite leave of absence from his village job.

Duquin, 40, was charged with DWI stemming from a hit-and-run accident with a parked car around 2 a.m. Sept. 17.

He requested a leave of absence Monday, according to a statement issued by Mayor Brian J. Kulpa.

“Christopher J. Duquin informed me today that he is requesting an indefinite leave of absence,” Kulpa said, adding that he accepted the deputy mayor’s request, which took effect Monday.

In the interim, Kulpa has appointed Trustee Daniel O. Delano to serve as deputy mayor until further notice.

Duquin, who owns and operates Stevens Driving School, was charged with DWI, leaving the scene of a property damage accident, refusal to take a breath test and moving from a lane unsafely, according to Amherst police. A vehicle parked in the street had been damaged, police said, and there was a trail of fluid leading away from the scene.

Delano was first elected to the Village Board in 2011. In his statement Monday, Kulpa lauded Delano for his contributions to village government, including Delano’s part in eliminating excessive curb cuts on Main Street to reduce traffic problems and increase pedestrian safety on the busy thoroughfare.

“He also helped restore more than one-half-acre of illegally paved rights of way and contributed to improved parking throughout the village,” the mayor added.