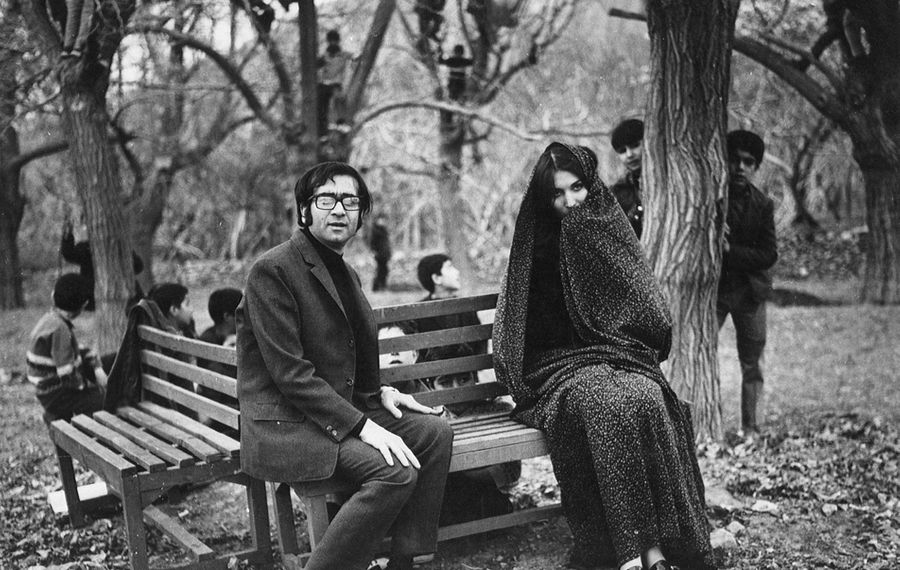 Buffalo’s international cinema scene is in the spotlight thanks to provocative, ambitious events like the riverrun Global Film Series. Iran is the “Country in Focus” for the inaugural three-day presentation of films and lectures, running from Sept. 29 to Oct. 1 at the Burchfield Penney Art Center (1300 Elmwood Ave.). Series curator Tanya Shilina-Conte said the goal is two-fold: “to bring to Western New York cinema from a particular region of the world as well as recent innovative films that transform the art of cinema.”

Fittingly, the free series will include a short film from the late Abbas Kiarostami. The death of the director of “Taste of Cherry” and “Certified Copy” earlier this year was a heartbreaking loss for lovers of world cinema. Additional highlights include Bahram Beyzaie’s 1972 drama “Downpour,” which was recently restored by Martin Scorsese’s World Cinema Foundation. (Scorsese calls it a “wise and beautiful film.”)

Shilina-Conte and series assistant director Ajitpaul Mangat recently discussed “Roads of Kiarostami,” the current state of Iranian cinema, and what audiences can expect from these unique films.

Question: Why Iran as the focus, and why these films?

Shilina-Conte: Iranian cinema is at a turning point today in terms of international recognition and aesthetic experimentation. Also, Iran itself is very prominent on the political radar. Our series is designed to introduce quality cinema that reflects important issues in world politics to the community of Western New York. As an international border city, Buffalo is home to many cultures and languages. Organizing our annual film series around a particular country, we plan to engage local diasporas and bring them into a conversation about pressing global problems with other members of the community.

Mangat: In terms of picking the specific selections, we wanted to screen works that stayed true to the larger mission of the series to provide a better understanding of our present existence in the globalized networked world. We tried to find films that would challenge our audience — whether aesthetically or thematically — while still remaining accessible and engaging.

Q: What can audiences unfamiliar with Iranian cinema expect?

Shilina-Conte: They should expect to encounter a rich learning experience regarding a country about which we hold many misconceptions and stereotypes. My aim as the curator of the series was to offer our audiences an opportunity to engage with Iranian cinema from various perspectives.

Q; Which films are you most looking forward to presenting?

Mangat: As a scholar of disability studies, I am particularly interested in introducing Mahmoud Ghaffari’s “Hair” and Peter Middleton and James Spinney’s “Notes on Blindness,” since these films employ the aesthetic medium of film to depict disabilities (deafness and blindness, respectively) in enlightening and creative ways.

Shilina-Conte: “Notes on Blindness” is a truly innovative project. Technically, it is a double piece, as it features a documentary and a virtual reality component. We have also planned a special session on Kiarostami, the renowned Iranian director who passed away this summer. His son, Ahmad Kiarostami, was instrumental in arranging the screening of the late director’s poetic 2005 documentary, symbolically titled “Roads of Kiarostami.”

Here is the schedule:

For full schedule of films and lectures, information on presenters and summaries, visit globalfilmseries.wordpress.com.