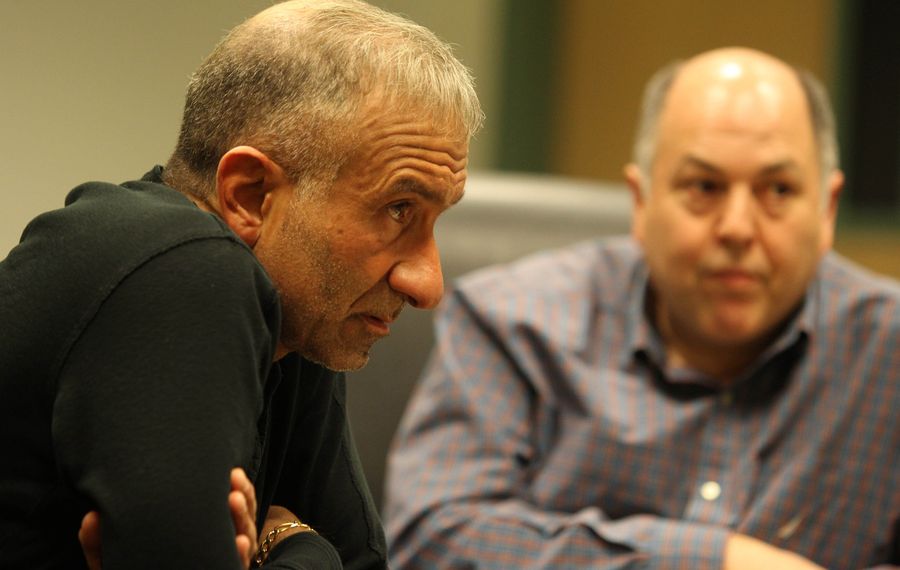 Howard Zemsky is poised to become the state’s most influential economic development official in decades.

Zemsky, the Buffalo developer who started the revitalization of the Larkin District, has been the state’s chief economic development officer since last year.

But that doesn’t mean he was the biggest player.

While Zemsky’s title as president of Empire State Development made him the head of the state’s economic development efforts, the state also was running a powerful and shadowy development program overseen by Alain E. Kaloyeros and SUNY Polytechnic Institute.

It gave the Cuomo administration a two-track development program, and sometimes spurred a rivalry.

Until this week, that is, when Kaloyeros was among nine people indicted on corruption charges and suspended without pay from his SUNY Polytechic post.

To fill the void, Gov. Andrew M. Cuomo on Friday tapped Zemsky and Empire State Development to oversee all of the SUNY Polytechnic projects. Cuomo also gave Zemsky three months to come up with a second phase for the Buffalo Billion economic development initiative.

It sounded like a bureaucratic shuffle. But it was much more than that.

It placed Zemsky in an unquestioned role at the top of the state’s economic development efforts. And it expands his influence to include the SUNY Polytechnic portfolio of projects, which include some of the highest-profile development initiatives now underway across upstate.

“It will now be more of an integrated, collaborative and communicative relationship … as opposed to having entities that moved down parallel paths,” Zemsky said.

The shift puts the spotlight on the unassuming Zemsky, who moved to Buffalo 35 years ago to work at the family’s meat processing business, sold it and changed careers to become a private-equity investor and real estate developer.

Zemsky, who earns $1 a year as the head of Empire State Development, is a sort of alter-ego to Kaloyeros, a flashy Ferrari-driving physicist whose annual pay topped $1 million.

It was Kaloyeros who turned Albany into a nanotechnology powerhouse over the past two decades through his vision of having the state build state-of-the-art technology centers that would be a magnet for high-tech companies and their research and development.

It worked fabulously in Albany, and Kaloyeros, with Cuomo’s backing, was trying to use the same model in Buffalo and across upstate.

Zemsky has favored a more strategic approach to economic development. As co-chairman of the Western New York Regional Economic Development Council, he was a key player in developing a development strategy for the region and building a consensus behind it – no small accomplishment in a fractious and often parochial region.

The plan focused on areas where the region had a competitive advantage, like advanced manufacturing and life sciences, and building up other areas, such as worker training and entrepreneurship that were weak spots for the region.

The main idea is this: Identify what you do well and focus on that, while also making investments in places and skills, such as downtown redevelopment and worker training, that can make the region more attractive.

“The strategies, I think, are completely sound,” Zemsky said. “Those philosophies anchor anything we do.”

Of course, the best plans are meaningless without money to back them up. The regional council’s plan laid the groundwork for the Buffalo Billion, and Kaloyeros, with his “Albany model,” was able to funnel billions of dollars into new development initiatives across upstate.

Cuomo wasn’t saying Friday whether the state would continue to use the Albany model to invest in new ventures, where the state owns the building and equipment and leases it to companies.

“I don’t know. We have to look into that,” Cuomo said. “It’s not the Empire State Development model, though.”

Zemsky, for his part, said the Albany model can make sense in some instances, since owning the building and equipment gives the state protection if a project goes belly up.

“There is something to be said, when you’re investing in new technologies, to have the collateral of the asset,” he said.

At RiverBend, for instance, the state is spending $750 million to build and equip what will become the biggest solar panel factory in the Western Hemisphere for SolarCity, which will lease the plant for $1 a year for 10 years. SolarCity also agreed to spend up to $150 million on the project and to create nearly 1,500 jobs.

“It’s important for the companies themselves to have a lot of skin in the game,” Zemsky said.

While Kaloyeros focused on swinging for the fences with big-money projects to bring new businesses to upstate, Zemsky noted that the vast majority of economic growth comes from companies that already are here.

“The key to success is to create an environment that is conducive to your indigenous business and people,” he said.

That’s a long-term approach, one that values singles and doubles just as much as home runs.

It’s just not as sexy as the Kaloyeros approach. And that suits Zemsky just fine.

“I want to be involved with sensible, sustainable economic development,” he said.