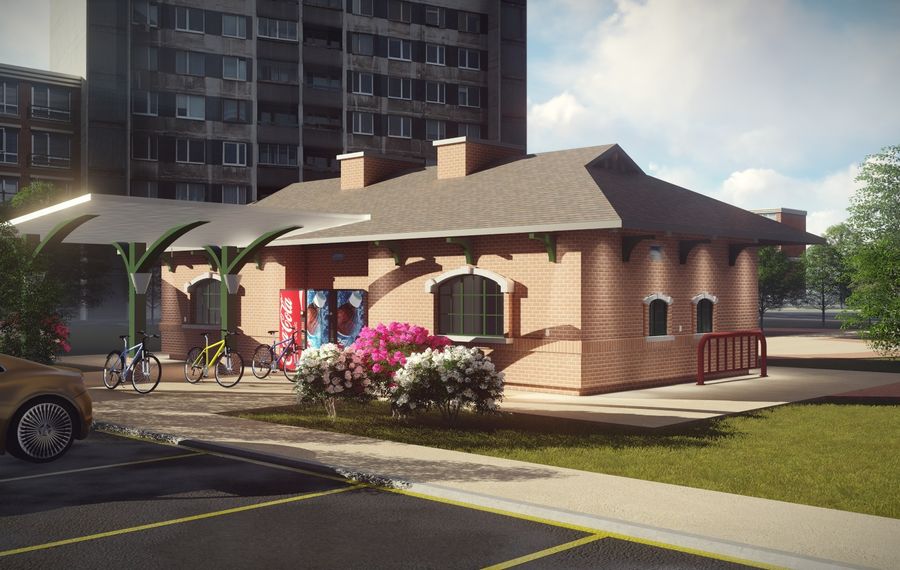 Tonawanda officials say a new bathroom for bicyclists and repaved parking lot will be worth the $1.14 million cost because the improvements will help redevelop a key area of downtown.

Work is expected to begin as soon as early October on the creation of an acre of parkland and an “intermodal hub” – a small building resembling a turn-of-the-century train station with restrooms, changing areas, a bicycle repair area, bike racks and vending machines. From above, the site will resemble a wheel with spokes.

“The whole area along the backside of our Main Street looks pretty shoddy,” said Mayor Rick Davis. “Adding an acre of park space and some amenities to draw some people into our downtown is always a good thing.”

The 4.5-acre city-owned lot between the Tonawanda Towers apartment building and a Walgreens drugstore was built atop the foundations of urban renewal buildings, which are now heaving and buckling the pavement, Davis said.

The hope is the hub attracts users of four bike trails that intersect within a quarter-mile of the land, along with boaters and kayakers from nearby Gateway Harbor, to patronize downtown shops. An extension of the new Tonawanda Rails to Trails path will begin and end on Fillmore Avenue near the proposed hub. 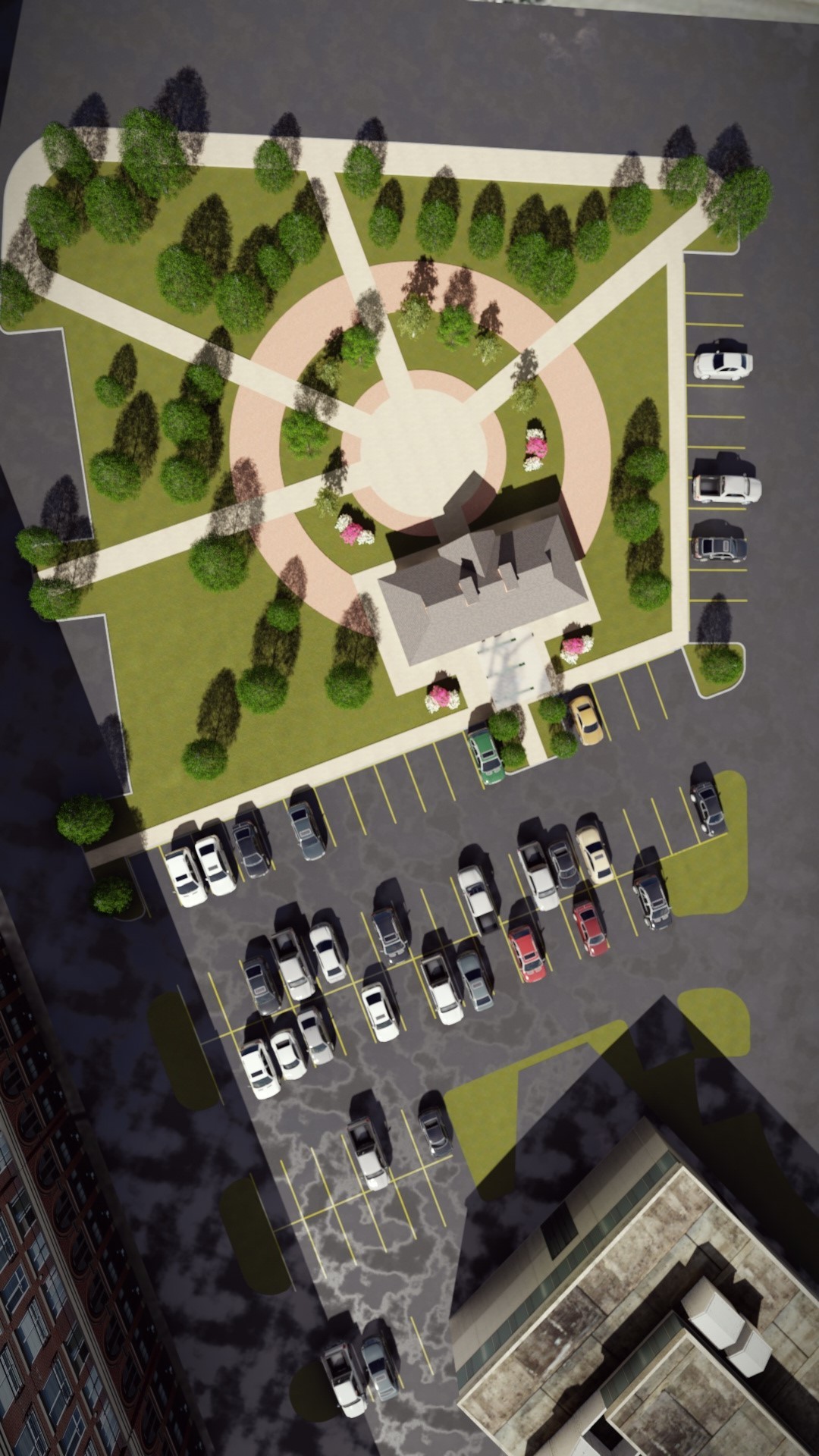 A weekend farmers market and food truck rodeo at the hub are also being discussed, Davis added.

City Treasurer Joe Hogenkamp said the city’s share could more to double to $600,000, a conservative estimate depending on final construction costs. One unknown is what crews will encounter when they start digging into the remnants of the old buildings, said LaMonaco.

“Whenever you put a shovel in a ground in an old city there could be surprises,” he said.

Growth of the city’s share of the cost has concerned Roger Puchalski, a city resident and unsuccessful candidate for a council seat last year, who criticized the project at recent council meetings.

“That needs to be explained to the residents,” he said. “The project itself I still think is a glorified bathroom that the city doesn’t need.”

The mayor said viewing the hub as a $1 million bathroom is “shortsighted,” and that the hub accounts for only about $250,000 of the total project cost.

Merely resurfacing and repaving the entire parking lot would have cost upwards of $1 million, Davis said.

“Instead of trying to bond $1 million for, in essence, a parking lot repaving we decided to get a little creative in addressing one of the needs of our downtown – a communal place for everyone to meet,” he said.

The City Council earlier this month awarded a contract worth up to $1,143,000 to Milherst Construction of Clarence Center for construction of the hub, paving, landscaping and replacement of a leaky water line. The Erie County Water Authority is providing $138,000 of that amount for water pipes, which runs behind the Main Street shops in an area called Koenig’s Alley, said City Engineer Jason J. LaMonaco.

Other funding has come from several sources: $495,000 from the Buffalo and Erie County Greenway Fund; $325,000 in federal Community Development Block Grant money; and $100,000 from the state Dormitory Authority.

The council this week also awarded a contract for up to $134,000 for construction phase inspection services to C&S Engineers, whose job it will be to make sure the contractor’s work is in compliance with plans.

LaMonaco said work will begin with construction of the hub’s exterior first, then move to the interior during the winter. In late spring, paving and landscaping would be completed, with an official opening in early summer. 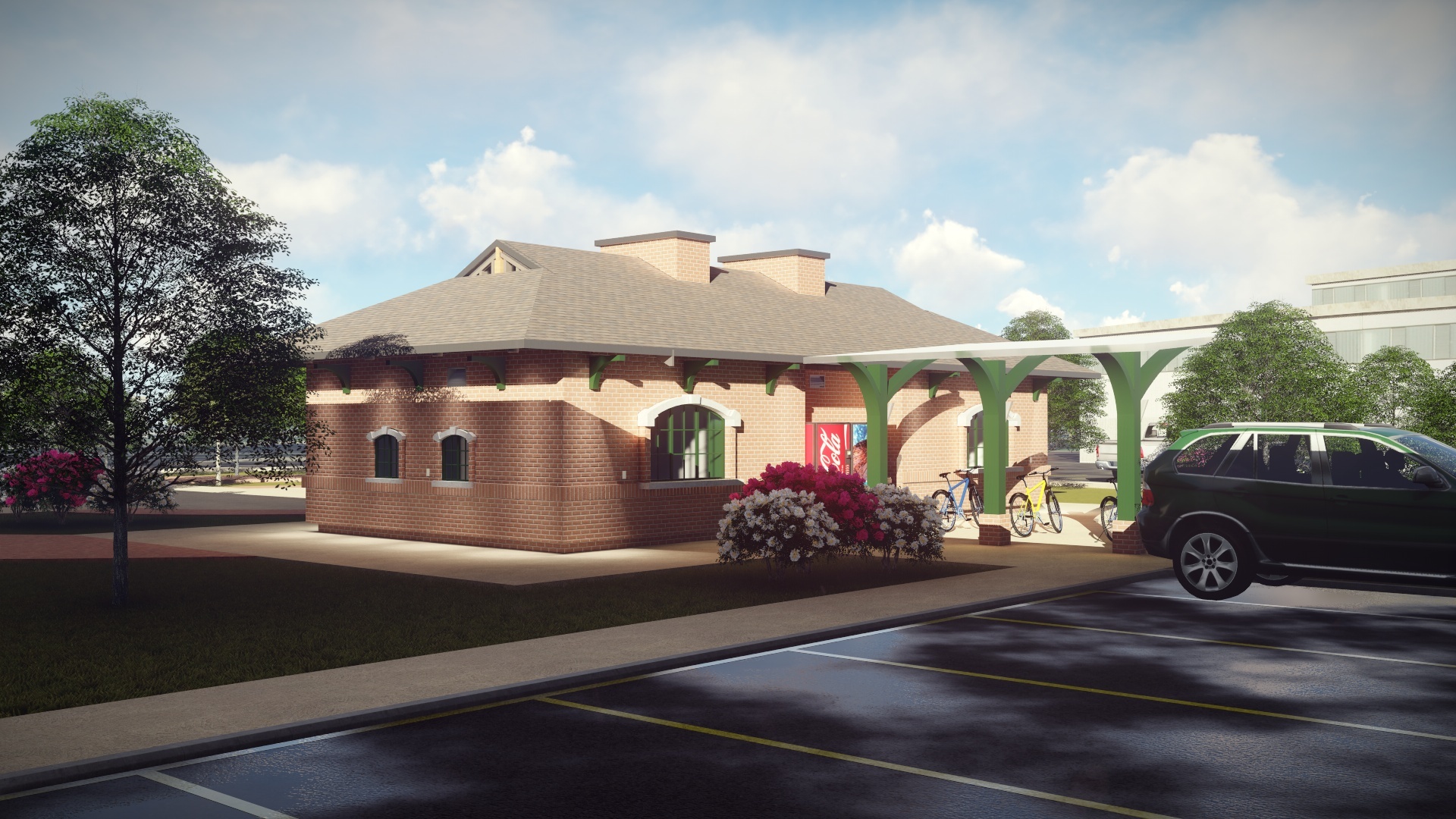