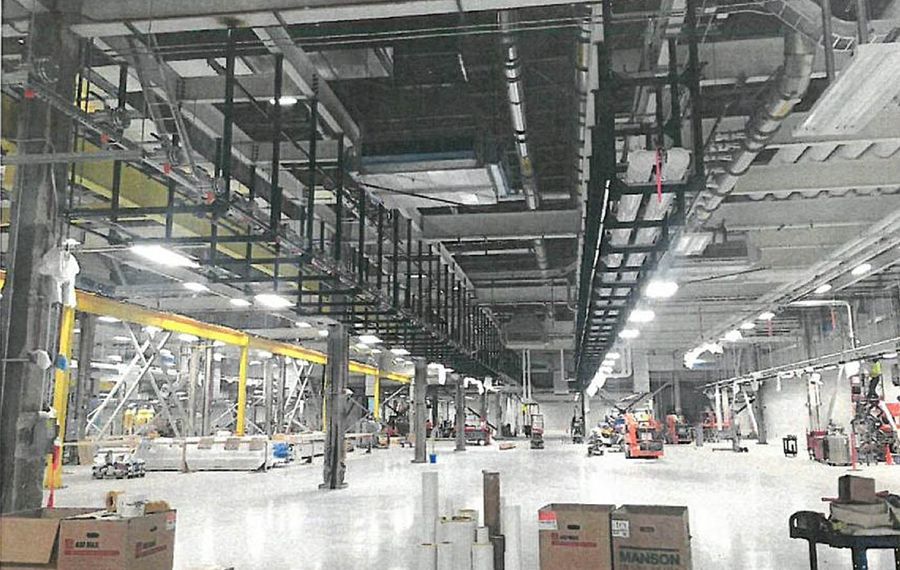 Even with the taint of corruption officially on the Buffalo Billion, its high-profile projects will keep moving ahead.

That’s because most of the projects that are part of the Cuomo administration’s signature economic development program for the Buffalo Niagara region already have opened, at least in limited form, or are in advanced stages.

They’re too far along to turn back.

That’s the one sliver of good news for the Buffalo Niagara region, even as U.S. Attorney Preet Bharara brought corruption charges Thursday against nine people, including several key players in the Buffalo Billion initiative.

Those projects, such as the SolarCity solar panel factory, IBM’s data analytics center in Buffalo and the Albany Molecular Research drug development venture on the Buffalo Niagara Medical Campus, are well underway, and they’ve already been funded by the state.

But that doesn’t mean there won’t be changes, both in how the projects are managed and how much happens in the future.

Gov. Andrew M. Cuomo quickly moved Thursday to cut ties with Alain R. Kaloyeros, the brainchild behind the state’s economic development model of building and equipping sophisticated factories and then leasing them to technology companies. Kaloyeros, one of nine people charged Thursday, was “rightly suspended” without pay as president of SUNY Polytechnic Institute, Cuomo said.

Kaloyeros was the visionary behind the project. His idea was to take the same model that helped build the nanotechnology industry in Albany, where the state has spent billions since the 1990s to build and equip sophisticated factories that then were leased to technology companies, and duplicate it across upstate.

As a result, the state is building and outfitting facilities for companies, from the SolarCity plant to the AMRI laboratory in the Conventus Building and IBM’s data analytics hub in the KeyCenter.

Without Kaloyeros, SUNY Polytechnic’s role in the Buffalo Billion is likely to be reduced, while Empire State Development – and Zemsky – are likely to grow more prominent in overseeing the projects, according to people involved in the economic development initiative.

That’s already been happening, as the probe by U.S. Attorney Preet Bharara evolved and some key Buffalo Billion projects that fell under the SUNY Polytechnic umbrella were delayed or plagued by late payments to contractors.

The state last month shifted oversight of the Athenex drug development project in Buffalo and Dunkirk away from SUNY Polytechnic and gave responsibility for the project to Empire State Development.

The state last year agreed to spend $225 million for the pharmaceutical company’s headquarters and drug testing laboratory on the Buffalo Niagara Medical Campus and for a cancer drug manufacturing plant for the company in Dunkirk. But work on the project, expected to create 1,400 jobs over five years, has languished for 16 months, frustrating company officials.

Likewise, construction on the SolarCity solar panel factory was snarled by periodic hold-ups in payments to contractors that briefly caused widespread layoffs and slowed construction in an embarrassing episode for the state.

But construction on the SolarCity factory now is mostly complete. State officials last Friday essentially handed the keys to the plant to SolarCity, allowing them to begin gearing up for the installation of equipment late this year and the start of production by the end of June.

It was a milestone that brought Cuomo to the SolarCity plant. Conspicuously absent from the official festivities that day were Kaloyeros and top executives from LPCiminelli, the Buffalo contractor that oversaw the plant’s construction.

Kaloyeros may be gone, but it won’t change the overall thrust of the Buffalo Billion.

Adam S. Cohen, the special agent in charge of the FBI’s Buffalo field office, went out of his way Thursday during a news conference in New York City on the corruption charges to note the new feeling of optimism in the Buffalo Niagara region. He talked about the sense that the economy here has started to turn around, in part because of opportunities created by the Buffalo Billion.

The corruption charges have tainted the Buffalo Billion, he said.

“The people arrested today personally tarnished a historic opportunity that they had no right to tamper with,” he said.