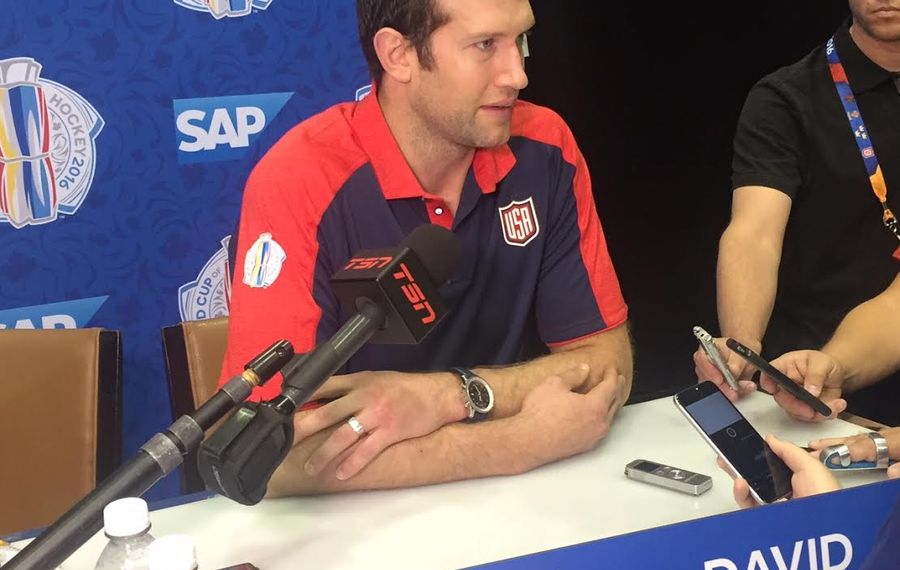 TORONTO -- On the day after, a handful of Team USA players were assigned the task of taking a few media bullets Wednesday in Air Canada Centre. And naturally, the topic of the social media pounding they're taking quickly came up.

Notable was the post-game tweet by Pittsburgh winger Phil Kessel, who mused a half-hour after Tuesday's 4-2 loss to Canada: "Just sitting around the house tonight w my dog. Felt like I should be doing something important, but couldn't put my finger on it."

"It's disappointing. It's almost to say that we were coasting or don't care or representing our country as well as we could have," said Team USA forward David Backes of Boston. "For other guys that have worn the jersey to do that, it's disappointing. I understand there's hard feelings if you weren't picked for the team but whatever.

"As a team guy and a guy that stands by my teammates win, lose or draw, it's a little distasteful and aggravating. You have a Twitter account, you have freedom of speech to say whatever you want. So be it. But those comments don't get lost in the fray. Those comments are there, have been read and will be remembered with whatever happens going forward."

Minnesota forward Zach Parise was noticeably annoyed when asked about Kessel but tried to take the high road.

"It doesn't really bother me what people say on social media," Parise said. "Everyone can have their opinion and say what they want to say. We were here. We tried hard, played hard and came up short.

"But didn't Phil have surgery? I don't think he could even play, anyway. His tweet didn't really make sense."

Team USA has a now-meaningless game Thursday against the Czech Republic to wrap up the tournament and is in the vortex of questions about everything surrounding its program.

"The management team did their research and had tough decisions," said Backes, a two-time Olympian who was the longtime captain in St. Louis. "What they got out of their research was that this was the way this team could win this tournament. Built the right way, coached the right way, executed the right way, this is our best shot. Hindsight is a thing for the pundits and you get to second-guess everybody but in their heart of hearts they said this is the way we're going to win.

Parise said he's mainting his focus on Thursday's game but understands it could be the last international contest for several Americans with a changing of the guard in the offing in the wake of this disappointment. That's especially true given the influx of potential American talent playing for Team North America, including Sabres center Jack Eichel.

"It's not a player's job to speculate who should or shouldn't be on the top before or after the tournament," Parise said. "Our job is to play and not pick teams. I don't know what goes into how they pick teams and it's none of my business. Our job is to play. I don't plan on getting into the managing business."