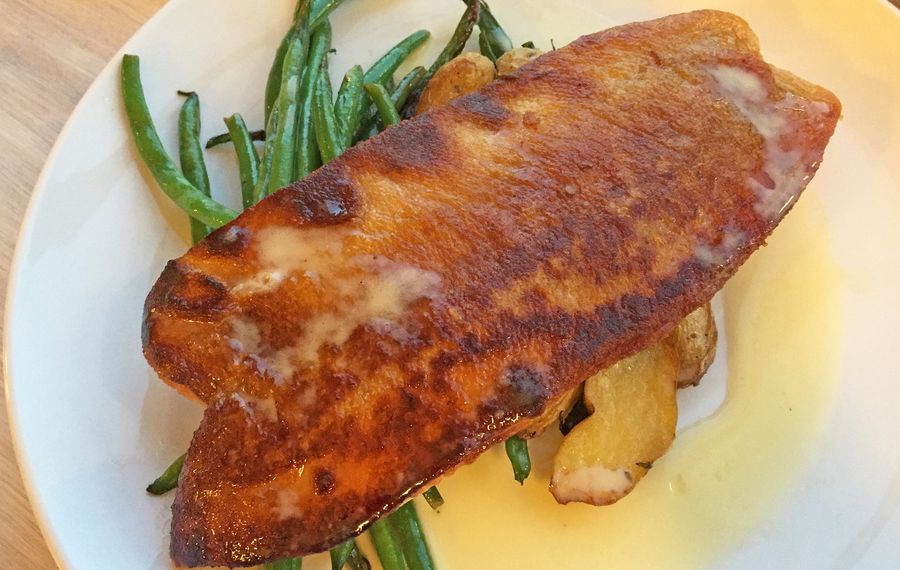 Nearly a dozen new Buffalo-area places will open between late summer and fall alone. How many will survive to bump another off your top-ten list?

It’s hard to tell. Places that serve great food, have accountants on the payroll, “perfect” locations, or are all heart and authenticity still close. There is no surefire method, and that’s about the only thing you can take to the bank. But you can stack the deck, bust your ass, and pray.

Lait Cru Brasserie opens for dinner Sept. 22 with a stacked deck. It has a young and eager chef with a solid rep, hired by an owner who already runs another successful small business, attended culinary school, and cooked in Boston for many years.

It’ll be a casual French-leaning restaurant in a beautiful  space, offering an affordable and approachable menu in a town virtually bereft of French fare. 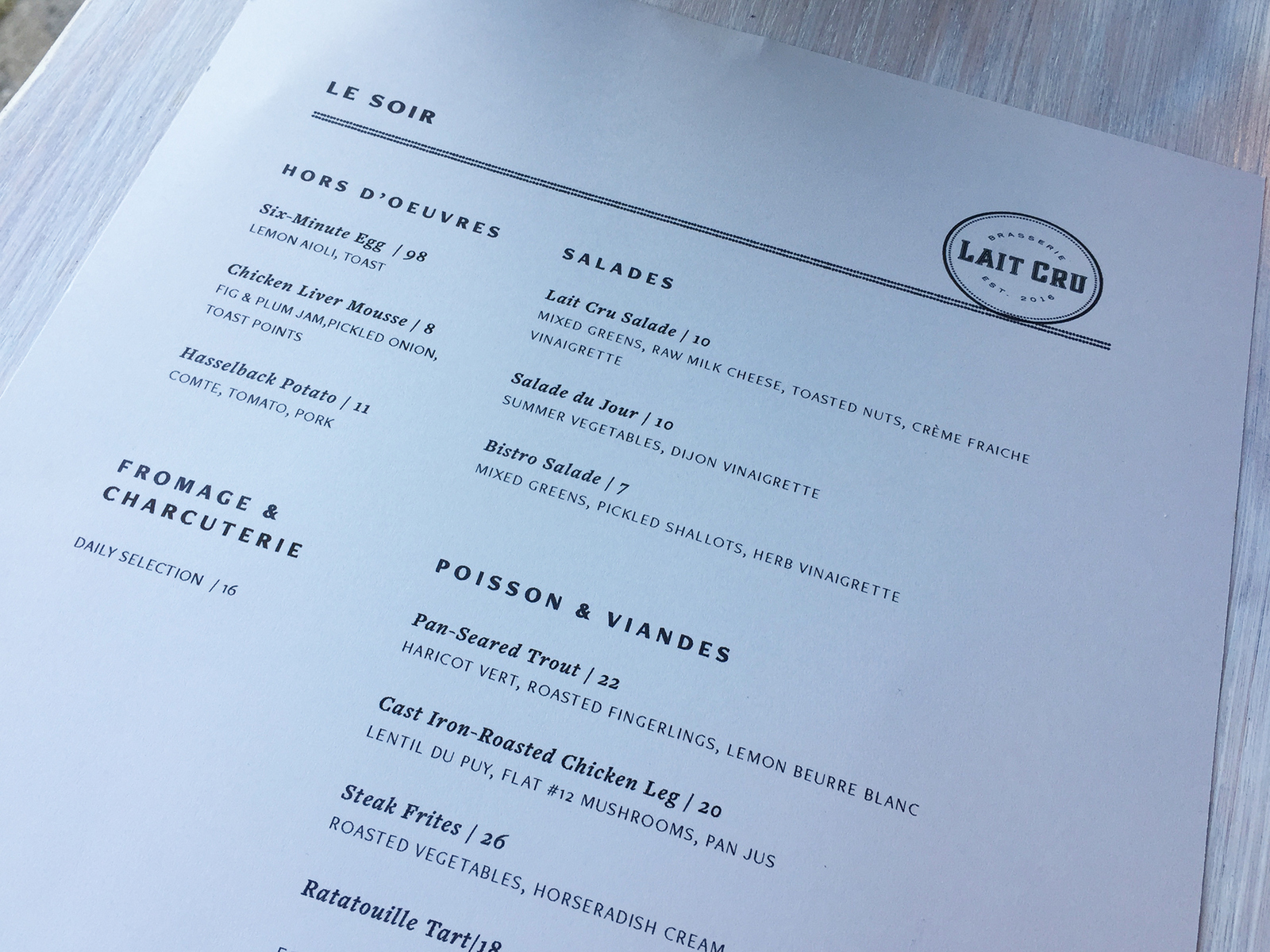 Over the summer, Jill Gedra Forster, owner of Nickel City Cheese & Mercantile, moved her shop to the space that was formerly Martin Cooks, on the first floor of Connecticut Street’s Horsefeathers building.

The shop offered a cheese-focused lunch menu in recent years, but only to go. The new space features the cheese shop and its many retail offerings on the east side of the building, with Lait Cru Brasserie, filling out the rest. 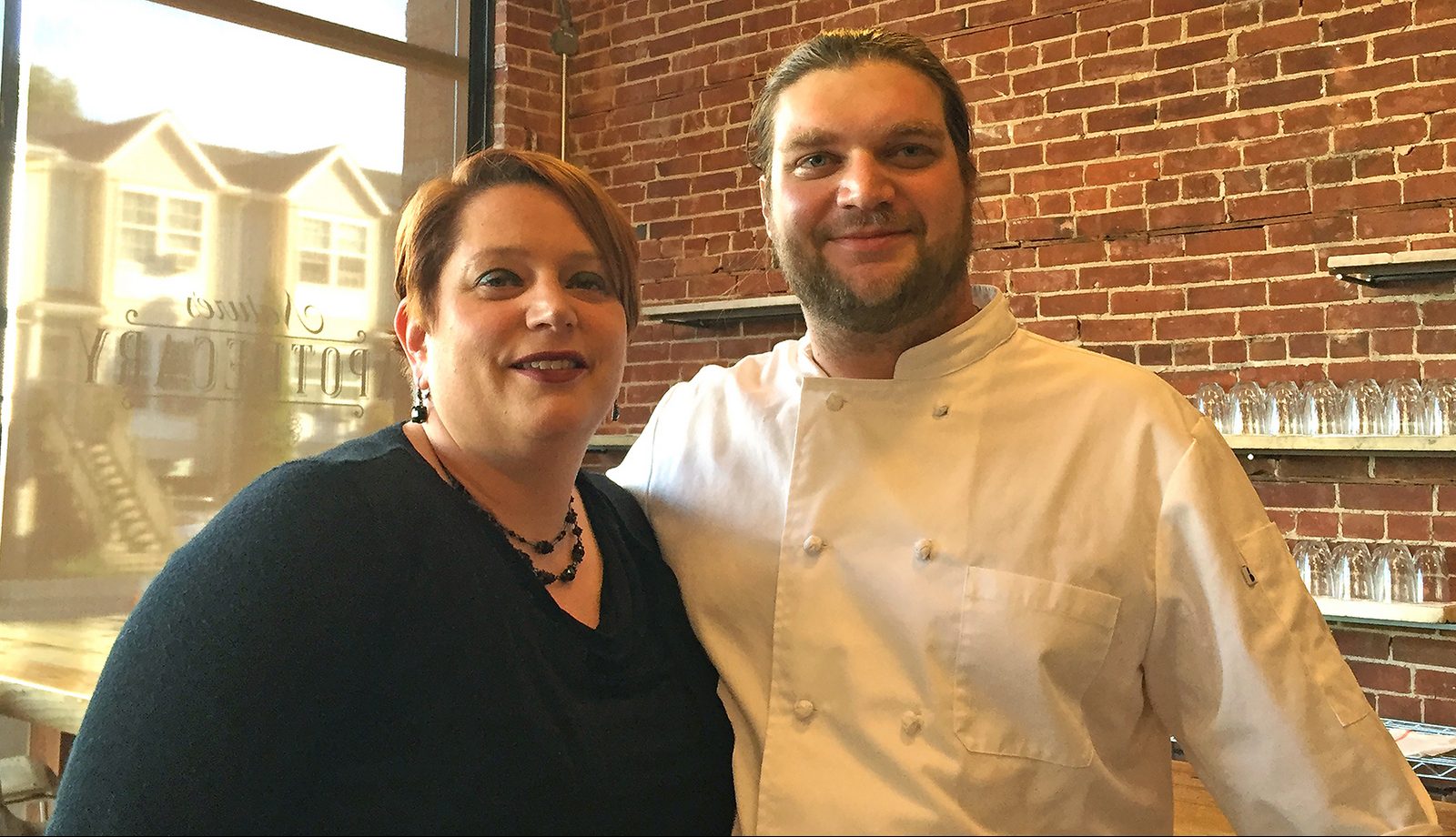 Forster’s chef, Will Petersen, moved to Buffalo from outside New York City to attend Canisius College several years ago. After realizing he didn’t want to spend his life in an office, he pursued a culinary career, starting with a degree from Niagara Falls Culinary Institute.

He worked at Park Country Club under Toutant owner James Roberts, and at The Black Sheep, which is located across the street from Lait Cru, and is owned by Forster’s brother and sister-in-law, Steven and Ellen Gedra. 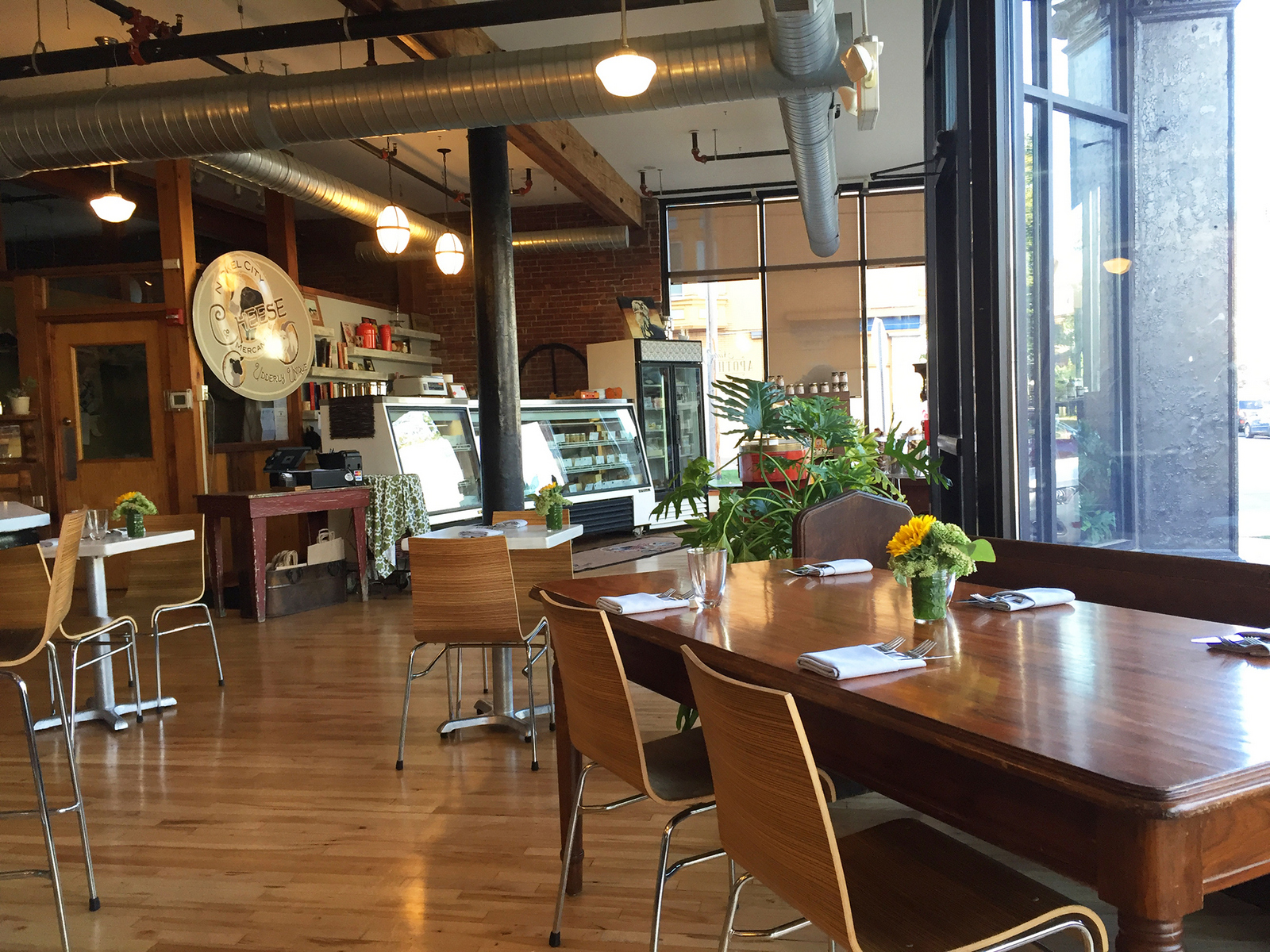 It's a cheese shop on one side, and a French-influenced restaurant on the other at Lait Cru Brasserie. (Christa Glennie Seychew/Special to The News)

Lait Cru will offer dinner on Thursdays, Fridays, and Saturdays for now. More staff, and the arrival of a beer and wine license, will lead to more hours in the near future, Forster said. The floor plan has been opened up a bit, and the menu borrows handily from its sister, the best cheese case in Western New York, located just opposite its open kitchen. Diners can expect the menu to change regularly, so don’t get your heart set on any one thing.

That said, if the six-minute egg is available, order two to save yourself having to await the second, like we did. The perfectly cooked egg, dusted with sea salt and Aleppo pepper, is served with little toast soldiers and a delicate housemade aioli gassed up with an incredible amount of lemon juice ($8).

“A play on Bearnaise,” said Petersen, modestly downplaying the way the pepper and lemon enlivened the everyday egg. 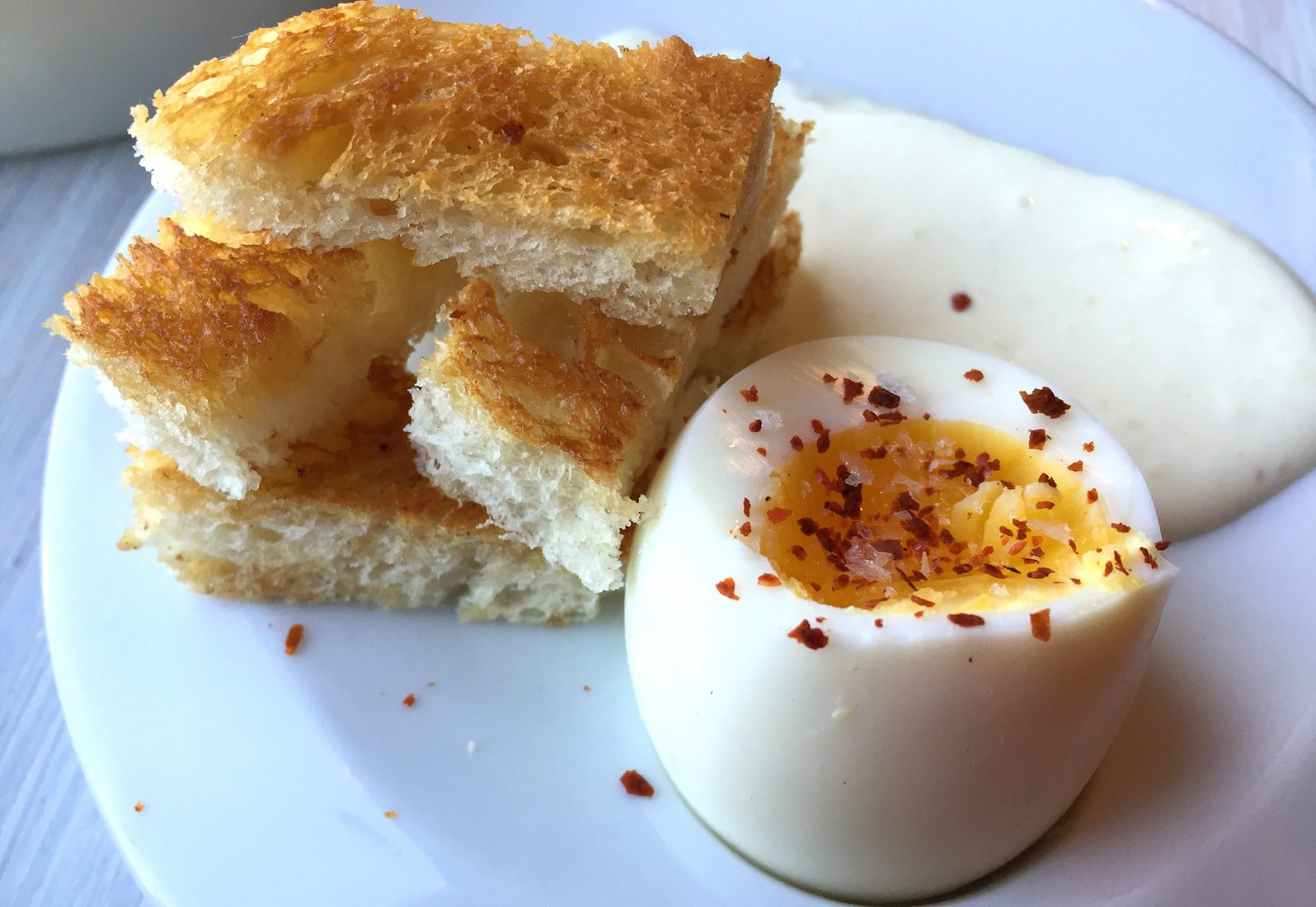 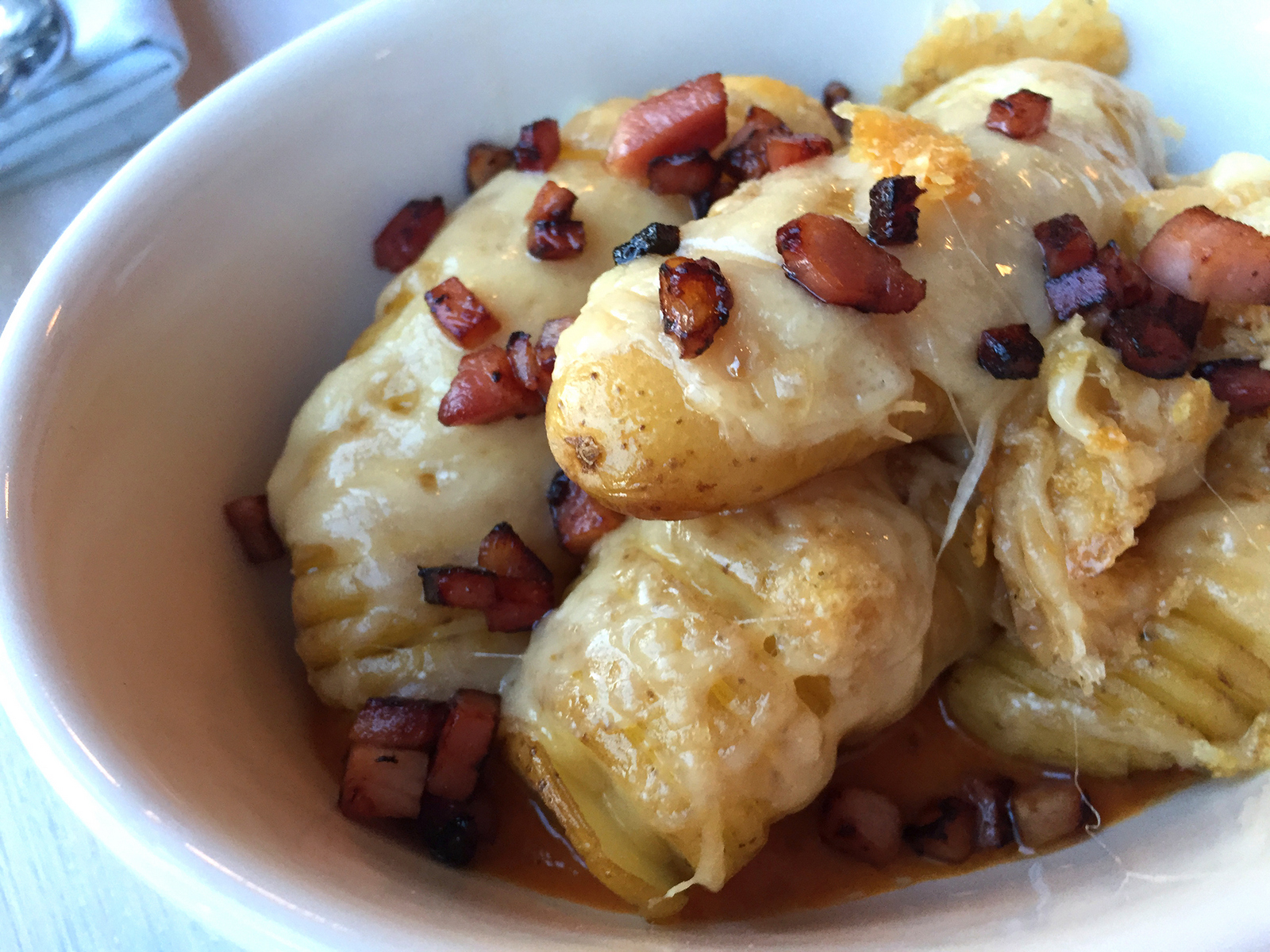 Other salads featured a mélange of summer vegetables in Dijon-spiked dressing ($10), or simply greens and pickled shallot ($7). A cheese plate is always on offer, as it should be given the setting, and priced according to its ever-changing components. That evening’s version was accented by fresh ground cherries.

Four entrées were available that evening. We ordered trout with green beans, roasted fingerling potatoes, and a copious amount of beurre blanc ($22). When it arrived you could tell the tender and moist fillet was cooked perfectly, sporting an ideal golden brown skin. (See photo above.) 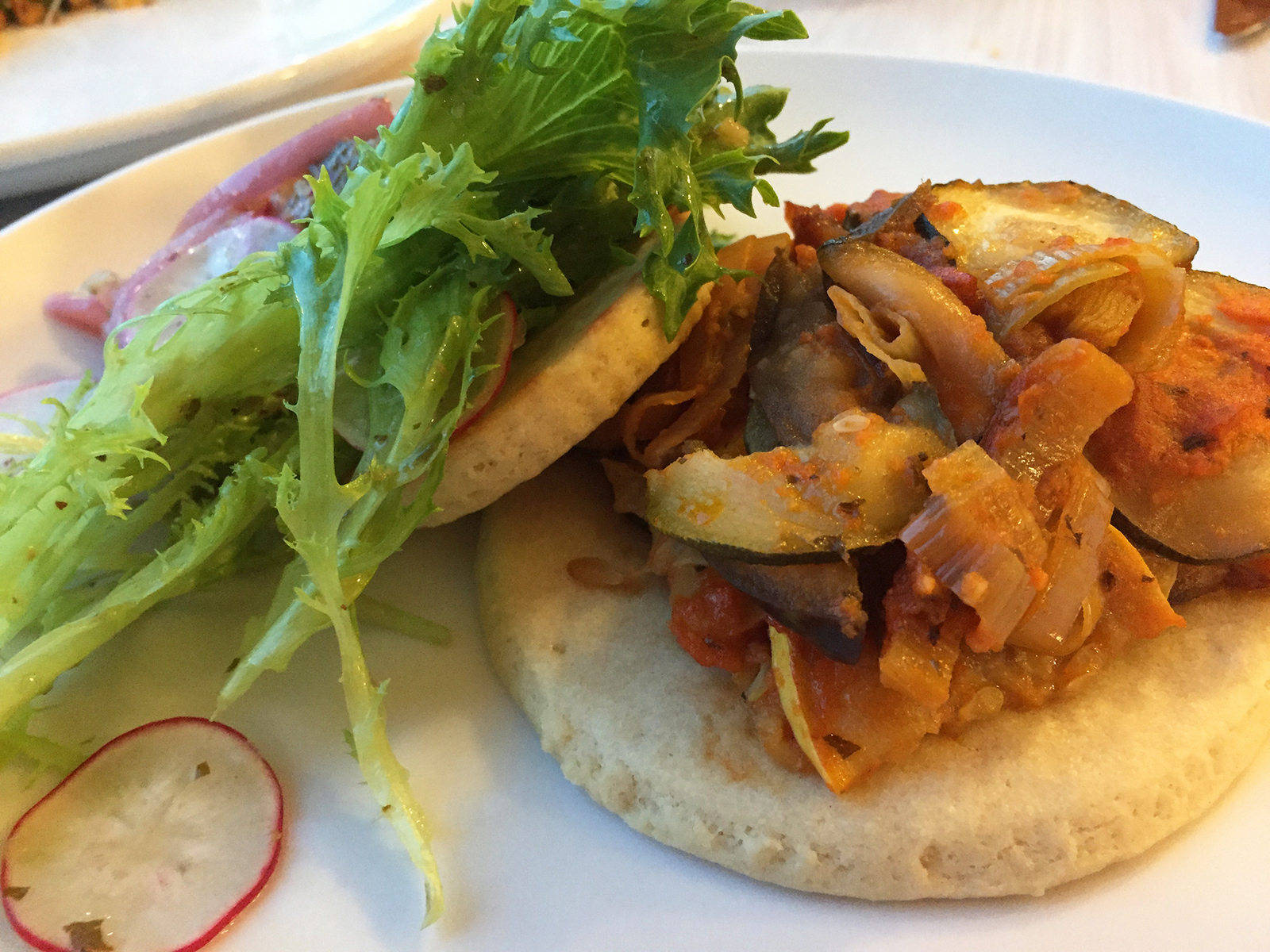 Lait Cru is still finding its sea legs, a process that takes months, if not longer. But if I can enjoy perfect jambon beurre, an egg dish that makes me feel differently about eggs altogether, and affordable, perfectly prepared fresh fish along the way, I’m as happy and excited about the journey as I am about seeing this ship reach its destination.