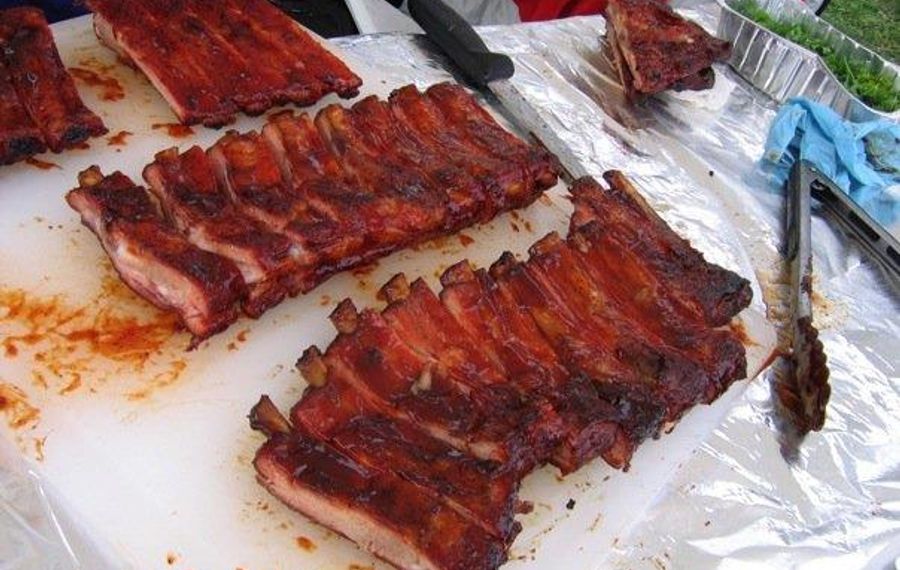 Professional foodie Anthony Bourdain once proclaimed on his CNN travel show “Parts Unknown” that, “barbecue may not be the road to world peace, but it's a start.”

Is this true? Those who have spent the last decade-plus slathering their fingers and faces amid the sauced-up pork parade that’s Oinktoberfest — ready to kick off its 15th edition at Clarence's Great Pumpkin Farm (11163 Main St.) from Sept. 23 to 25 — might say yes. New York’s longest continuously running barbecue competition is three days of ribs, skewers and whole hogs cooked outdoors against the backdrop of live music and a pumpkin paradise not seen outside a Charlie Brown carton. Sounds like an ideal scene for unity, as well as an idyllic entry to autumn — if you’re interested.

Reasons why you wouldn't be include your vegetarian diet, which might prevent you from getting a face full of beef brisket; your exhaustion from Buffalo’s seemingly ubiquitous fleet of barbecue food trucks; or your aversion to the aromas that can waft from a wood-fired grill or smoker.

These predilections would certainly make Bourdain’s declarations of pork-related peace less likely, but not impossible. Consider the case for Oinktoberfest, a fall cookout that has more to offer than just meat.

The thrill of competition

Don’t like hammering down plates full of pork shoulder? Then come to marvel at passionate carnivores spin their craft within this year’s Asian-themed “East Meets West” format. Yes, there will be Kansas City Barbeque Society-sanctioned round of Grand Champion battle (for $2,500 in prize money) on Sept. 24, as well as Rib Oink-Off and Whole Hog rotation on Sept. 25 — which requires every “Babe” brethren to be at least 40 pounds. But the end-of-weekend Outdoor Cooking Contest will focus on tastes and techniques popularized through Korean, Chinese and Japanese offerings. Many will enter. Only one shall reign supreme.

For those with children, Oinktoberfest is part of the Great Pumpkin Farm's family focused Fall Festival. The season-long fete — $7 admission per person, with children two and younger admitted free — runs with a variety of events highlighted throughout its seven weeks. Along with this weekend’s barbecue cook-off, parents and children alike can eschew Asian-style recipes for face painting, pumpkin carving and a petting zoo. And for those family members who want a taste of the competition, good news: Fall Festival also hosts pie-eating contests for the whole brood.

Throughout the weekend of Carolina or Texas-style brushings, there also will be a full schedule of live music, starting at 6 p.m. Sept. 23 with local favorites Miller and the Other Sinners. But of the dozen bands slated for action, there’s none more appropriately named than Buffalo’s Big Sauce Trio. Regulars at Amherst’s Alternative Brews and last year’s Buffalo Nightlife Award winners as the city’s best duo/trio, the Shawn Duchscherer-led outfit can entertain both the meat-free and fanatics alike with its growling array of blues, jam and classic rock covers. Wild tributes to Pink Floyd and Stevie Ray Vaughn go good with any meal — and complement a sampling of Bulgogi just fine, too.

Closing statement: Stash your rib-related reservations. Whether for pork, pumpkins or planned enjoyment of the start of fall, bask in the barbecued beauty that is Oinktoberfest.