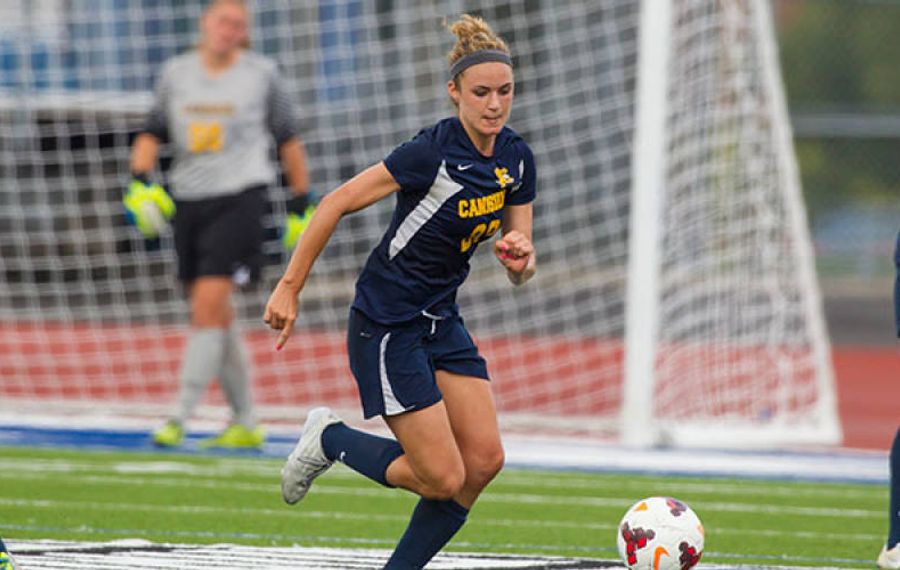 Call them young. Call them inexperienced. But the 2016 Canisius women's soccer team is showing signs of resilience.

There's resilience in the immediate sense - opening Metro Atlantic Athletic Conference play with a 2-1 overtime road win over Fairfield after being "taken to the woodshed," in coach Todd Clark's terms, in a 3-0 loss to Big 4 rival University at Buffalo.

But there's a broader message, too, of a program that hasn't won more than six games in a season since 2011 starting to eliminate bad habits and establish new ones. The Griffs have now won three of four after losing their first three contests of the season. Progress, for sure, but what's the next step?

If UB - which has won the Mid-American Conference East Division the last two years - is the standard locally, then the Griffs (3-5 overall, 1-0 in MAAC) still have strides to make.

"Pretty clearly we're not there yet," Clark said after the loss to the Bulls. "I think some people think we are because we've shown well in other games and didn't get a result, then we've shown well and got results, but arguably against lesser teams against UB." 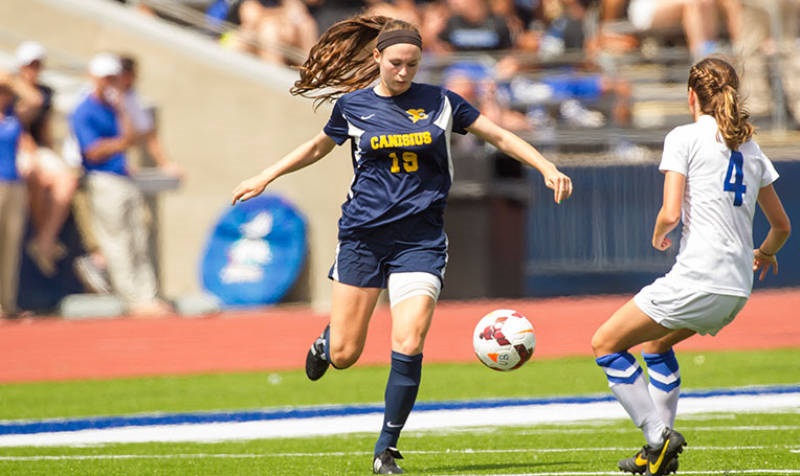 Sabrina Fitzgerald, left, scored the game-winner for Canisius over Fairfield. (via Canisius Athletics)

Canisius is Clark's second NCAA Division I head coaching job - the Griffs won six games in his debut last year - and his no-nonsense, tough-love approach has toughened his team mentally, if the comeback against Fairfield (1-8), sparked by freshman Gretta Dry's 81st minute goal and clinched by Sabrina Fitzgerald's winner in the 93rd, is any indication.

It was only Canisius' fifth win against the Stags in 26 tries.

The going gets tougher immediately, as the Griffs' next match is in New Jersey against Rider (4-2-2), a team picked to finish third in the MAAC. Canisius returns home for a Battle of the Bridge showdown with Niagara at 7 p.m. Sept. 28.

Best result: 2-1 win over St. Bonaventure on the road

Who's gone: Starting goalkeeper Kailee DeFranks and co-leading goal scorer Brittany Krause both graduated, while other regulars Ronja Gustafsson and Samantha Gagliano are no longer with the program.

Who's new: Nine freshmen - six of whom have started at least three matches - have helped Clark put his stamp on the program. Gretta Dry, Elizabeth Ash and transfer Shawna Adams are new up front, while Madeline Beaulieu, Hope Gilchrist and Alicia Larsson-Vahlberg round out the newcomers in the midfield and back four.

Top players: Center back Callie Good is the last line of defense before Rossi, and the senior is athletic, hard-nosed and industrious. "Callie is just a good, hard worker - she's blue collar, gives you her best effort each day," Clark said. "It's appreciated."

Lockport grad Dry has had little trouble adjusting to the college game, posting three goals and three assists through seven games. Returnees Sabrina Fitzgerald, who scored the winner against Fairfield, and Taylor Kugler are tough and experienced.

Breakout player: This unquestionably has to be Dry, who's Canisius' primary scoring threat because of her pace and knack for forcing or pouncing on turnovers. Swedish midfielder Alicia Larsson-Vahlberg should get better as the season progresses, too, as the adjustment is not an easy one.

BN Soccer likes: Supporting Callie Good in the middle defensively is holding midfielder Melanie Linsmair, a terrific athlete who's a menace in 50-50 challenges and improving technically. She has All-MAAC potential over the next few years. 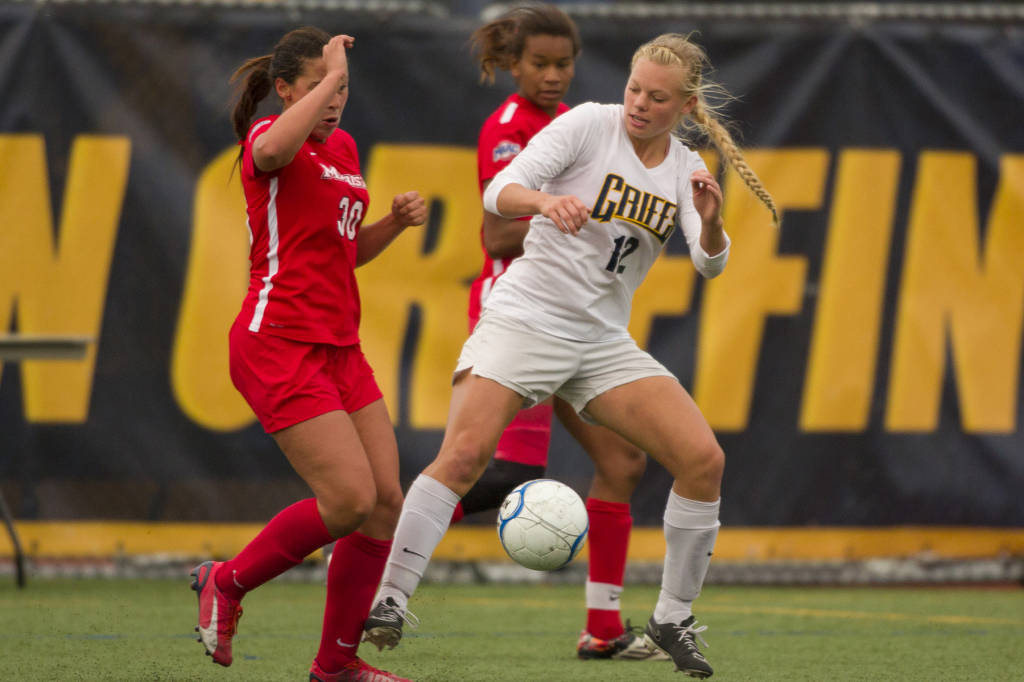 Lake Shore High School grad Melanie Linsmair (in white) is an important piece for Canisius, connecting the defense to the midfield. (via Canisius Athletics)

Freshman keeper Rossi shoulders quite the burden with the starter's job in front of an inexperienced defense, and Clark has certainly asked a lot of her.

Freshman goalkeeper Alana Rossi has been thrown into the fire as the starter. (via Canisius Athletics)

Canisius might struggle if...: They will struggle. The Griffs are a team picked ninth out of 11 MAAC teams in the preseason poll for a reason - they're inexperienced and don't boast any first-team all-conference caliber players - yet. Although our sample size of viewing is small, it's hard to pick out an obvious leader on the squad.

Big matches: Obviously Sept. 28 vs. Niagara is a massive contest, but the Griffs also host preseason favorites Monmouth on Oct. 22 in a match that could provide proof of how far Clark's team has come.

Email Ben Tsujimoto, who watched zero minutes of football on Sunday, at btsujimoto@buffnews.com