The Upper Niagara River, stretching from Lake Erie to the cataracts of Niagara Falls, has a long and storied history when it comes to fish and fishing. Despite its precious past, many times this natural resource doesn’t receive its just due as an angling haven.

Most recently, it was in the spotlight of the bass fishing world in July, when Bassmasters held a unique Bracket Tournament, a unique challenge event. Headquarters were Anchor Marine on Grand Island. Waters were limited in that the eight competing bass pros could fish only from the International Railroad Bridge to the north Grand Island Bridge, New York waters only. While they caught fish, practice time was extremely short. It didn’t receive the publicity that it should have.

“In the summer months, bass have a tendency to seek out the deeper holes,” says Capt. Terry Jones (1st Class Bass Charters; 716-875-4946), who grew up fishing this strait as a youngster. “Pinpointing those holes with a GPS is a great way to take a shortcut once you’ve spent your time on the river. 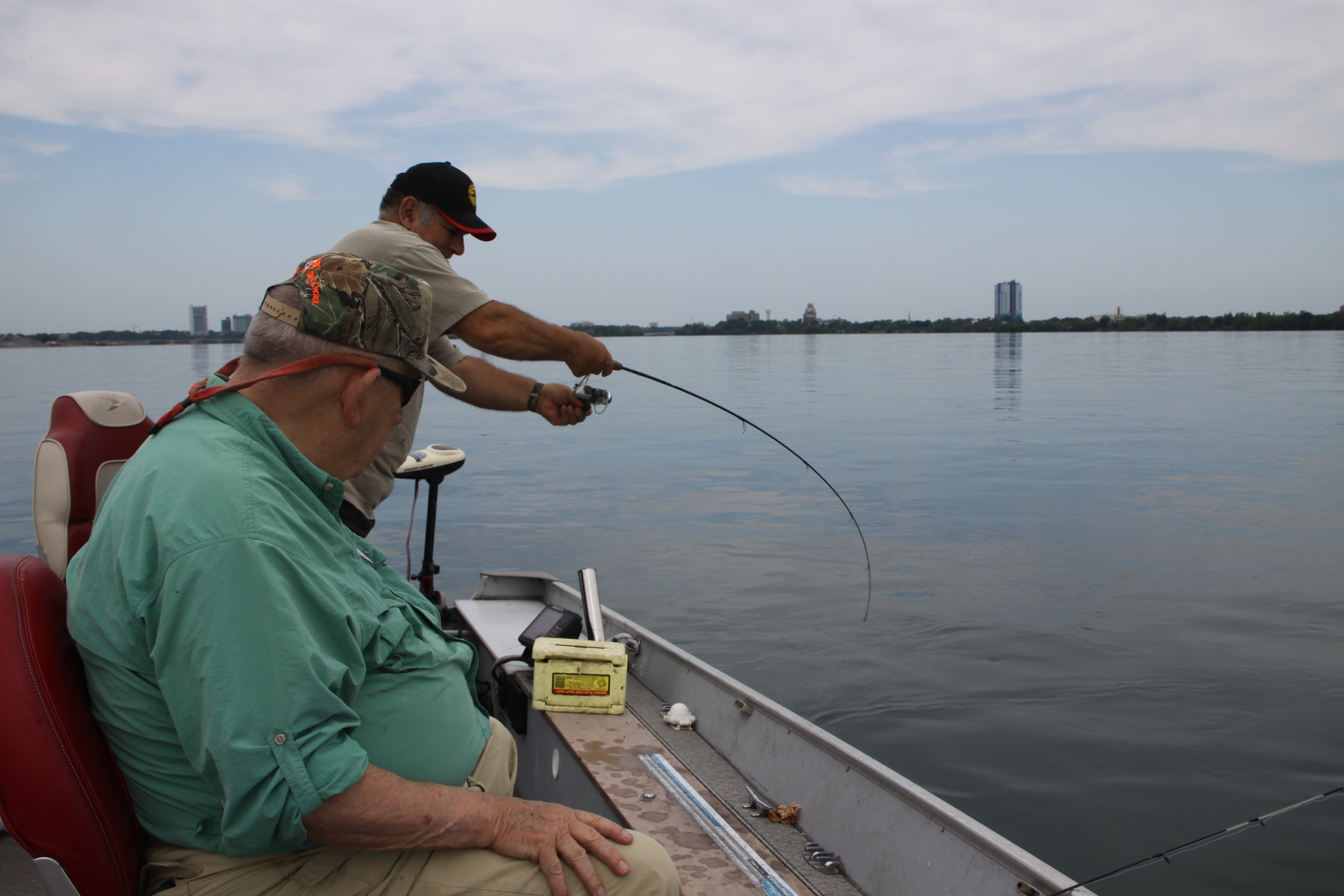 “Some of the best places to fish are in Canadian waters, too. I bought my first boat in 1976 and I fished from Carborundum reef near the safety zone above the falls to the head of the river at the Emerald Channel and all points in between – Thompson’s Hole, around Staley’s Reef, off Frenchman’s Creek, down by the old shipyards and around Navy Island to name but a few spots. My hang-out spot was Hank’s Boat Livery, most famous for its Musky Top 20 board each year. Those were the days of Clarence Gall, Tom Brown and Alex Drew. Now that the Niagara Musky Association is on the scene, it’s mostly catch and release for musky, which is a good thing for the river.”

Times have changed with regards to fishing in Canadian waters, too. No more can you just go wherever you please in the river. You must know where you are at all times. As you enter into Canadian waters, you must report to the Canada Border Services Agency at (888) 226-7277. If you have a passport, carry it with you. Enhanced licenses are also acceptable. A driver’s license and a birth certificate will also work.

Live bait is a no-no unless you have nightcrawlers that are in water or bedding. Worms in dirt are not allowed and heavy fines are possible if you violate any of these requirements. However, the check-in process is relatively simple. You don’t need to feel intimidated. Make sure there is no alcohol on board as a final note.
That doesn’t mean that there isn’t great bass fishing spots on the New York side of the river, especially in the autumn months as they transition into a feeding frenzy of sorts as they prepare for a Western New York winter.

“As the waters start to cool down, bass – both largemouth and smallmouth – will start to move into structure like rocks and weeds,” Jones said. “Find the two together and that can be a special spot. Current can also play an important role as to where the fish will congregate, as well as man-made structures like pilings and docks.
“The ‘Fish Market’ off Buffalo is one of the favorites, as is Donnelly’s Wall. Strawberry Island and Motor Island are natural fish attractors. The area off the old Holiday Inn on Grand Island (now the Radisson) is a good spot from boat and shore and there are man-made fish attractors off Gratwick Park in North Tonawanda. I’m just scratching the surface.”

Jones, who serves as “fishing pro” for Anchor Marine (like a golf pro would work a golf course), takes advantage of the aggressive nature of the bass when the leaves start to change color. His arsenal of baits includes half-ounce chartreuse or white spinnerbaits with chrome or silver blades, crankbaits, jerk baits and tube jigs in brown-pumpkin or dark with purple fleck. 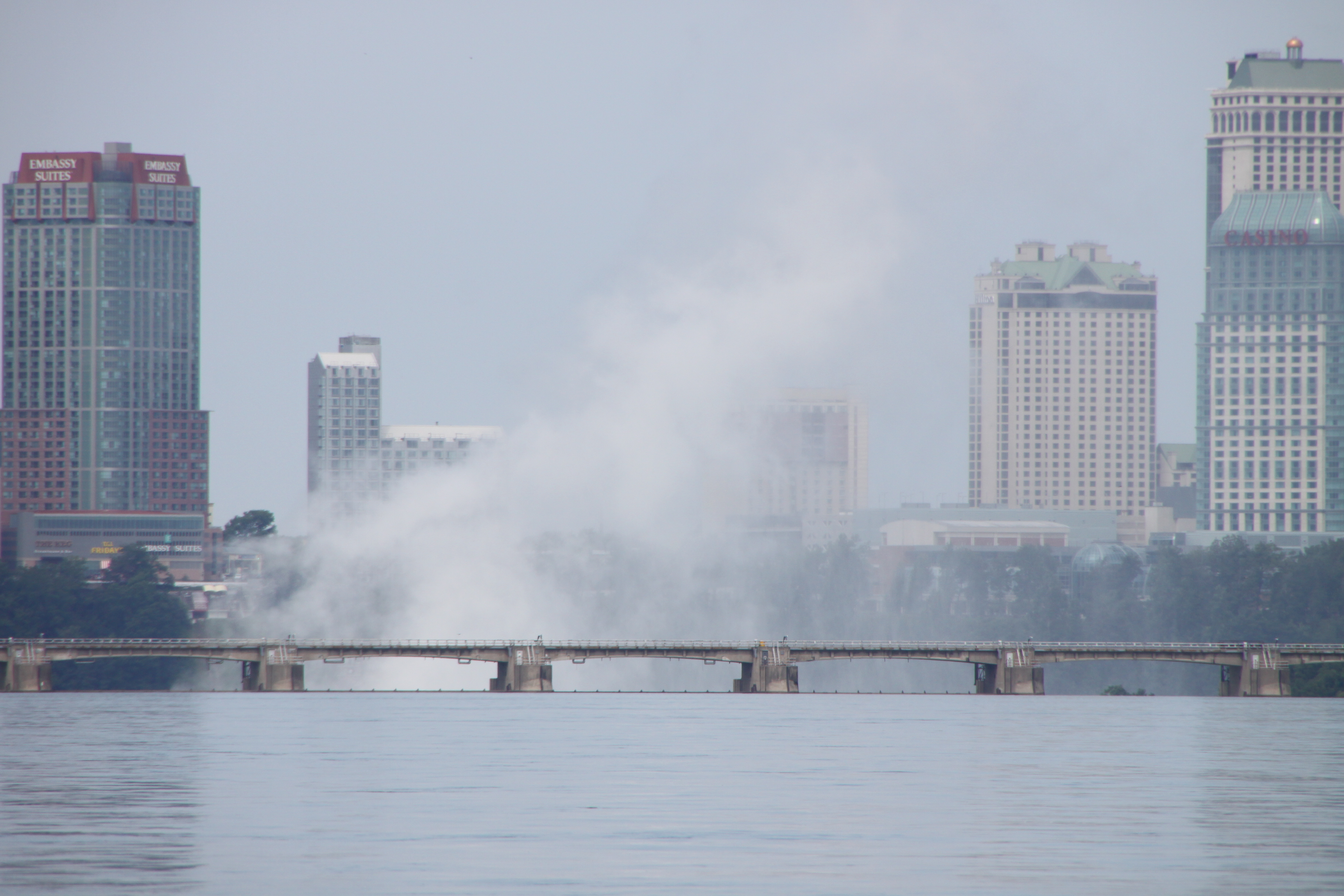 “I used to fish from shore as a kid with a purple-hair jig and I would catch fish, so purple is always a good color for me.”

Speaking of shore fishing, land-bound anglers can also do very well on bass and other fish species along the New York shorelines of Erie and Niagara counties. Unity Island and Broderick Park, as well as the Bird Island Pier, are all good spots to cast a line. The foot of Ferry and Ontario streets are also good catching spots, as are places like Isleview Park, Niawanda Park, Fisherman’s Park, Gratwick Park, LaSalle Park and along the south Robert Moses Parkway.

As far as gear preference, Jones goes with a 6-½ to 7-foot rod (Lew’s is his favorite) and he normally goes with a spinning reel for casting. That said, he does have a few baitcasters rigged up as well. Line preference is a different story. It depends on what bait he’s using.

For example, if he’s using a top-water bait, he uses 8-10-pound test monofilament because of the buoyance of the line. For tubes, he uses 8-, 10- or 12-pound fluorocarbon line. For jerk baits, Jones prefers to use 30-pound Seaguar Kanzen braid and a 10-pound test Abrazx fluorocarbon tippet. Hooks are Mustad and he likes a No. 2 red for drop-shotting. For bait, he likes a wide gap hook in No. 1 or 1/0.

This just helps to point you in the right direction. The rest is up to you and part of the fun of learning to fish an area. Good luck!