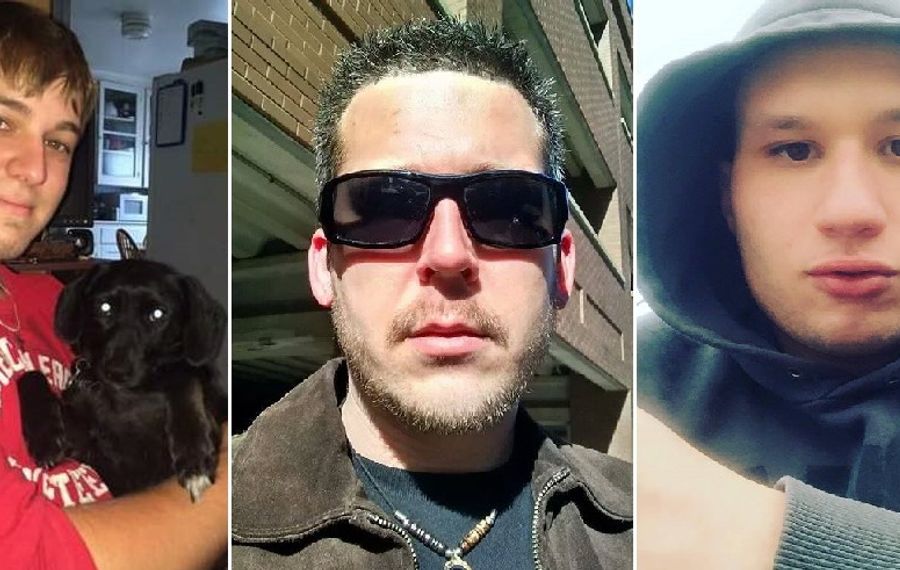 Marilyn Gentile was on her way to work on Jan. 6, 2016 when she saw that the lights were on in her son’s room upstairs at their home in Cheektowaga.

Her son, Bobby Nunzio Giovino, had been released the day before from a 42-day stint in jail. Addicted to heroin and other opioids, he had been clean while locked up. What he needed to stay clean, she thought, was long-term rehab.

He did not get the chance.

“I go upstairs and there he was, dead in his chair in front of the computer,” she said. “The autopsy was fentanyl.”
Bobby Giovino was 25.

Fentanyl is a synthetic narcotic that’s 50 to 100 times stronger than heroin which health officials in Erie County say is behind a sharp increase in overdose deaths over the last three years.

According to the Erie County Health Department, about a third of the 127 people who died of opiate overdoses in Erie County in 2014 had fentanyl in their systems.

In 2015, autopsies found fentanyl in 154 of the 256 people who fatally overdosed on opiates.

This year, about three quarters of confirmed overdose deaths as of the end of August in Erie County –  108 out of 145 – involved fentanyl.

Health officials are awaiting test results on the autopsies of another 105 suspected overdoses. The county is on pace to lose as many as 400 people by the end of this year to opiate overdoses, according to the Health Department.

Fentanyl is claiming lives across the country. Earlier this month the Centers for Disease Control recently issued a report about the dramatic increases of deaths related to illicitly manufactured fentanyl in Florida and Ohio over since 2013. It’s the same drug that killed beloved pop musician Prince, who authorities said died of an accidental overdose on April 21.

“The higher opiate deaths are directly related to fentanyl use,” State Police Major Steven A. Nigrelli said. “Our overdoses are going to continue and continue to get worse.”

And the rise in the use of fentanyl has coincided with laws put in place in 2013 to reduce the number of prescriptions for painkillers, health experts say. The Internet System for Tracking Over-Prescribing, or I-STOP, requires most doctors and pharmacists to check an Internet database in real time to determine if an individual has multiple prescriptions.

That meant addicts are no longer able to “doctor shop” for prescriptions, leading them to seek alternatives.

There are both legal and illegally made versions of fentanyl, both of which are being abused. A strong painkiller, legally made fentanyl is often prescribed after surgeries. It’s usually administered intravenously but also via skin patches.

There’s also illegally manufactured fentanyl, made in clandestine labs in China.  Law enforcement authorities say the drug is often smuggled into the U.S. from Mexico.

An extremely powerful drug, it just takes a couple of grains of fentanyl to cause a fatal overdose, according to Cheryll Moore, medical care administrator at the Erie County Health Department.

On the streets, fentanyl is often mixed with heroin but dealers don’t necessarily know what they’re selling and what kind of dosage their product has. And heroin users who might think they know how much of the drug they can handle end up overdosing on the powerful combination of drugs.

“There’s no FDA on the street,” Moore said. “I don’t care what the dealer said.”

Law enforcement authorities here and across the country are seeing the impact of fentanyl – and trying to stem the flow of fentanyl to the streets.

The drug is readily available in the Buffalo area, Nigrelli said. “Our overdoses are going to continue and continue to get worse.”

It can even be purchased on the internet, said Senior Det. Alan Rozansky, who heads the Erie County Sheriff’s Office narcotics unit. “You can get it on the web,” he said.

“The dealers are all about profits and will sell heroin-laced fentanyl without any regards to the consequences of their actions,” he warned users. To stop overdoses, Rozansky said, law enforcement is focused on getting dealers off the streets. The next step is to get users into rehab.

Last month, the U.S. Attorney’s office announced a major narcotics bust which included the region’s biggest seizure of fentanyl in the history of Western New York.

In a 30-count indictment, 17 defendants were charged with trafficking literally tons of drugs – including heroin, cocaine, marijuana and fentanyl – worth tens of millions of dollars from Mexico and California in Buffalo, Lockport and Niagara Falls. As part of the investigation, law enforcement officers seized 8.5 kilograms of fentanyl in South Buffalo.

“The fentanyl numbers are off the charts,” said John Flickinger, resident agent in charge of the Drug Enforcement Administration in Buffalo, of the drug seizure.

And just Wednesday, a Buffalo man pleaded guilty to selling fentanyl. Robert Smith, 29, sold the drug to an undercover state police officer earlier this year. A raid at his home on Gillette Avenue turned up 159 packages of fentanyl, according to the Erie County District Attorney’s office.

As law enforcement and health officials grapple with fentanyl, an even more powerful narcotic called carfentanil, an elephant tranquilizer, is causing an unprecedented number of overdoses in other parts of the country.

A week ago, 174 overdoses were reported in Cincinnati over a six-day period, according to the Washington Post. Police blame heroin cut with carfentanil.

Carfentanil has not been seen in the Buffalo area so far, authorities here said.

“As bad as it is now, it could get worse,” said U.S. Attorney William Hochul. “As little as one microgram can be lethal,” he said. “A grain of sugar is 600 micrograms. Think of that.”

When the I-STOP laws went into in 2013, some addicts began turning to heroin or what they think is heroin, and the illegal fentanyl labs are filling the void, Moore said.

Moore made clear that the I-STOP laws are a crucial step in stopping the flow of prescription pills into the hands of addicts and needs to remain in place to battle the opioid epidemic.

The mothers of several young addicts in the Buffalo area know that won’t be simple.

“It’s all fentanyl,” Gentile said of the growing number of overdoses.

“They know how much to take without killing themselves,” she said. “With fentanyl, it’s Russian roulette.”

Tricia Constantino, whose 26-year-old son Mark Jack died of a heroin overdose on March 27, said he overdosed multiple times before his death and at least one of those instances involved fentanyl.

She recalled talking to him a couple of years ago after hearing news reports about people fatally overdosing on heroin cut with fentanyl.

“They are lacing heroin with this fentanyl and it’s killing people,” she warned him.

Her son tried to explain to his mother that such warnings don’t scare addicts.

“From an addict’s point of view, if you tell them so-and-so overdosed full of a fentanyl mix, he said, the first thing an addict is going to do is to find out who the dealer is,” Constantino, of Lake View, said. “Because that’s who they want to go to. They know they’ll get high.... That’s what they’re chasing.”

Gail Christopher’s son, Michael Fuglewicz, 30, died on March 20 from an overdose of a mix of drugs including cocaine, fentanyl and another narcotic called U47700.

Christopher said she learned that he was at his home in the City of Tonawanda with some friends and had passed out on the kitchen floor. She said the friends thought he was sleeping because he was making snoring sounds. It turned out the snoring was actually the sounds of him dying. “It was a death rattle,” Christopher said.

An hour and a half later, the friends returned and realized Fuglewicz wasn’t breathing. They called 911. A detective came and administered several shots of Narcan but it was too late.

“One high can be your last,” she said. “Your dealer is not your friend no matter what they tell you. You get a bad batch, you’re dead.”
...
If you or someone you care for needs information, resources, or access to treatment related to drug addiction, please call Crisis Services’ 24-hour Addiction Line: (716) 831-7007.