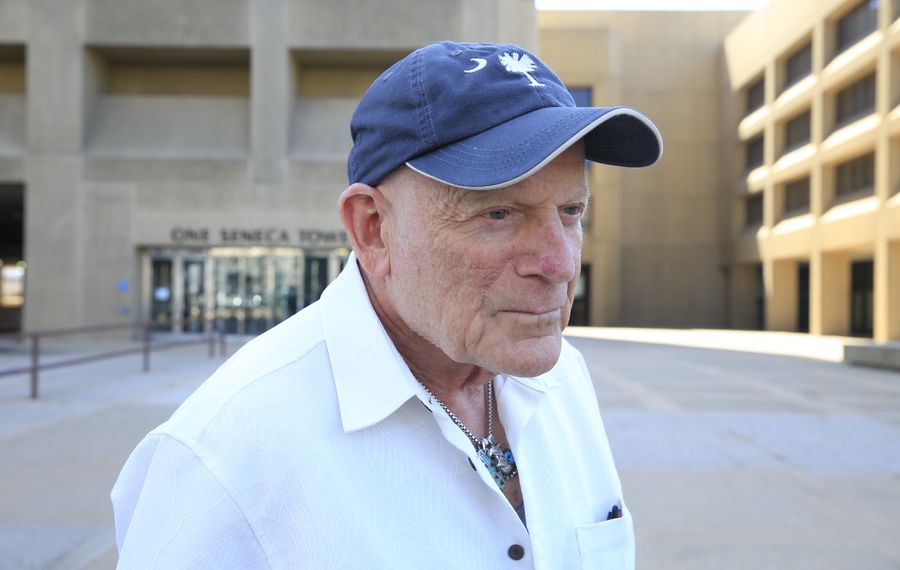 Buffalo’s top economic development official said Mayor Byron W. Brown and other city leaders are impressed with the credentials and vision of the Washington, D.C.-based developer who is buying One Seneca Tower, giving them more confidence about the future of the 38-story building.

Brendan Mehaffy, executive director of the city’s Office of Strategic Planning, said Dougas Jemal met with Brown and others to discuss his hopes and plans for redeveloping the city’s tallest structure. Mehaffy wouldn’t reveal details of the talks, but said that Jemal had “more specific thoughts” about what the building could look like than he has shared publicly.

“We’ve had great conversations with him,” Mehaffy said.

Jemal – founder and CEO of Douglas Development Corp., the second-largest commercial real estate developer in Washington – agreed to pay more than $12 million to buy the 1.2-million-square-foot tower at the foot of Main Street from the loan servicer that has owned it since foreclosing last October.

The purchase is expected to close in mid-October, at which point Jemal has said he plans to start work planning for a redevelopment that is projected to cost as much as $200 million. The developer has said he plans to make the building one-third residential, one-third hotel and one-third office space, with significant retail on the ground level and plaza area. A rooftop restaurant is also a possibility.

Jemal visited Buffalo for two days last week, accompanied by a group of executives from his company, including one of his sons. Mehaffy said Jemal is putting together his redevelopment team for the project, but has not yet asked for public incentives or other government help, although such a request is expected.

Mehaffy said city leaders, while optimistic, are trying to remain cautious in their outlook by “not getting ahead of ourselves before we do our due diligence in understanding that building.” He noted that almost a dozen potential buyers have previously met with city leaders about the building, and “in the past, the community has jumped a little too quickly to support particular developers without understanding the complexity of a project or a developer.”

“With this, I wouldn’t say it’s skepticism, but show me,” he said.