When the clock strikes midnight, the hottest August on record in Buffalo will officially go into the history books.

And, by the time you wake up on the first September morn Thursday, it might even feel a bit like early fall.

Summer's heat is far from finished.

A passing cold front today will bring cooler, drier air into the Buffalo Niagara region for a couple of days, but things are poised to stay hot and humid at least for a few more weeks, according to projections from the Climate Prediction Center of the National Weather Service.

Above-average warmth through mid-September is forecast for the Great Lakes and Northeast. In upstate New York, it's a near certainty. (NWS CPC)

After daytime highs in the mid-to-upper 70s through Saturday, the upcoming holiday weekend temperatures get back into the 80s on Sunday and then into the mid-80s on Labor Day and for the first day back to school for many area children on Tuesday.

After that, above-average warmth is expected to persist, forecasters at the weather service and AccuWeather agree.

Average daytime high temperatures for the first week of September are in the mid-70s with overnights cooling off into the mid-to-upper 50s.

This year, however, temperatures are expected to run about 10 degrees warmer than normal during the daytime and evening.

Meanwhile, as the hours run down on August, it remains unknown what the month's exact average temperature will go down in the books as officially, but there are a few other weather marks that are already known:

Twenty-eight days with temperatures of 80 degrees or higher in Buffalo set a record this August. (xmACIS2)

• The average daily minimum temperature, which is usually recorded overnight, was 66.6 degrees through this morning. Unless the temperature drops below freezing before midnight (not going to happen), this will go down as the warmest month of overnights on record for a Buffalo August. 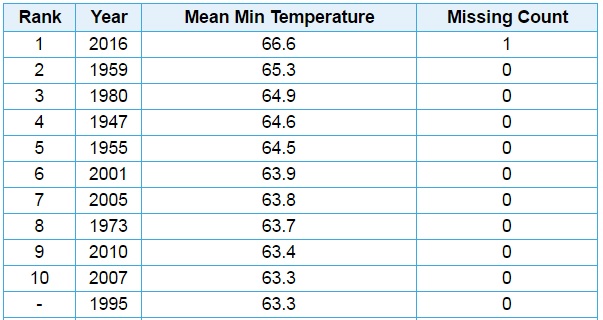 • Every day in August, except for Aug. 22, was above-average for temperature. Today is should follow suit. August 2016 even bested the next closest example of such an extreme: its mirror-image of February 2015, the coldest month in Buffalo's recorded weather history. That month, all but two of the days were colder than average. 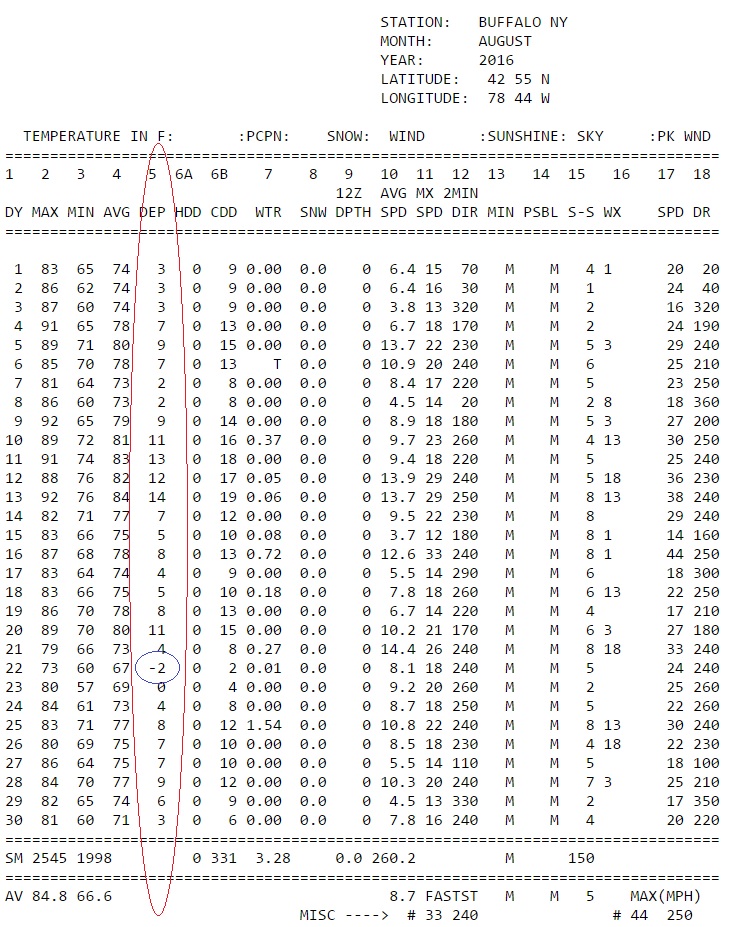 • For the first time in recorded weather history at the Buffalo Niagara International Airport, the thermometer hit 80 degrees for the first 20 days of August. The consecutive days streak fell short of the all-time record of 32 days in a row on the 21st, but was still good enough to crack the all-time Top Ten list. 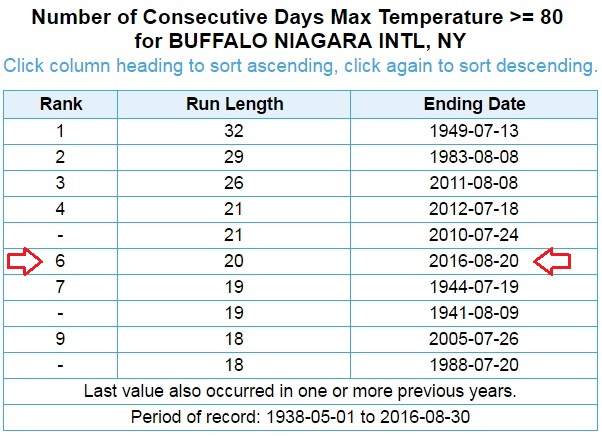 • The 76-degree low temperature on Aug. 13 set a record for the warmest minimum temperature for the date, breaking a mark of 75 degrees set 98 years ago.

• Despite the lingering drought, August 2016 is the first month since February which received a higher amount of precipitation than average. Heading into today, 3.28 inches had fallen at the airport in August. The normal monthly rainfall is 3.16 inches. About half of the monthly rainfall fell, however, on a single record-breaking day. There was 1.54 inches of rain on Aug. 25, breaking a mark of 1.46 inches set in 1982.

By Thursday morning, we'll also be able to put a bow on the final average monthly temperature for August, but it'll be a record-breaker too. 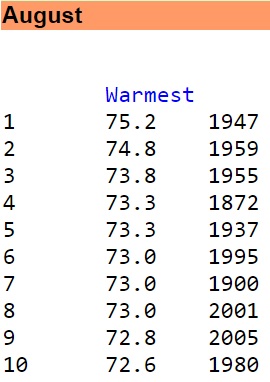