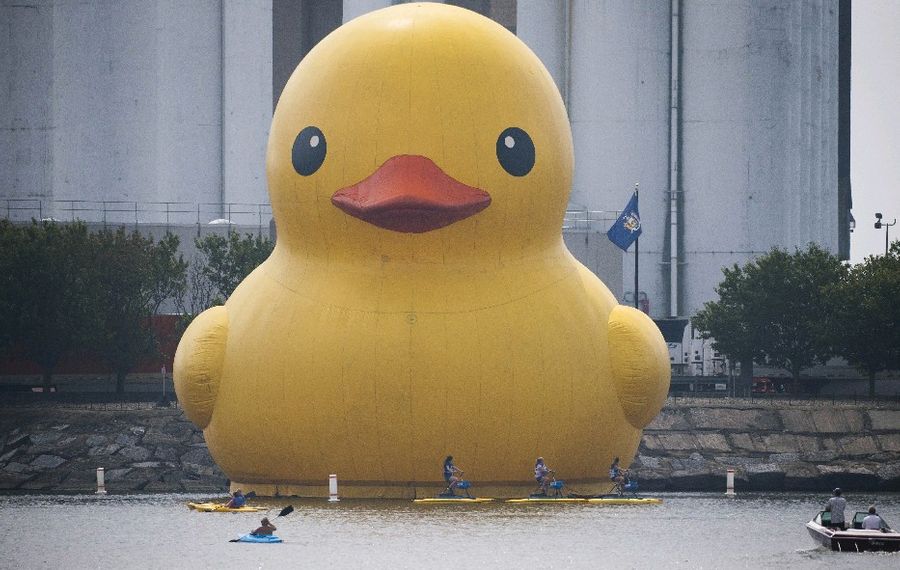 After being gone almost two weeks, I return to Buffalo and learn a giant rubber duck is being blamed for creating downtown traffic jams.

Interesting.  Because that could mean Kanye West not only lost out on two VMAs Sunday night, but also that his Buffalo show attracted a smaller audience than the rubber duck did on Saturday night.

Back on the grid

Looks like City Hall is starting to awake up from its August hibernation.

The city's preservation board starts things off Thursday, when it is being asked to approve, among other things, half a dozen demolitions. Among them: Ellicott Development's request to knock down a building at 85 E. Market St. and Brian and Gia Manley's request to demolish 647 Lafayette Ave.

Also  back on the calendar
The Common Council returns from its  recess on Sept. 6. That's next Tuesday.

The Planning Board returns Sept. 12.

Election 2017 (not 2016)
I ran into perennial candidate Sam Herbert in City Hall Monday. He tells me he's planning to run for Erie County legislator in 2017. That's the seat now held by Barbara Miller-Williams.

His decision to run has nothing to do with Miller-Williams, Herbert said, just his own desire and personal commitment to seek elective office.

Herbert last ran – and lost – in 2015, when he tried to unseat Fillmore Councilman Dave Franczyk.