Travis and Tiniko Woodrick, of Buffalo’s Argentine Tango School, said performing there was an opportunity they couldn’t pass up.

At the Elmwood Avenue Festival of the Arts, spontaneous artistic outbursts like that are encouraged.

“It’s amazing that we get to share our passion with all these people,” Travis said after the dance was over, breathing heavily.

The 17th annual festival, which continues 10 a.m. to 5 p.m. Sunday, is a smorgasbord of local creative endeavors. With traCratffic detoured off six blocks of Elmwood Avenue on Saturday, the street was filled instead with arts and crafts, live music, festival treats, advocacy groups and plenty of impromptu information sessions.

There’s so much to do it’s perhaps easier to take a step back and break it down by category. 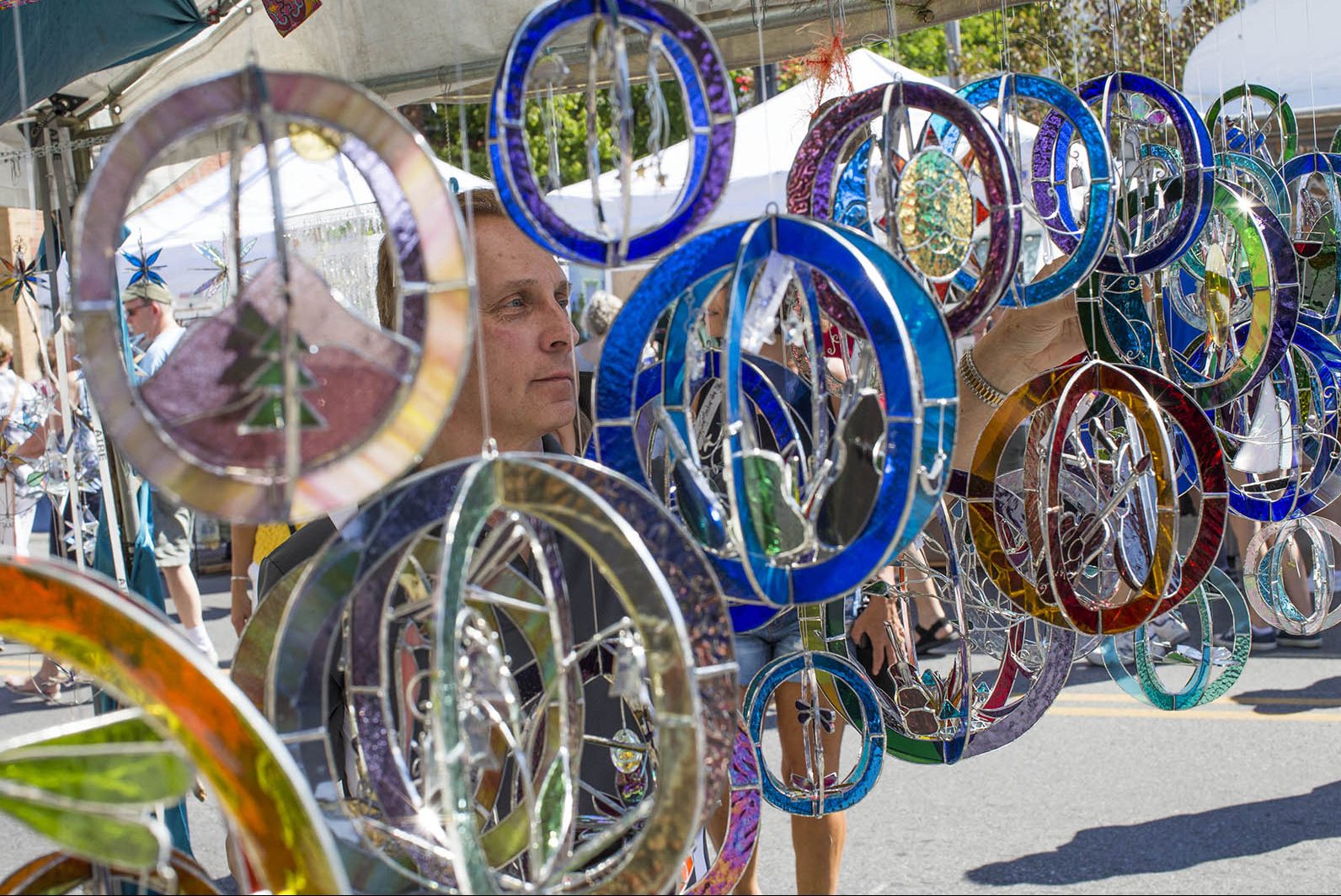 Plenty of art for sale

Robert and Elizabeth Yates, of Studio Yates, displayed their “painting with fire” series, featuring artwork burned into copper with a torch.

Kevin Schoonover, of Flying Whale Studios, had black-and-white photos of aging buildings and sculptures to show that “time drags on.”

And Dave Pollot, of Dave Pollot Art, caused fits of laughter with his pop-culture-heavy prints featuring the likes of Darth Vader and Bob Ross.

The secret garden of the Elmwood Avenue festival is the Acroplis Beer Garden, hidden away from the main block down a narrow alley.

If you’re 21, you’re let back into a smaller version of the festival, with a few booths and a selection of craft beer.

“We go all out for this,” said Paul Tsouflidis, owner of Acropolis. “Our customers love it.”

Music on stage and off

There are two main stages for performances — each with a diverse lineup of artists — but one wouldn’t need to go far to hear some music.

Street musicians popped up on nearly every corner, providing the background soundtrack to the festival.

Paul Christopher Kozlowski and David Adamczyak, of the band Casperous Vine, were performing as a two-man band. Kozlowski played the accordian. Adamczyak was on the violin.

For Kozlowski, who’s from Buffalo but has been traveling the world, performing at the festival was a homecoming of sorts.

“I’ve never actually performed music at this festival before,” he said. “The response has been excellent from everybody.”

No shortage of snacks

His was one of the many cold delicacies available on a sweltering day.

“I’m nearly sold out,” he said. “This has been a very popular corner.”

There were a host of other food options at the festival, like a Kornerstone Coffee tent and a long line of food trucks.

Ted Warlock, of the Cinnamon Roasted Nut Company, said there’s no event like the Elmwood Avenue Festival of the Arts.

“This is one of the better ones,” said the former Buffalo resident. “We live in Central New York now, but we come back for it.”