The University at Buffalo football team has eight fifth-year seniors returning this season.

Ohio University has 14. So does Northern Illinois.

That’s one important target coach Lance Leipold is shooting for as he tries to turn the Bulls into a winner.

“We want to build this for the long term, not just for the immediacy of this season or next,” Leipold said. “Developing players and having fifth-year seniors is very important.” 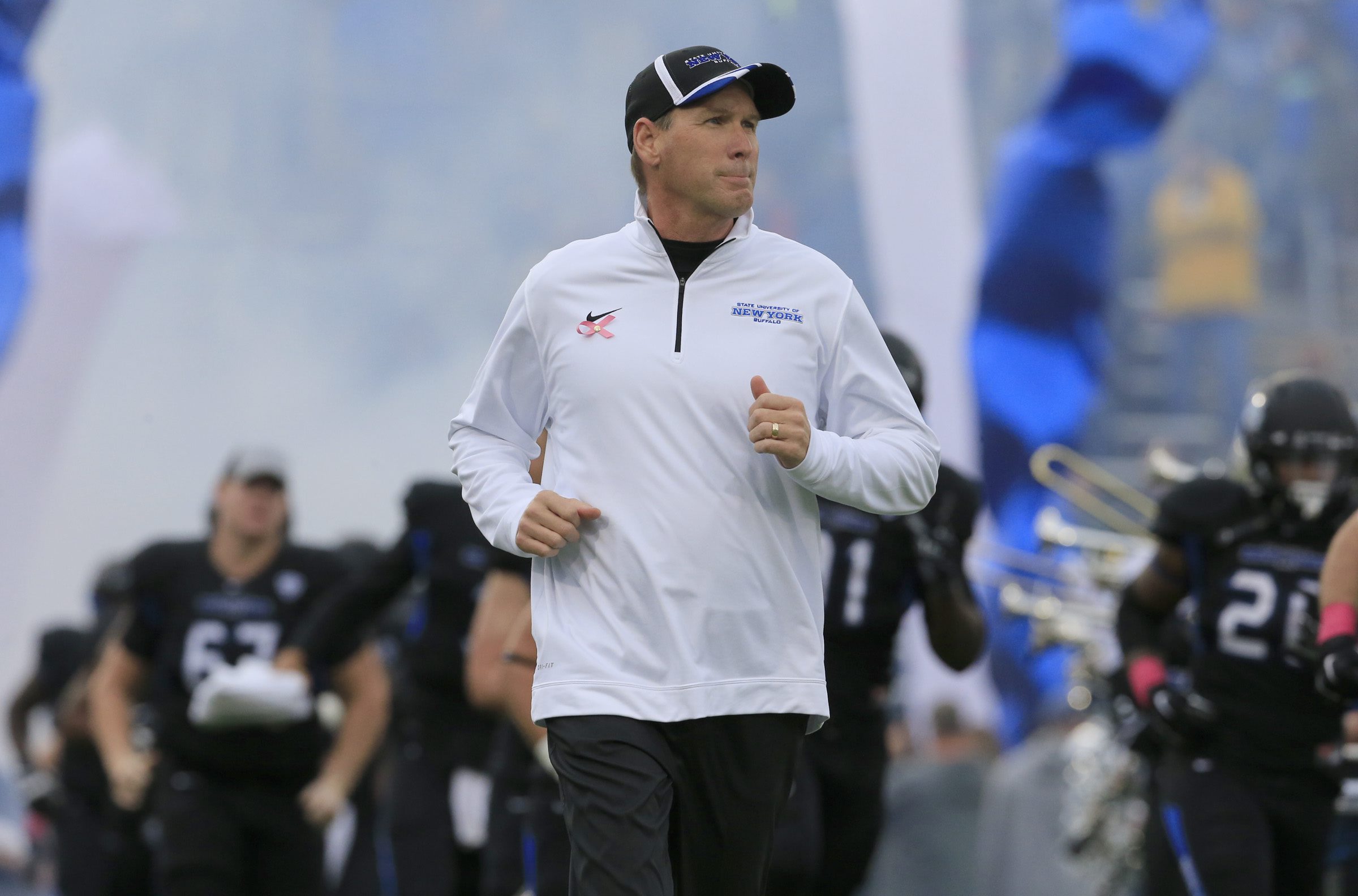 Lance Leipold has a plan for building UB into a consistent contender.  (Harry Scull Jr./Buffalo News)

It’s going to take awhile for Leipold to get to a position of fifth-year strength. The 2017 UB class will have nine fifth-year seniors.

But Leipold is not sitting on his hands waiting until 2020 for his building project to bear fruit.

The Bulls coach applied jumper cables to his roster this offseason by recruiting 12 junior-college scholarship players, three graduate-student transfers and three other Division I transfers who will sit out this year.

Leipold, in his second season since coming from Division III, is patient − but not to a fault.

“We saw last year we were on the verge of being in a bowl,” he said. “As we looked at it, we’re trying to balance the classes as best we can with our scholarships.”

Leipold stressed that he was not mortgaging the future by bringing in a big haul of jucos.

In fact, five of the 12 junior college additions are sophomores this season. The most prominent is Californian Khalil Hodge, who has stepped in immediately as the starting middle linebacker. Sophomore cornerback Tatum Slack, another California product, and sophomore guard Connor Morehart may contribute quickly, too. 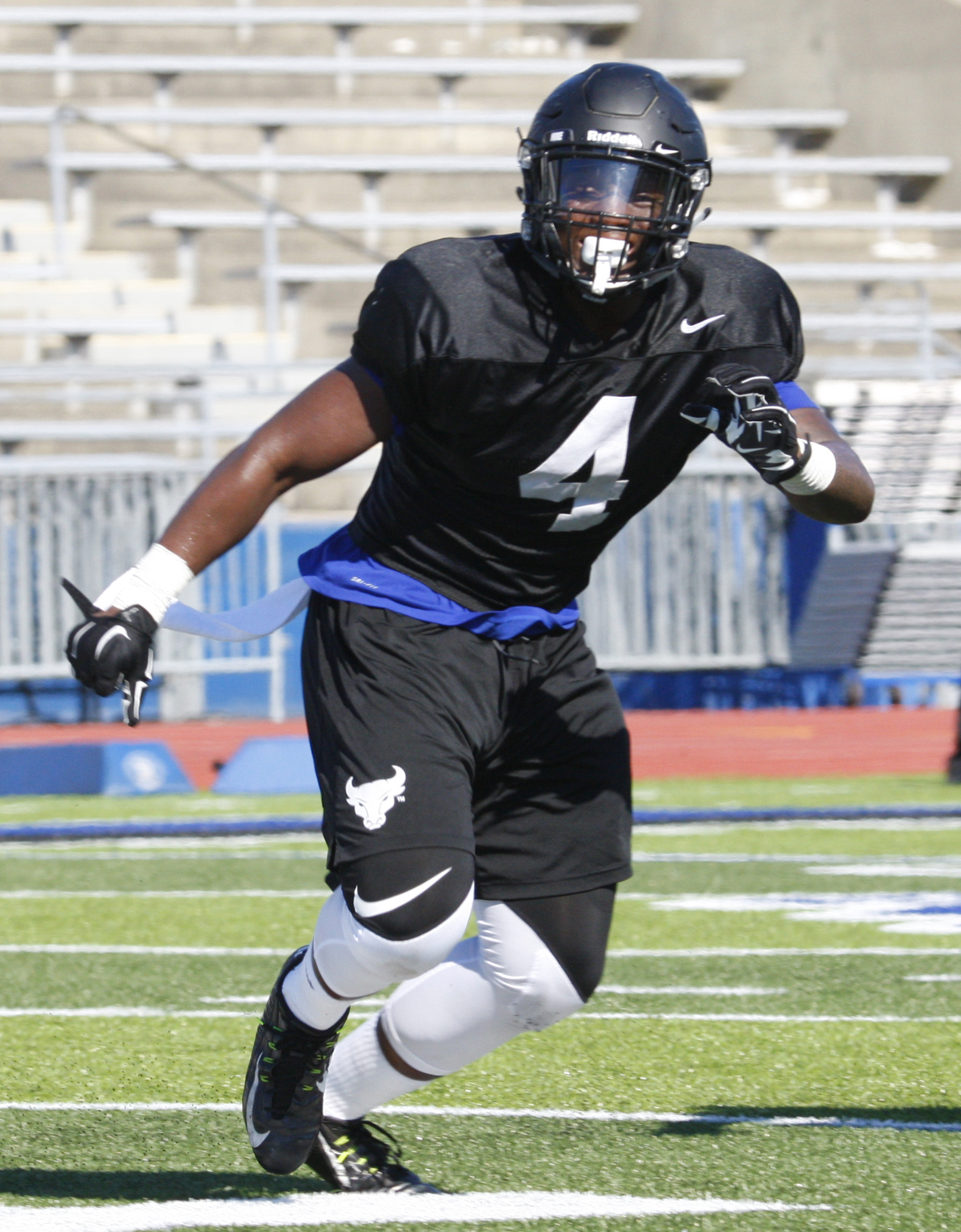 Khalil Hodge has been the answer at middle linebacker. (Harry Scull Jr./Buffalo News)

“The biggest thing I and our staff wanted to do is we wanted to add competition on a daily basis,” Leipold said. “If anything it’s going to increase our depth. If you look at last year, we didn’t have a lot of depth at linebacker, which not only hurt us late in the year on the field, it hurt us in special teams, too. We feel we’re in a better place in that regard.”

How is the Leipold project going so far in terms of quality? There are reasons to be encouraged about the recruiting. Recruiting rankings for teams outside the Power Five conferences are notoriously untrustworthy. UB’s greatest player, Khlil Mack, was on nobody’s radar coming out of high school.

But UB has beaten out other quality Group of Five programs to get three promising running backs the past two years. Sophomore Johnathan Hawkins will be the No. 2 back this season. Freshmen Kameron Pickett of Georgia and Theo Anderson of Florida were good “gets” for the Bulls. Hawkins had an offer to play linebacker at North Carolina State. Pickett picked UB over New Mexico and Connecticut. Anderson had offers from Cincinnati and Temple.

Other good-credentialed freshmen include: cornerback Tyrone Hill, who originally signed with Maryland; cornerback Roy Baker, who at one time held an offer from North Carolina State; and tackle Kayode Awosika, who picked UB over Nevada and Iowa State. 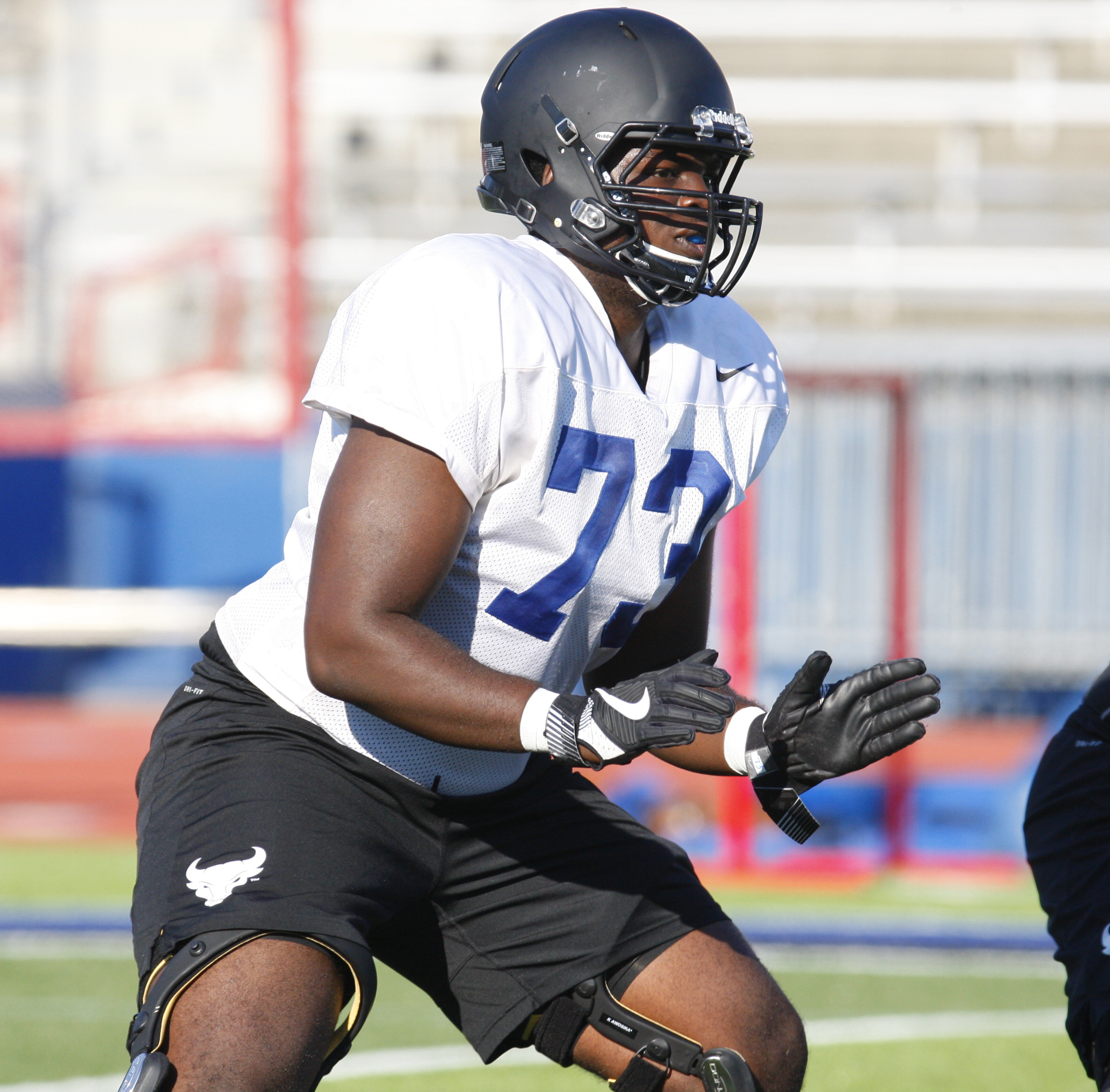 Most Division I programs look to the South for speed. Over the past two years, Leipold has recruited 12 players from Florida, Georgia and South Carolina. There are five players from those states left on the roster from the three previous recruiting classes.
“I think we’ve been able to target some of those areas and have some success,” Leipold said. “When you look at everybody in our league, they’re going to target a Southern state with highly populated football programs, whether it be Atlanta or Florida or Texas. That’s worked out for us so far.”

“Florida-Georgia is more our focus” than Texas,” said Rob Ianello, UB’s associate head coach and recruiting coordinator. “You can fly direct to here from Atlanta, from Tampa and Orlando and Fort Lauderdale. Direct flights help you.”

“I think probably the New Jersey area is something we’ve re-evaluated and want to do a better job there and in Pennsylvania,” Leipold said. “I think you’re going to hear us talk about a six-hour radius from Buffalo a little more frequently.”

“We’ve been very pleased with the reception we get in Canada and the quality we see, not just athletically but academically, too,” Leipold said. 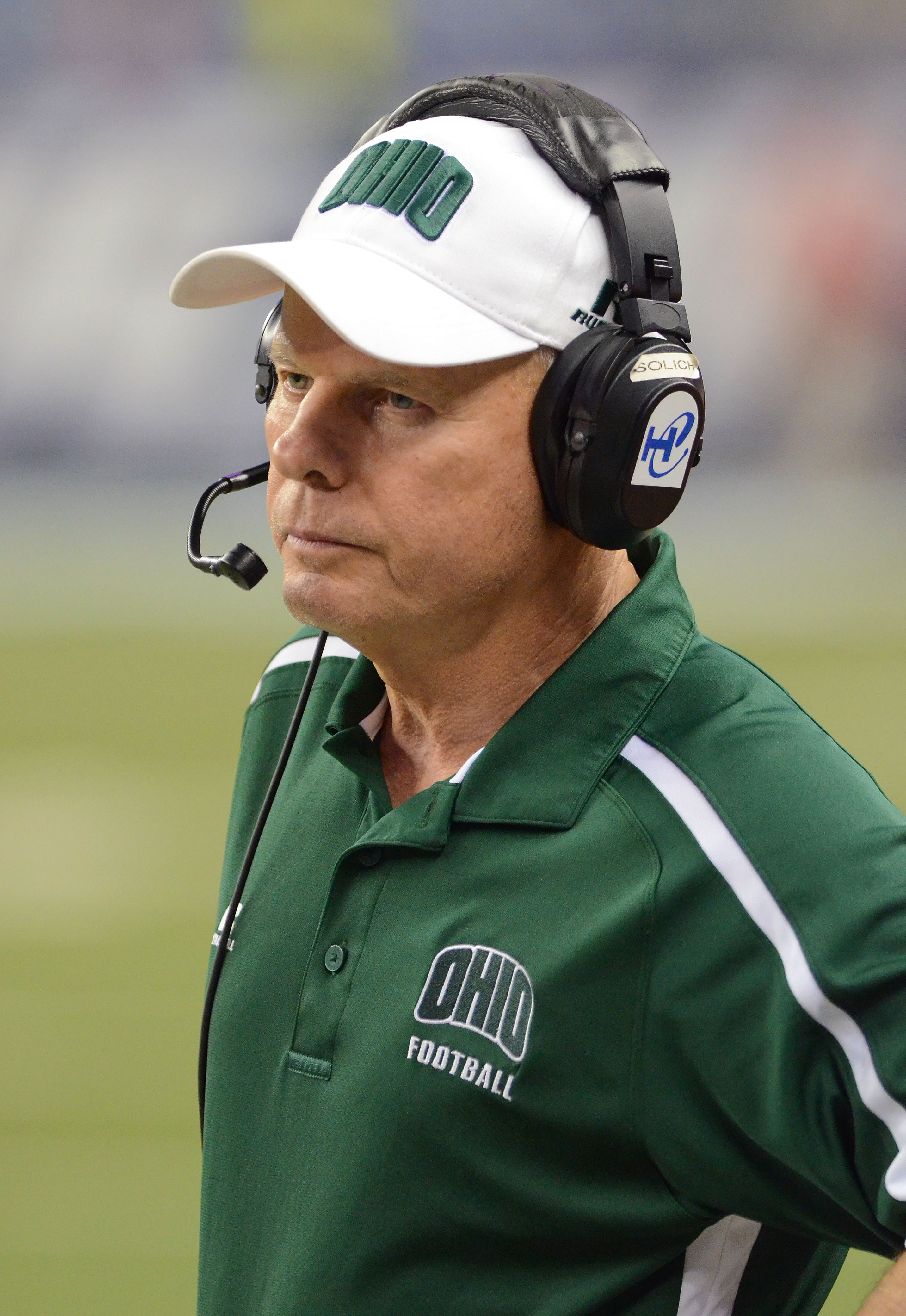 Leipold has great respect for Ohio head coach Frank Solich, under whom he worked for three years at Nebraska from 2001 to 2003. The 71-year-old Solich has a blueprint Leipold wants to emulate.

consistent,” Leipold said. “Sometimes you think there can be quick fixes or a magic wand. It takes daily work by the players who are going to do what you need.”

More from our college football preview:

Why the MAC works as a football conference -- and for UB

MAC Attack: The conference's best NFL players at each position

Sizing up UB's schedule: Who to watch on the other sideline & which team should win