“The people of Buffalo are beautiful. There’s a lot of talent here,” said Rick James upon his return here in 1977 to start a record distribution company. 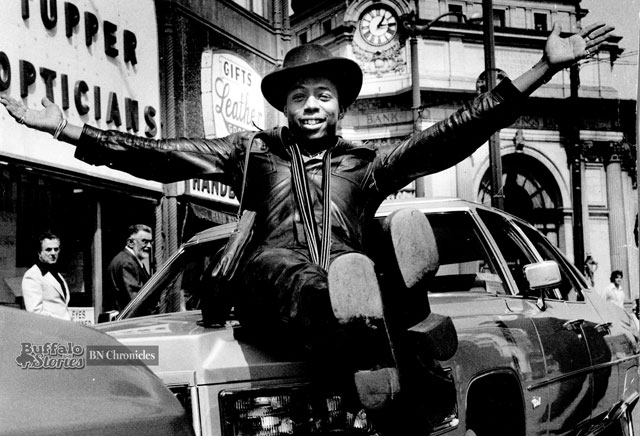 Rick James sits on the hood of his Cadillac in front of the Buffalo Savings Building in 1977. (Buffalo News archives)

He told The News he left Buffalo not by choice, but because he’d been called to Vietnam with the Navy after missing too many reserves meetings. After a few more clashes with military brass, he fled to Toronto, where he formed the group “Mynah Bird” with Neil Young. 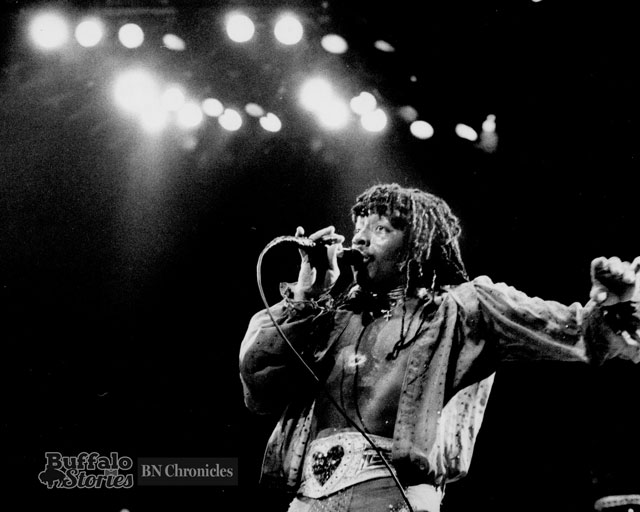 In concert at Memorial Auditorium in 1982. (Buffalo News archives)

Just as Motown was ready to release that group’s first album, the old Navy trouble resurfaced and James spent a year in prison. Young split to join Buffalo Springfield, and the future Super Freak went to work writing and producing for Motown. 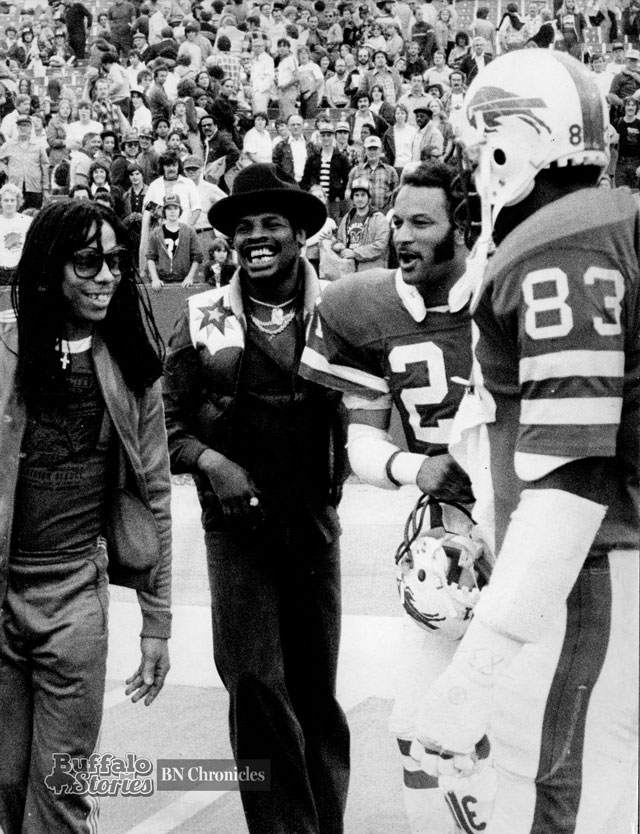 When James came back to Buffalo in 1977, his name was not a household one, but his star was on the rise. C. Antony Palmer wrote in The News that James “is a performer who gives that little extra effort.” 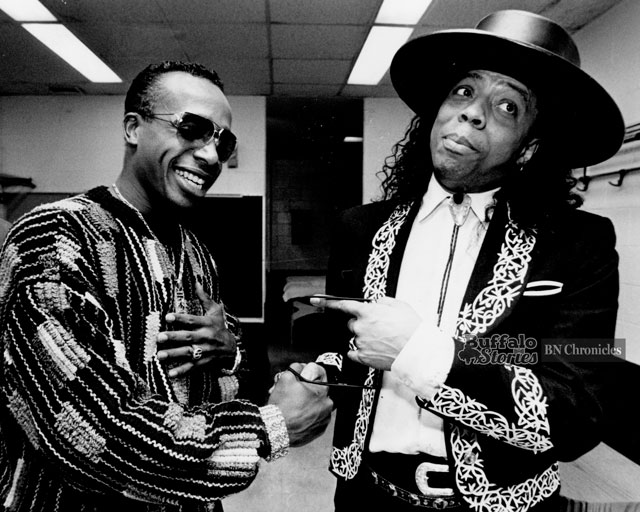 MC Hammer and Rick James stop feuding and meet before Hammer’s concert at the Aud in 1990. The two battled after Hammer’s hit “U Can’t Touch This” sampled music from James’ hit “Super Freak.” (Buffalo News archives)

The rocker returned to Buffalo again in 1997, this time shooting a “Behind the Scenes” documentary for VH-1. He hadn’t been back to Buffalo in six years. Three of those years away were spent in prison. James told News reporter Anthony Violanti that the years in prison were the first of his life that he tried to clean up, dry out and grow up.

A reflective James said he could never move back to Buffalo or his Orchard Park home — the memories were too painful. He did visit School 53, the Masten Boys Club and Masten High School — though school officials demurred on the chance for James to meet with students. 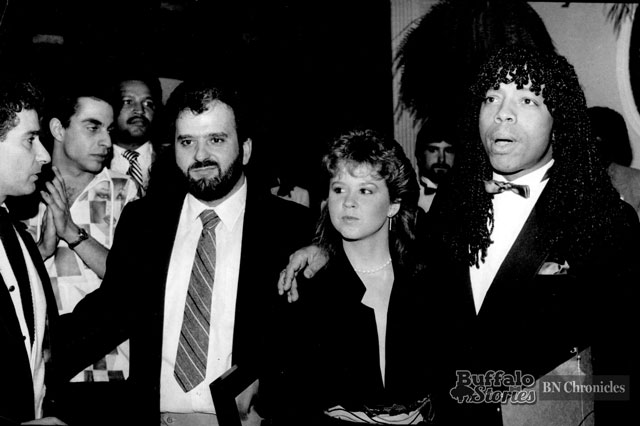 James was joined by his girlfriend, "Exorcist" actress Linda Blair, and Bobby Militello at Mulligan’s on Hertel Avenue in 1982. (Buffalo News archives)

“It’s a great town,” James said of Buffalo, “but it’s a strange place.” He said there was nowhere else that had more influence on his music than his hometown.

Seven years before he died of heart failure, he had one wish for the city.

“There should be more love between blacks and whites in Buffalo," James said. "It’s so cold, and winter’s coming.”