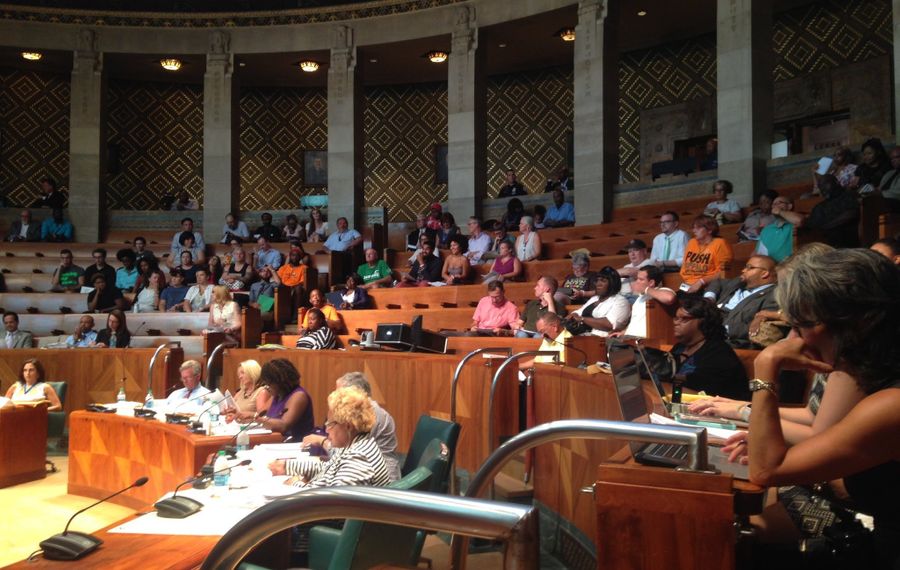 The debate about whether transgender students should be allowed to use restrooms that align with their gender identity is now before the Buffalo School Board – and the group is getting fierce pressure from those on both sides of the issue.

Nearly 150 people turned out at Wednesday’s meeting to have their say on the proposed policy.

It was a discussion marked by emotional comments and outbursts from those on both sides.

Most of the crowd, and nearly every speaker, came to show their support, a stark contrast to the opposition that has boiled over at recent forums.

“If you start discrimination in the bathroom, where do we stop?” said speaker Ari Moore. “Trans adults are not second-class citizens.”

The discussion became heated when one speaker said the transgender bathroom policy would open the door for pedophiles to prey on other children. His comments elicited both applause and angry rebuttals from the audience.

“We haven’t mastered the racism policy,” said speaker John Young. “How in the world are we going to embrace this one?”

The board will resume its discussion of the policy at a committee meeting in September.

The tension stems from the Obama administration’s directive that every school district in the country must allow transgender students to use bathrooms and other facilities that match the gender they identify with – not the one they are assigned at birth.

“As is consistently recognized in civil rights cases, the desire to accommodate others’ discomfort cannot justify a policy that singles out and disadvantages a particular class of students,” the administration wrote in a letter to school districts.

Students would be allowed access to alternate restrooms as soon as their parent or legal guardian declared a gender identity other than the one listed in other records, such as medical or birth records.

Districts that do not comply could potentially face legal action, or have federal education funding withheld.

It is not clear, however, whether the administration’s directive will hold up in the courts, which have not definitely answered whether federal civil rights law protects transgender people.

Eleven states have filed legal challenges against the schools directive, and earlier this week a federal judge in Texas ruled that the new mandate contradicts existing laws and regulatory policies.

With the start of a new school year just a few weeks away, school officials locally and nationwide find themselves in the tough spot of planning for a new federal mandate that may not withstand legal challenges.

Buffalo school officials have been moving forward with the development of a new policy, which is based on state guidelines.

The board was originally slated to vote on the policy at Wednesday’s meeting, but tabled it.

Board members appear just as divided as the public on the matter. Newcomers Jennifer Mecozzi and Hope Jay applauded some of the speakers supporting the policy, while Paulette Woods clapped for Young, who made the pedophile reference.

“This is a very sticky problem,” board member Larry Quinn wrote in an email to the board. “Certainly transgender people in transition are in very vulnerable situation evidenced by a suicide rate approaching 40 percent. They clearly need to be protected. But there are other important considerations.”

Parent Carolette Meadows said those opposed to the policy are concerned about putting their children in an uncomfortable position.

“Some people, as adults, we really just don’t want our daughters to see a penis in the bathroom,” she said. “Everyone can stop putting this on parents, acting like parents are paranoid.”

Meadows, one of two people to speak out against the policy, also criticized the district for taking up the transgender bathroom policy while other discrimination issues go unresolved.

“I find it absolutely deplorable that this district can come up with a transgender bathroom policy in about six months but our OCR complaint is still unresolved,” Meadows said, referencing the ongoing complaint about admissions at City Honors School. “Not only should there be equality in the bathroom there, should be equality in the classroom.”

Speaker Azalea Williams, who is transgender, recalled being beaten as a student in the Buffalo Public Schools, and implored the board to consider the safety of a vulnerable group of young people.

“We face pervasive discrimination and the lack of protections,” Williams said. “The education system has failed to adequately protect trans students.” 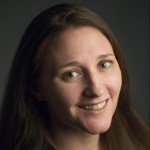