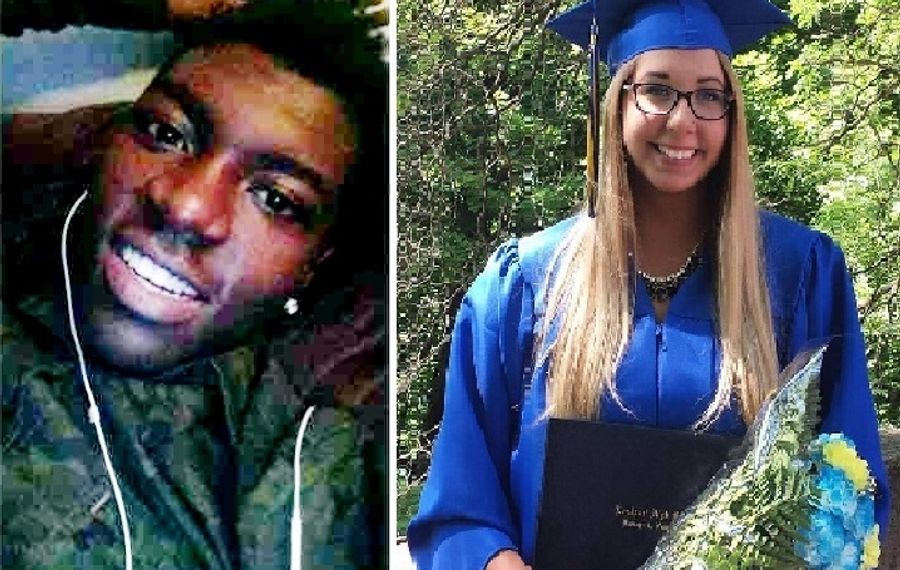 Melanie Aronow was planning to leave for SUNY Fredonia this weekend.

Quincy Harper was headed back to Medina High School, where he played sports.

The two 18-year-olds were killed early Saturday morning while walking with two others on a narrow two-lane road in Wheatfield that was crowded with parked cars.

They were among many young people from the Lockport area who attended a party late Friday and early Saturday at a house on Shawnee Road.

News of the tragedy sent shock and sadness through their groups of friends.

One friend of Aronow’s said she was awakened at 1:30 a.m. by a flurry of text messages.

“I’m sorry for your loss,” the messages said.

The friend, who did not want to be identified, said she had no idea what had happened until she asked another friend.

“It doesn’t seem real,” she said through tears.

Aronow was the daughter of Glenn Aronow, a Niagara County political figure. Her mother lives in Amherst.

“She was always on the move,” the close friend said. “She always needed to be doing something.”

Jordan McKenna described Aronow as the life of the party and always cracking jokes.

“Whenever you were around her, it was impossible to not be smiling,” McKenna said.

“I know that’s cliche, but it’s true,” her close friend said. “Her laugh was just so contagious.”

Harper’s close friend Troy Lawson found out at about 2:30 a.m., after one of Aronow’s friends awoke him with the news of the tragedy.

Lawson went on Facebook, where he saw that Harper had been killed, too.

One of Lawson’s favorite memories is of being in a bad mood when Harper came over to his stepmother’s house.

Harper loved to put a smile on everyone’s face. His family wrote online that Harper had a “million dollar smile and a heart of gold.”

Harper’s former youth football team mom wrote on his Facebook page: “He always had a smile and gave 110%.”

“He was the kind of guy every father dreamed of having, the kid everyone wants to be around,” Lawson said.

When Harper spoke of his future, he talked about his dreams of becoming a great athlete. He played basketball and football in school, and was the lead scorer of the junior varsity basketball team at Medina High School during his sophomore year.

“He was always trying to get a hold of a basketball or football,” Lawson said.

Both families set up GoFundMe pages to pay for unexpected funeral costs.

On Saturday, amid waves of disbelief and tears, Aronow’s close friend sat in her room watching videos of Aronow, listening to her laughter.

Many of Aronow and Harper’s shocked friends wrote about their deaths on Facebook and Twitter. They sent their prayers and thoughts, shared photos and memories and spoke about how young the two were.

Julia Hazelent wrote on Twitter: “The reality of this situation hits close to home ... That could have been any one of us. Appreciate everyone around you & please, stay safe.”