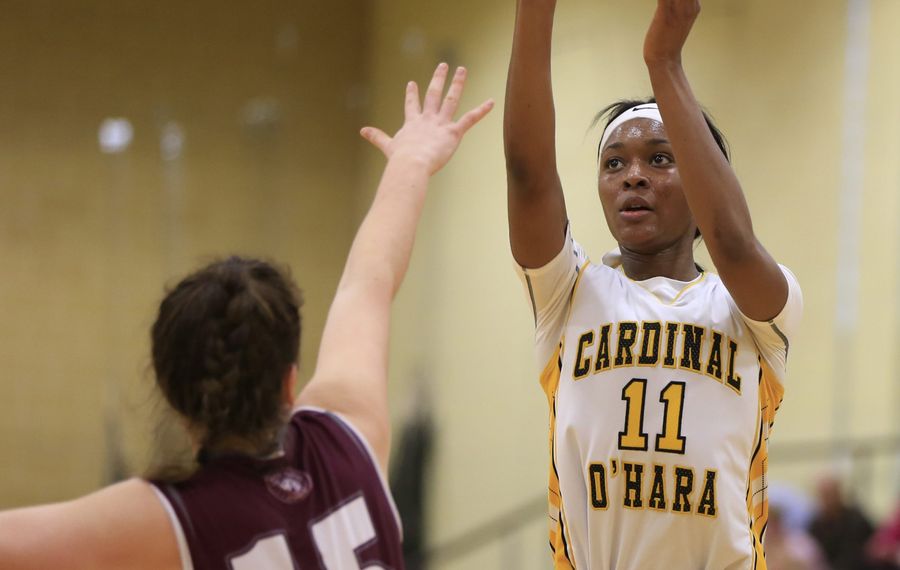 Anndea Zeigler will have a chance to play basketball at the next level before family and friends and she couldn't be happier.

Cardinal O'Hara star and two-time All-Western New York first-team selection has verbally committed to continue her career as a student-athlete at Canisius College.

"They've been there since sophomore year and they've been waiting for me," Zeigler said. "They kept my offer on the table even though I went to other camps. It fit very well and it's my hometown. ... It's not often you get an offer from local schools so I wanted to take advantage of it and play before family and friends."

"Canisius was the school, they came after her the hardest," said O'Hara coach Nick O'Neil of Zeigler. "They really love her. They have a specific role they want her to do when she gets there. She had other offers from UB, Stonybrook and La Salle. She chose Canisius and stayed closer to home. ... It's a beautiful thing for local kids to stay at local schools."