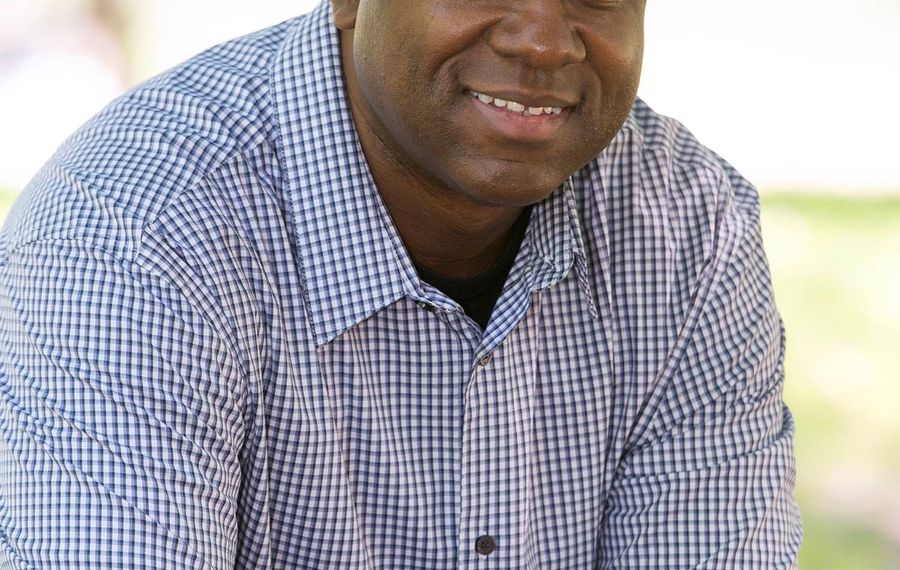 A year ago, Buffalo native Eddie Mark was riding high with the publication of his first novel, “The Garden of Unfortunate Souls.”

Just a couple of weeks ago, the former Kensington-Bailey neighborhood resident had reason to soar even higher when he was announced as the winner of the 2016 Phillis Wheatley Award for First Fiction, an honor presented for a debut work of fiction by an African-American writer. Mark and several other Wheatley Award winners received the news at the Harlem Book Fair in New York City, one of the country’s premier literary events for black authors.

Award-winning author wasn’t the trajectory the 1991 Hutchinson-Technical High School graduate had originally envisioned for himself. Though he had dabbled in writing – mostly poetry – since he was 12, Mark, 43, did not give serious thought to writing a novel until he entered his 30s. By then, he considered taking a brief detour from his initial goal toward becoming a school principal.

Mark had already spent time as a music teacher at Poplar Academy and Hamlin Park Academy in the Buffalo Public School system and was working toward the first of his two master’s degrees in education and business administration when the idea to write a novel struck him in earnest.

“I didn’t always write the way I do now,” Mark said in a telephone interview from the University of Toronto, where he is a doctoral candidate in educational leadership and policy.

“One of the reasons I can write as fluidly as I do is because of how much I had to write in grad school,” he added.

The action in Mark’s first novel takes place in the 1980s and is set in Buffalo’s Fruit Belt, which provides the backdrop for the story about an eccentric single mother and religious fanatic.

The tale opens on her unlikely entanglement with the mayor’s son after the inebriated young man crashes his car into the woman’s house one dark and rainy night and then seeks to bribe her to keep quiet about it for the not-so-princely sum of $500. A subsequent secret meeting between the two sets off a chain of events that leaves both of their families forever changed.

In crafting the opening for his fictitious tale, Mark said he was inspired by a couple of real-life incidents, the first of which took place in the late 1990s when a drunken driver plowed his car into the porch of a West Avenue house in which Mark was living at the time.

More details for Mark’s fictional tale were loosely drawn from a 2007 incident in which the real-life Buffalo mayor’s SUV was reported stolen and later found crashed into three parked vehicles near Canisius College.

That launched a highly publicized, five-week investigation into whether Mayor Byron W. Brown’s then-16-year-old son had been at the wheel. “Ironically, after I had already started the story and was drawing the outline for it, I hear about the mayor’s son crashing into something in Buffalo,” said Mark.

He stressed, however, that none of the fictional characters in his book are explicitly based on any actual people in his hometown.

Mostly, Buffalo provides the canvas onto which Mark painted his intricately conceived story which, at its base, traces the roots of urban violence to the excessive use of corporal punishment against African-American children.

“When I was teaching – and I taught in the inner city – there were a lot of students who were sort of emotionally scarred.

“The more I talked to them, the more I realized that it was a part of the corporal punishment that they were made to suffer. And this wasn’t just a couple of students. This was a lot of students,” Mark said.

Ken Shear, CEO and publisher of the Seattle-based Booktrope Editions, said he is not surprised the Phillis Wheatley Award committee took notice of Mark’s work.

“One of the big things about Booktrope was looking for new, exciting authors who can tell a great story, and Eddie certainly fit that bill,” Shear said.

In an effort to give first-time authors like Mark a shot at getting published, Shear said his company developed a system called team publishing.

The new authors had to get a vote of confidence from an editor, a cover designer and a marketing person, each of whom had to agree to forgo payment upfront for a share of future revenues from the book.

“So that kind of replaced traditional selection criteria in some ways. We relied on those people’s willingness to contribute their time and effort. Of course, they did for his book. So that was a great validation of his book for us,” he added.

Shear anticipates that winning the Phillis Wheatley Award will help raise Mark’s profile as an author.

“Every book needs a little publicity and a push,” Shear said.

Mark, who has two master’s degrees from Canisius College, is currently working on his second novel but prefers to remain mum on the topic.