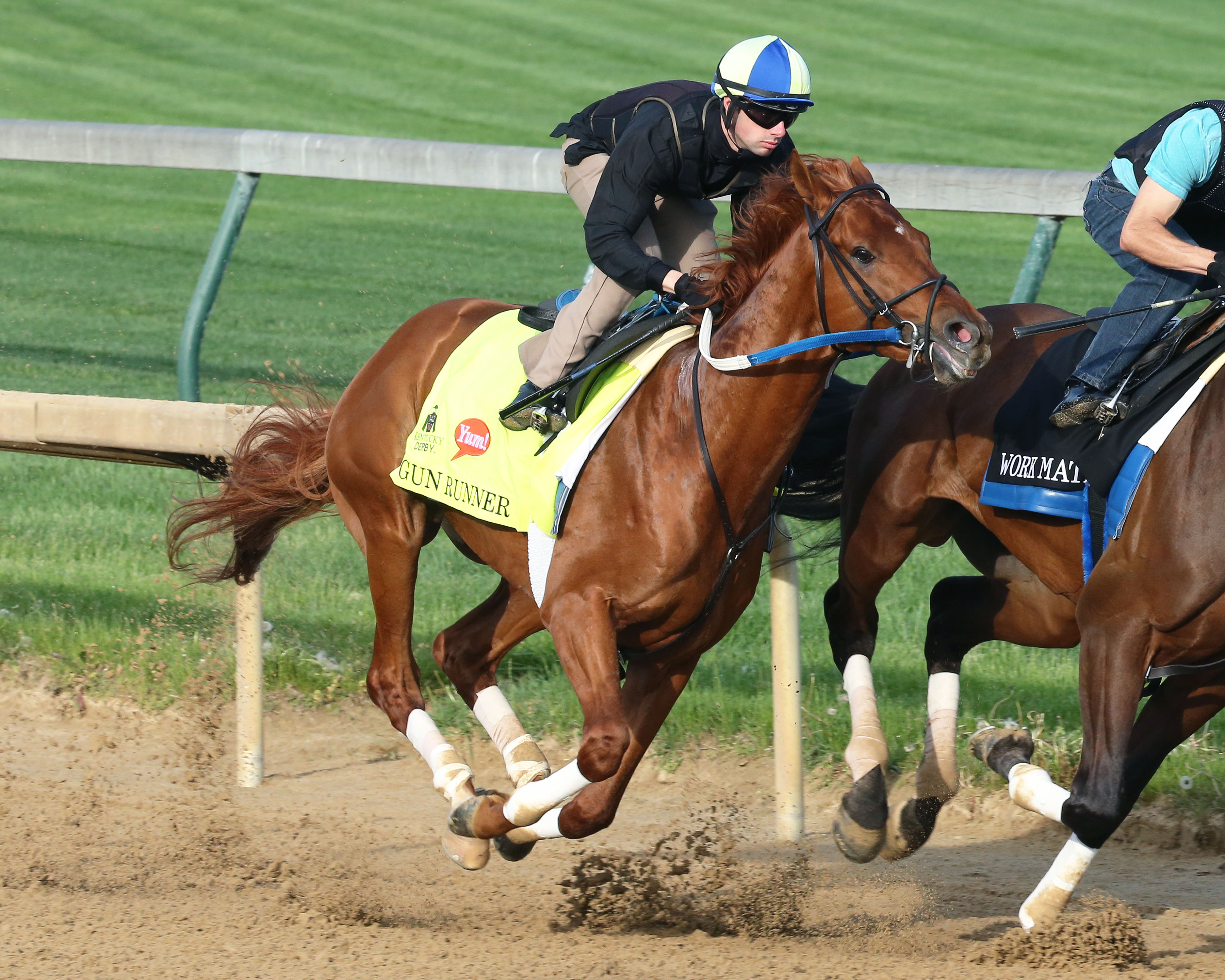 The race that seems to attract the biggest stars every year has done it again.

The 1 1/8-mile race for 3-year-olds is Race 12 on Monmouth’s signature day. The so-called “War at the Shore” promises to be a key race for determining the front runner in the 3-year-old colt division. Nyquist is the likely current favorite in that category, only losing the Preakness in his four starts in 2016. Exaggerator, who finally defeated his nemesis in Baltimore, can make up some ground with a win in the Haskell.

Gun Runner came out of the Derby to win the 1 1/16-mile Matt Winn, a Grade 3, at Churchill. He is in good form and will try to squeeze into the divisional conversation with a win on Sunday.

1 – Nyquist (O’Neill, Gutierrez, 6-5). Morning line favorite drew the rail on the speed favoring track. The Derby winner’s only blemish came on a wet track at Pimlico and an ill-fated decision to go to the lead early and fast. If you throw that out and look at the 9-furlong distance, the son of Uncle Mo looks very formidable in here.

2 – Sunny Ridge (Servis, Juarez, 20-1). Long shot son of Holy Bull is in deep waters with this crew and will need to step up his game in a big way to compete.  He won the Withers in early January at the Big A, but has been sidelined since he finished fourth in his last effort on the Derby trail in the Gotham. Pass.

3 – Awesome Slew (Plesa, Lopez, 15-1). Regular Monmouth rider Paco Lopez is aboard the second-place finisher in the local prep for the Haskell. He finished 1 ½-lengths behind Donegal Moon after leading in the stretch. He adds blinkers for Plesa and comes in third off the layoff. Best use may be to play him underneath in the superfecta.

4 – Gun Runner (Asmussen, Geroux, 4-1). The son of Candy Ride has been training at the Spa for Asmussen who split his two big runners between the Haskell and Jim Dandy. He looks to be in form and is a big threat in here and should be a decent price. Don’t be surprised by a top-two finish.

5 – American Freedom (Baffert, Bejarano, 3-1). Surprising second choice, but trainer Bob Baffert has virtually owned this race winning it a record eight times, including five of the last six. The son of Pulpit will look to make it three in a row for the white-haired trainer. He comes out of back-to-back wins in the Sir Barton on Preakness day and the Iowa Derby after clunking in the Pat Day Mile on Derby day. Has a bullet workout on his tab on July 26 at Del Mar and will likely be on the engine. Contender.

6 – Exaggerator (Desormeaux, Desormeaux, 5-2). His workouts at Saratoga have not been much to get excited about and unless it comes up wet at Monmouth, I’m staying away. He’ll be looking to atone for his dismal start in the Belmont and rebound back into the conversation on Sunday. The connections will be doing rain dances on Saturday night; otherwise I’m taking a stand against.