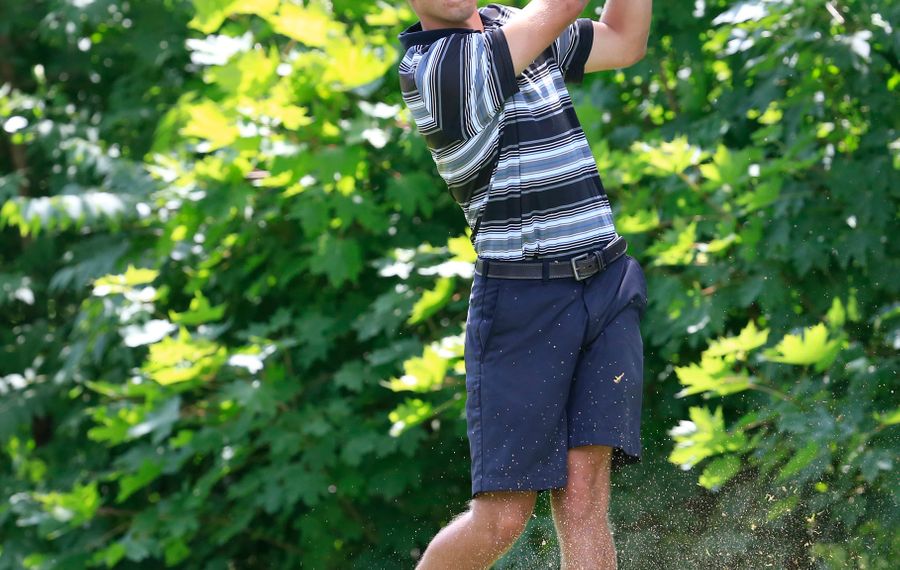 For many of the locals in the field the Porter Cup served to bolster their confidence for the days ahead.

Michael Boss, son of Niagara Falls Country Club head pro John Boss, topped the local contingent of 12 with rounds that could barely have been more consistent – 71-71-70-70 for a 2-over total of 282. He finished tied for 29th, missing out by a stroke on a top-25 placement that guarantees a return invitation.

“I could have played a little better every day,” Boss said. “Left a couple shots out there but overall good experience, good tournament. Those are good scores, consistent. Nothing too flashy, no big mistakes or anything like that, so that was nice.”

He bogeyed the first hole and chipped in on the par-3 seventh for his lone birdie.

Ben Reichert, the Williamsville North graduate bound for East Tennessee State, produced his second sub-par round of the tournament, a 69, to finish second among locals at 286. He opened with a 68 and followed with rounds of 77 and 72 and tied for 44th.

“Really just had one bad round that shot me out of it,” Reichert said. “Gained some confidence. I played two solid rounds, one mediocre round … second day, got unlucky, hit bad shots, that’s just about as bad as it can get. I bounced back pretty strong though today so I’m definitely carrying some confidence into the rest of the summer.”

Billy Gaffney and International Junior Masters champ David Hanes finished three strokes back of Reichert, tied for 53rd at 289. Gaffney closed with a 71 while Hanes, who will play at Canisius College, came in at 74.  The tournament was a goal fulfilled for Gaffney, who failed in multiple qualifying attempts before shooting 66 at this year’s play-in.

Gaffney used a caddie other than his father, John, in the qualifier and earlier in the tournament but turned the bag over to him on Saturday.

"It’s my first Porter Cup and it’s my last as of right now,” explained Billy, who plans to relocate to Houston and turn pro, with the goal of attending Canadian Tour Qualifying School in the spring.

John Gaffney was long one of the area's top players, winning the state amateur in 1999.