For the thousands of phone-toting Democratic convention-goers, the big priority isn’t listening to all the speakers. It’s getting to the juice.

Open plugs and charging stations have become treasures for needy power seekers. And if you’re unlucky enough to be the delegate of a highly populated state such as New York – with its 500 delegates –  your chances of finding an open plug at your own state’s stanchion are really slim.

Smartphone power user Mark Poloncarz knows all about that. The Twitter-happy Erie County executive went dark during President Obama’s speech Wednesday night because his phone and his backup power supply both died before Obama’s speech started.

Poloncarz was so annoyed that he brought two backup batteries, along with his Samsung Galaxy S5, to the convention Thursday. He also spent some money on a new battery charger.

“That’s probably the toughest thing to find in Center City right now, a portable battery charger for your phone,” he said. “At least an inexpensive one. Some were selling for more than $100. I don’t want to spend more for the charger than I spent for the phone.” 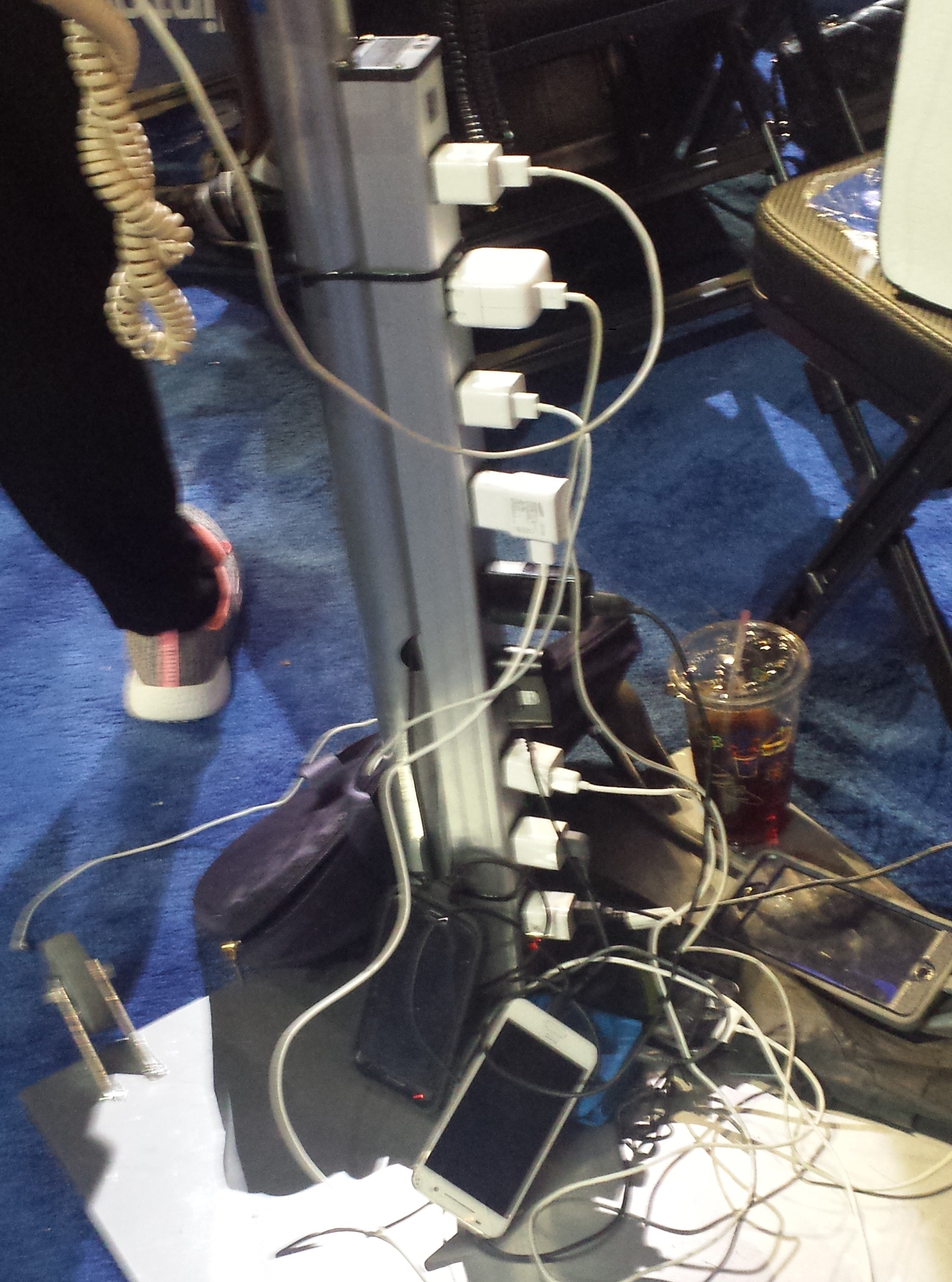 To ensure he had enough phone juice saved for Hillary Clinton’s big address Thursday night, he came up with a power-saving game plan.

Step one: Don’t use either battery backups until later Clinton starts speaking.

Step two: Turn off the phone for short periods during the day.

Step three: Charge the phone at other states’ power strips.

Poloncarz confessed to stealing power earlier Thursday from both Utah and Rhode Island. And he’s not the only one doing it. Other convention-goers said they’ve met a lot of interesting people outside their own state that way.

“I was just standing by the stanchion and hollering at my phone,” he said. “They must have thought I was in charge.”