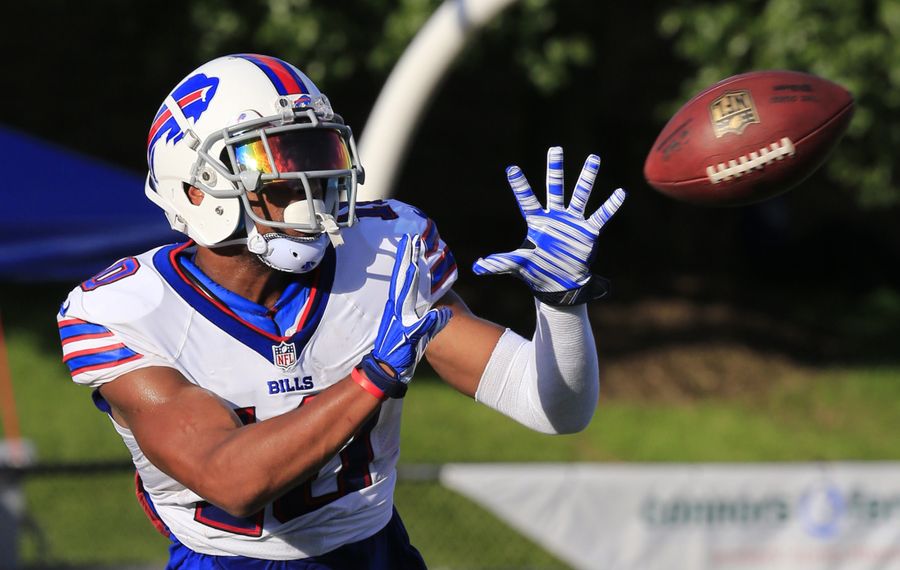 The Bills seem optimistic about the stable of marginal wide receivers who will battle for roster spots in training camp. The unspoken hope, I suspect, is that one of them will be better than Robert Woods.

Woods is the nominal No. 2 guy, but by modern standards, he’s “just a guy.” He doesn’t command double-teams or break big plays. He had 47 catches for 552 yards last season and just two catches over 22 yards.

Rex Ryan likes wideouts who get separation. Woods is a possession receiver and good blocker. He’s like Stevie Johnson, a No. 1 when the Bills had no one better. Woods is No. 2 for the same reason.

Tyrod Taylor, playing for a new contract, likes to throw the ball deep. He and Woods didn’t have much chemistry last year. Woods had his biggest game in London, when EJ Manuel hit him nine times for 84 yards and a TD. It was his only game with more than five catches.