The moment Hillary Rodham Clinton's been waiting for at least eight years -- and, some say, a lot longer than that -- arrives tonight at fourth and final night of the Democratic National Convention in Philadelphia.

Clinton, a former First Lady, U.S. Senator and Secretary of State, will take the stage to accept the nomination for President of the United States.

She'll be the first woman to do so from a major political party in the nation's history.

And, according to the round of Wednesday night's speakers, she's well-qualified. And ready.

Each put on their strongest proof for why they believe Hillary should be elected as the nation's 45th American president, and why they think her Republican opponent is not only less qualified than she is for the office but an inherent danger to the country and the world.

Here's a reprise of each of those addresses from last night, and a look ahead to tonight's lineup:

Vice President Joe Biden entered the stage to the music of Rocky:

Michael Bloomberg said he was offering up "an unconventional convention speech":

President Barack Obama on Trump: "We don’t look to be ruled"...

Tonight's line-up includes a penultimate speech by once-upon-a-time, and may be again, first daughter, Chelsea Clinton.

Chelsea was first introduced to the nation as a 12-year-old child when her father, Bill Clinton was elected President in 1992.

Now 36, she's married to Marc Mezvinsky, a former manager of a New York City hedge-fund that the New York Times reported was being shut down this spring after falling on hard times.

The couple has a 22-month-old daughter, Charlotte, and a newborn son, Aidan, who was born June 18. 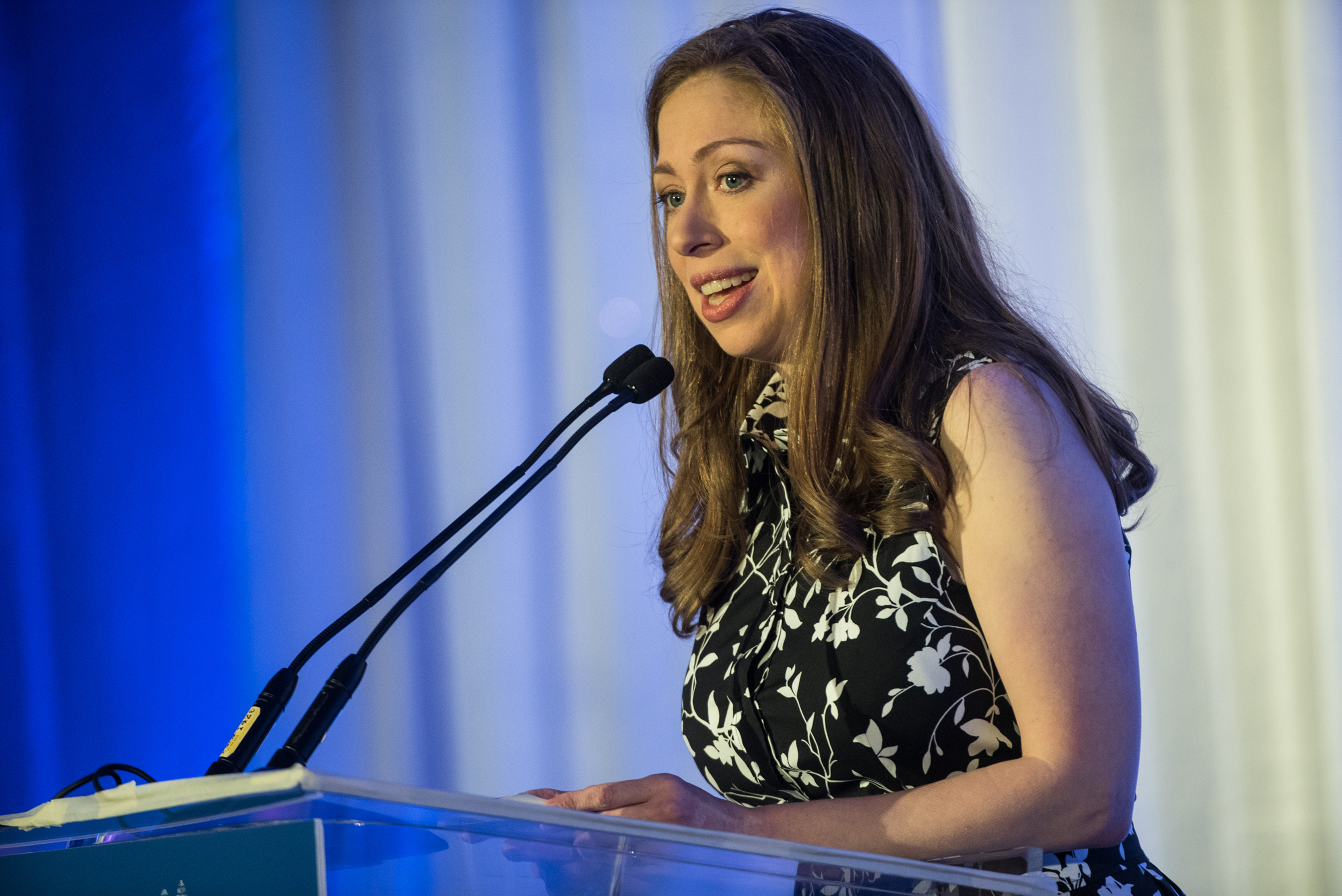