Considering that French cuisine is almost second nature to American palates, it has long baffled me that Buffalo doesn’t have more casual French restaurants. With French onion soup, omelets, cheese boards and mussels already on half the menus in town, the naturalization of bistro classics has made them as American as French fries.

Raclettes, the casual bistro that opened earlier this year on Main Street across from the Hyatt, takes the opposite tack. Its Frenchness is on display from the server’s greeting to lemon-sugar crepes for dessert. Its menu, spanning breakfast, lunch and dinner, is replete with French dishes, including raclette, the melted-cheese do-it-yourself kit that gives the restaurant its name.

Nothing softens my heart like gooey cheese, but other dishes left me wondering what got lost in translation.

Every city deserves a café where citizens may while away the afternoon on the patio, taking turns pouring from bottle of wine and watching traffic crawl down Main Street. Now Buffalo has that in Raclettes, which offers a Cote du Rhone at $18. 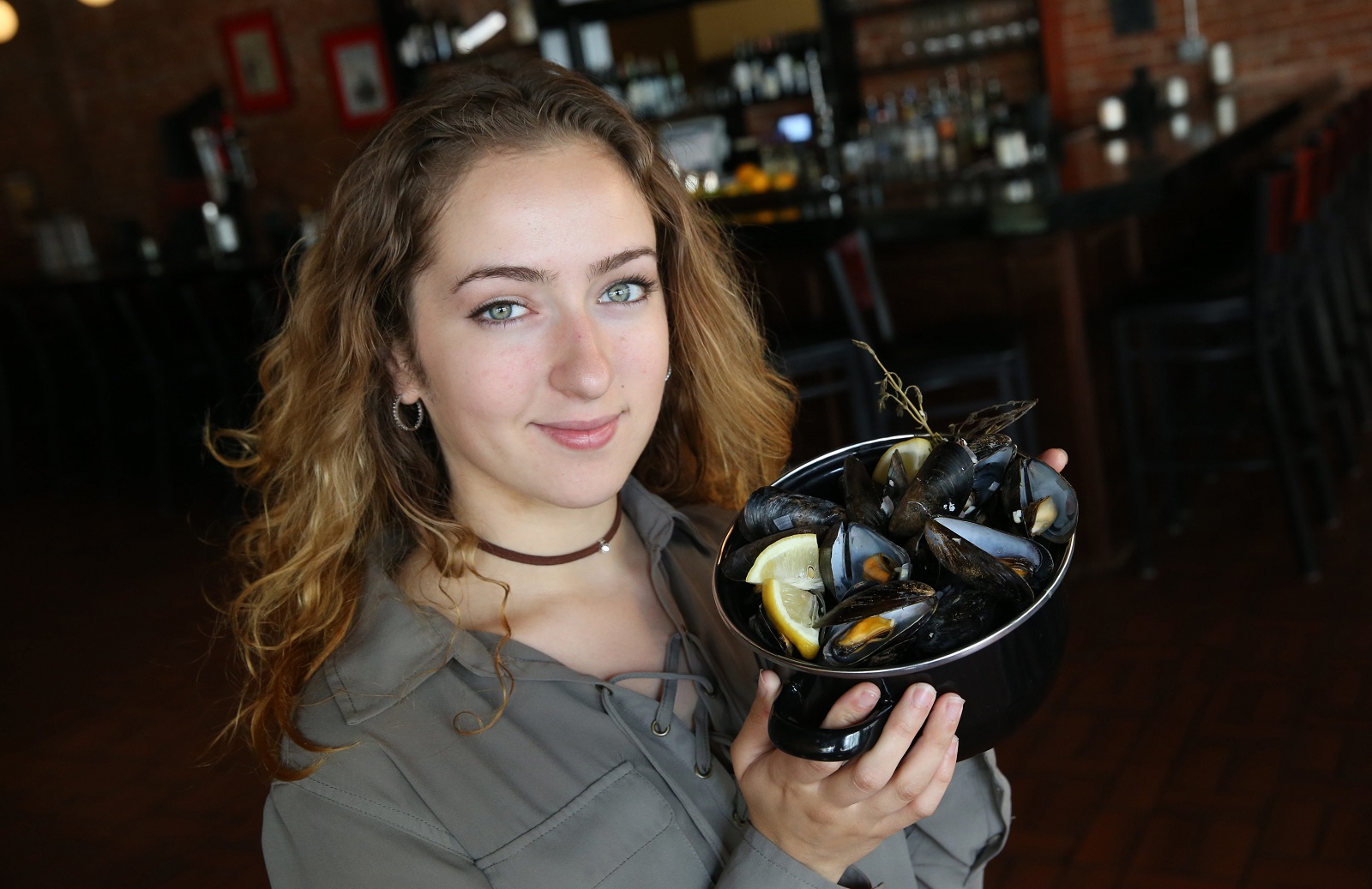 Inside, a roomy wedge-shaped space has a bar on one side and a display case for meats and cheeses on the other. There’s a long, bar-height table that seats 10 in addition to conventional tables. High ceilings keep conversations unstrained.

The menu offers tartines, or topped toast, including smoked salmon with dill and avocado cream cheese, and “croq monsieur” of toasted ham and gruyere (both $8). Soups are French onion ($7) and vichyssoise ($6). Salads ($5-$18) go from house up to the Nicoise, with tuna, hard-boiled egg, potatoes, haricot vert, and tuna. 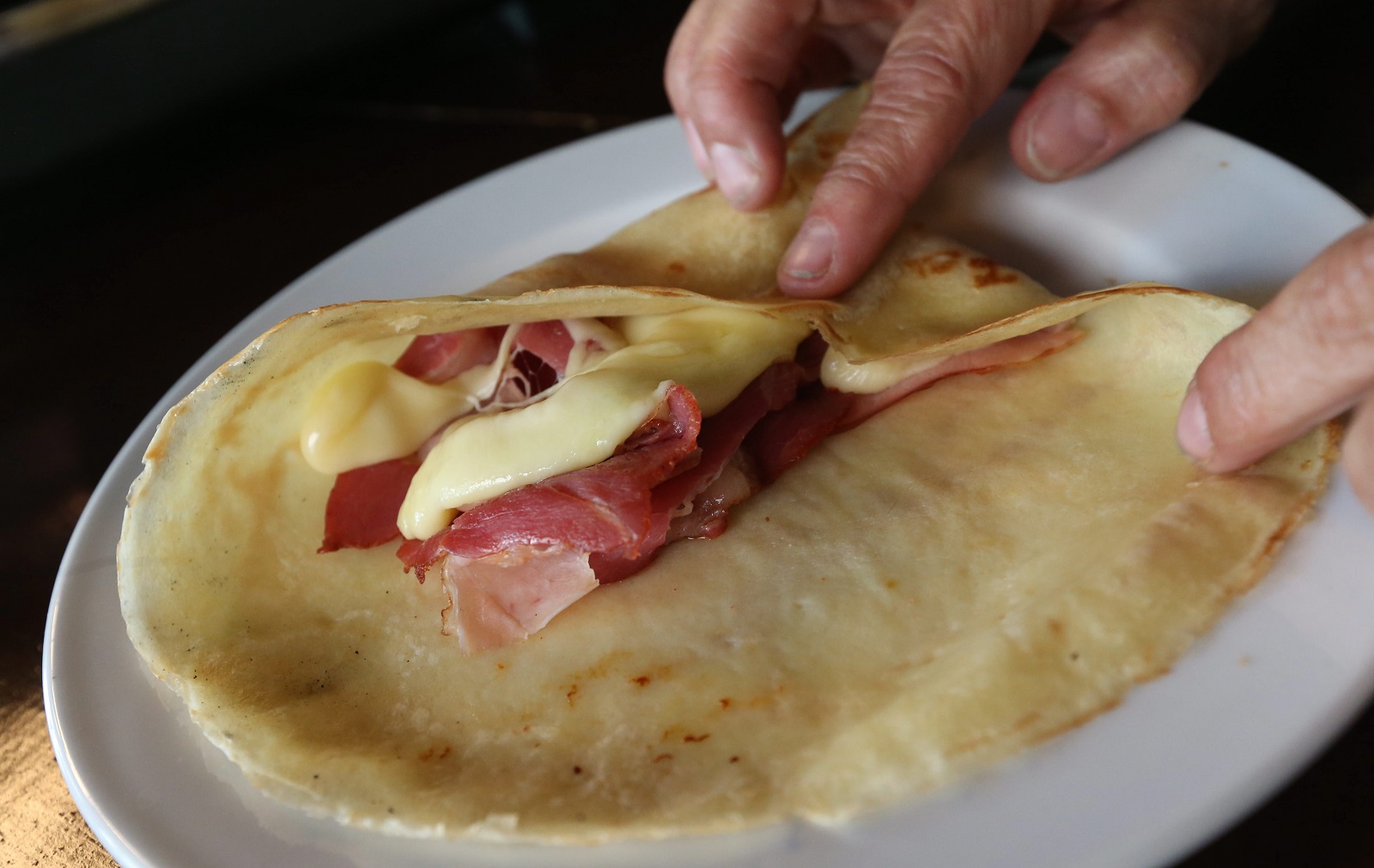 Their raclettes come with a grill for the table and various fixing to heat. These are items for the French raclette with smoked ham and chicken breast, French raclette and Port-Salut cheeses. They are accompanied by crepes, potatoes and salade maison. (Sharon Cantillon/Buffalo News)

Then there’s raclette, offered as an array of cheeses and meats with savory crepes, priced by the set ($18-$25) or a la carte ($3-$5). Order it, and a server lugs a tabletop broiler over, and gets underneath the table to plug it in.

The top is a griddle for searing ingredients, warming crepes and finishing filled crepes. The central bay has slots that take square cheese vats that you load with fromage. Suspense builds as you let it melt, bubble and – if you have the patience of a saint – even brown under the electric element.

While the cheese toasts, one may warm a crepe and other fillings on top, perhaps smashing some of the accompanying baby potatoes up there as well, to let their skins crisp. 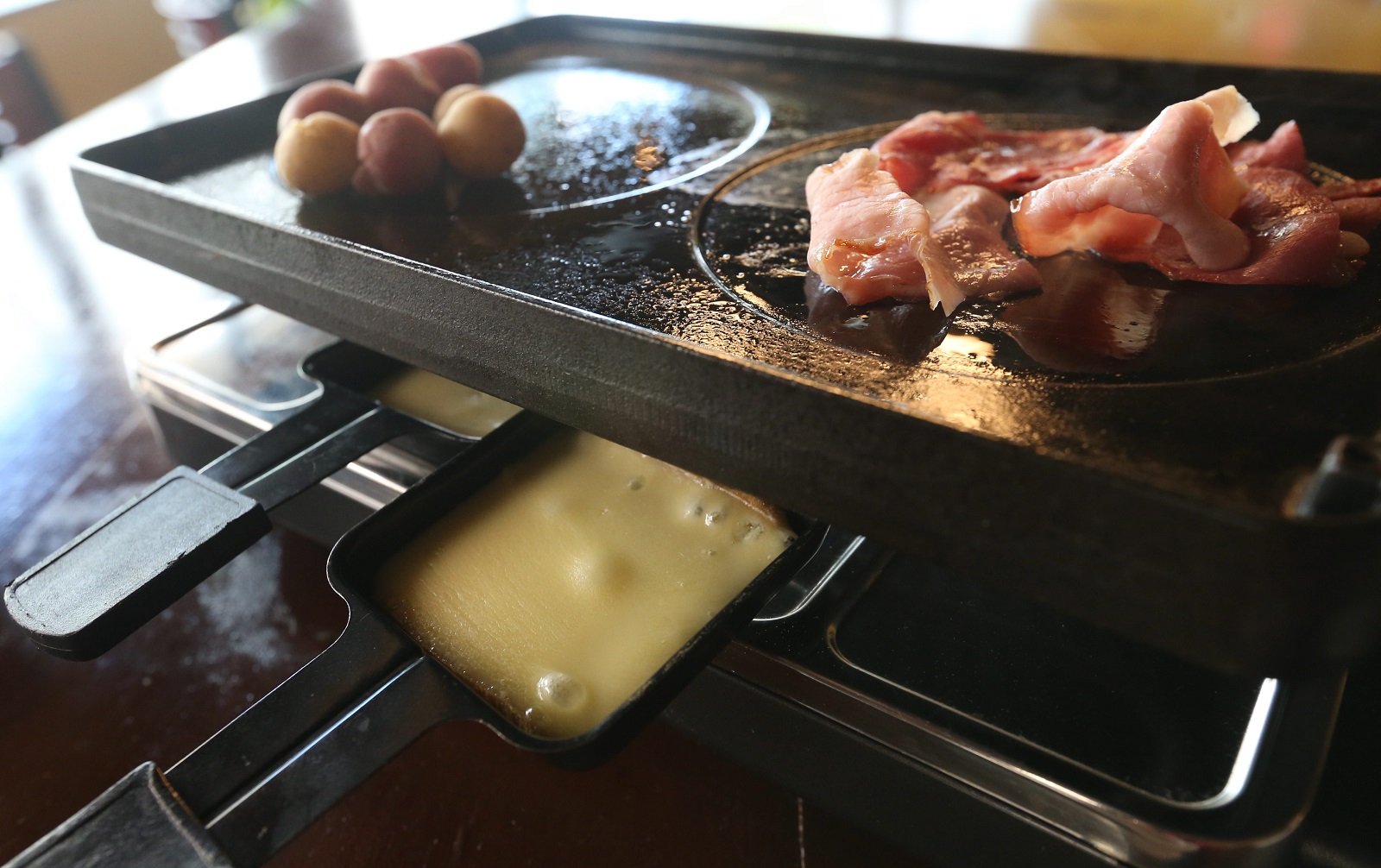 Scrape cheese into the crepe, wrap it up and griddle the entire package to a preferred stage of doneness. Whether bronzing a filled crepe, or crisping up baby potatoes, this is time well spent.

It’s tasty and engaging, but I like to play with my food. (At Korean barbecue restaurants, I will relieve the server of tongs and grill my own marinated beef.) Raclette seemed like work to others at my table, but I see how it can be rewarding, especially if it reminds you of Paris.

Other dishes that pleased were the croque monsieur, enjoyable in the way that cheese and ham toast usually is. French onion soup was a solid version, hearty broth with a hint of wine, plenty of sweet onions and a stout, bubbled-brown cheese cap. 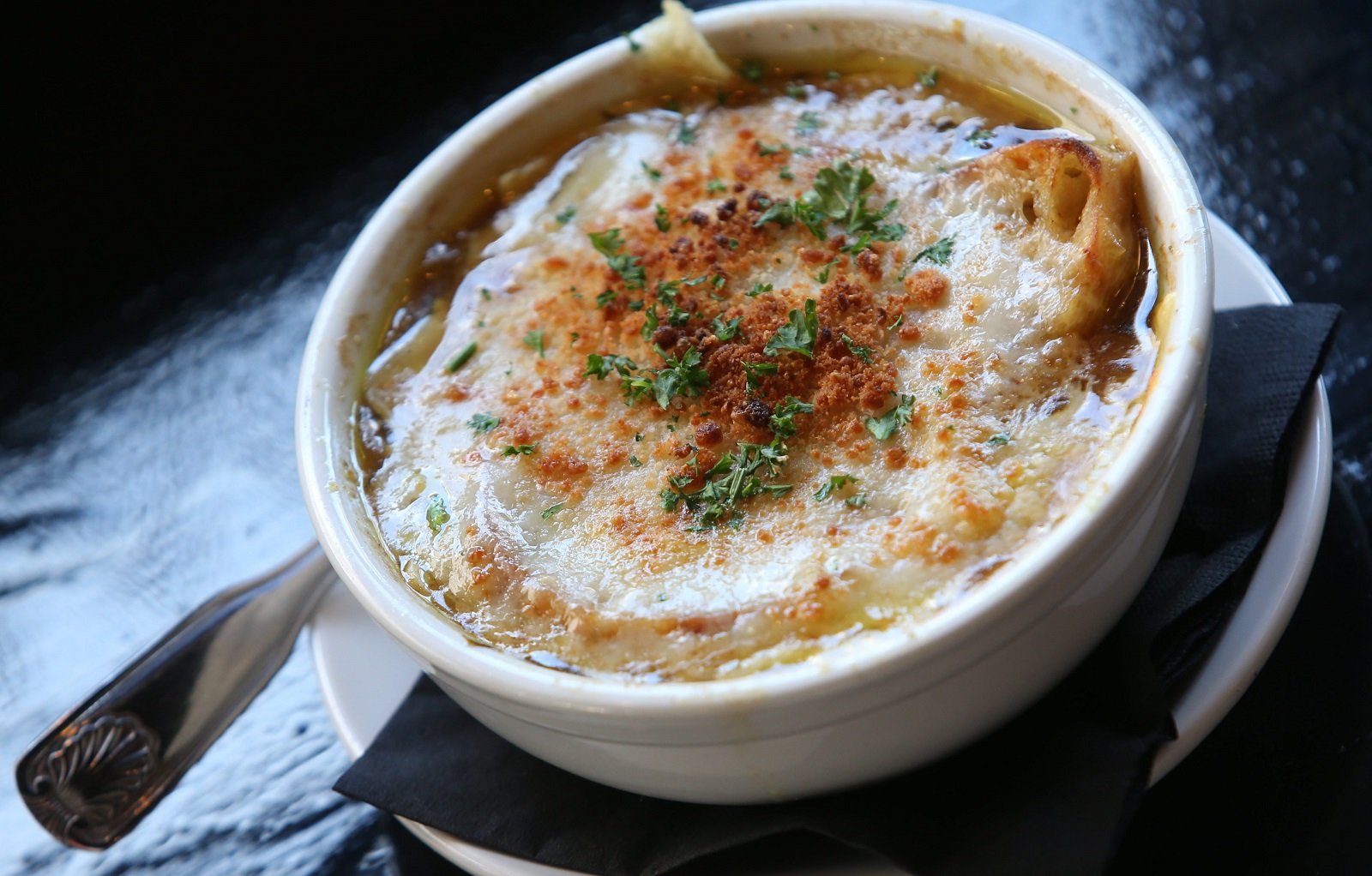 The Nicoise salad featured good ingredients, potatoes, radishes, blanched green beans, tomatoes, hard-boiled eggs, a few anchovies and canned tuna. The greens underneath were dressed in a judicious amount of Dijon vinaigrette, but I missed the Nicoise olives. It seemed pricey at $18, though.

Vichyssoise, cold potato-leek soup, was puzzlingly, aggressively sour, as if it had been made with sour cream. No one else wanted a second spoonful. Entrees were plentiful plates of hearty grub, but lacked finesse.

The ratatouille, pale in flavor and color, arrived on crunchy risotto. Beef Bourguignon had plenty of tender meat, but the piney flavor of rosemary dominated. Coq au vin’s bone-in chicken thigh and drumstick were flavorful but lacked the velvety texture and thickened broth of a long-cooked dish. (Webster’s Bistro and Coco, respectively, offered better versions of those classics.) 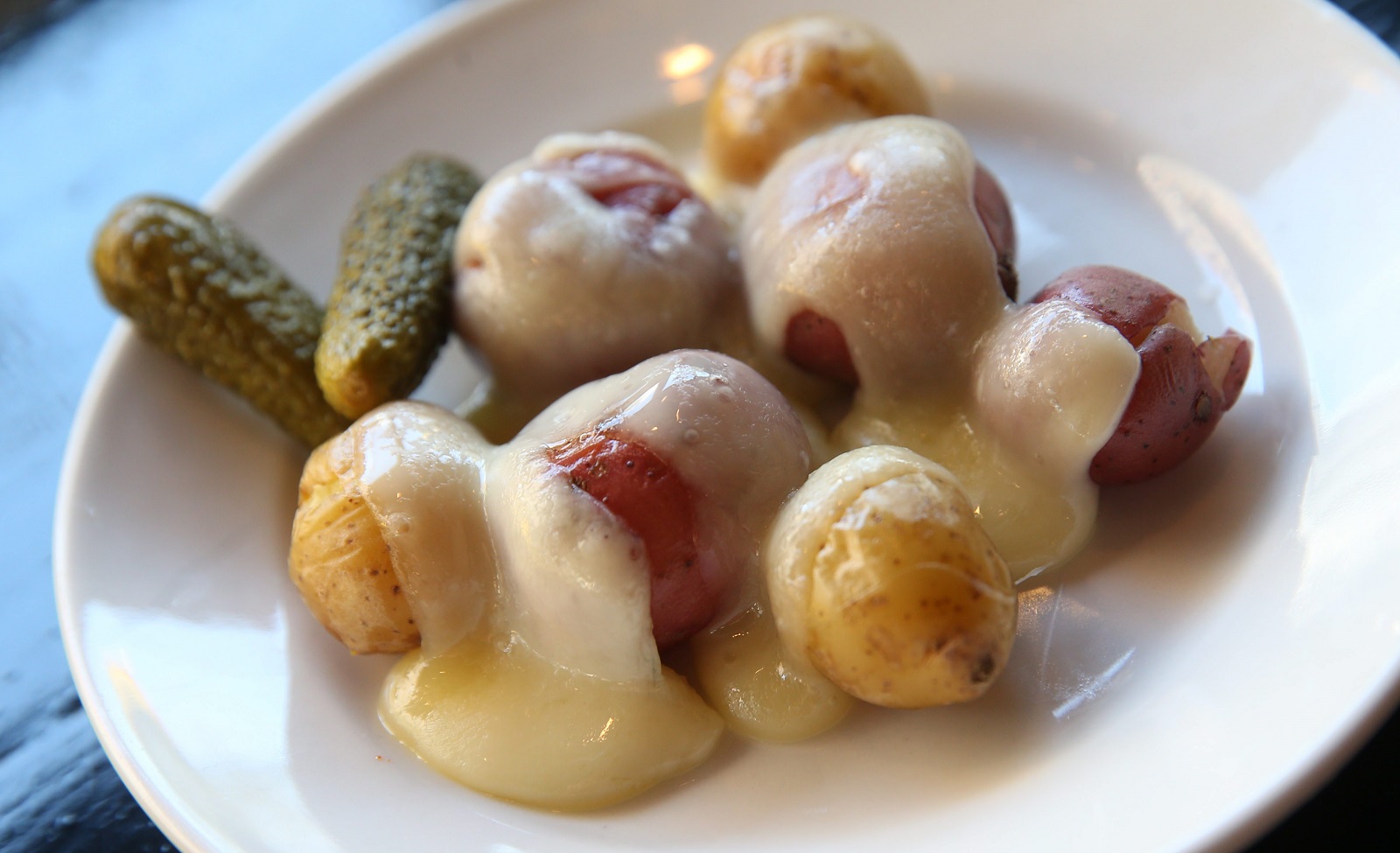 The potatoes traditionally are served with pickles on the side. (Sharon Cantillon/Buffalo News)

Still, there was broth, and gravy, and I was hungry. We asked our server for mop-up bread, but he was too busy.

We fetched our own wine list, then waved him down to order two bottles, reminding him of our bread request.

The opened bottles rested in full view for 10 minutes, despite a manager walking by twice. It should not be so hard to get bread and wine in a French restaurant. 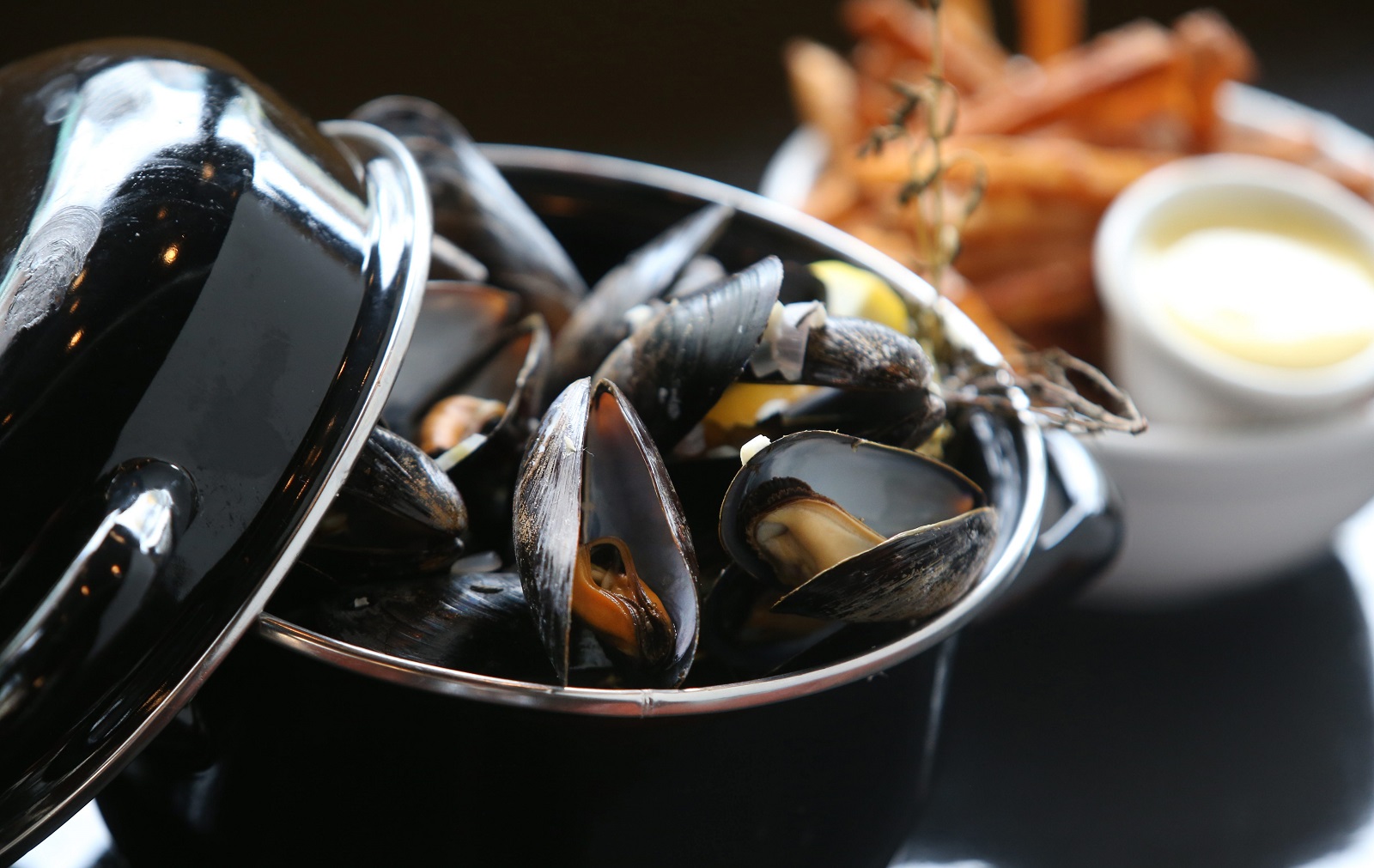 Raclettes' PEI mussels are served with french fries on the side. (Sharon Cantillon/Buffalo News)

Crepes ($4-$6), with Nutella, fruit or lemon sugar, ended the meal on a sweet note, but that was the sugar talking. The crepes were cool and chewy, leaving me wondering how long ago they were cooked, so we ate berries, Nutella and whipped cream first, pancakes second.

My dinner at Raclettes left me hoping this restaurant, still in its infancy, has a few more steps to take.

Go for the space, the patio, the wine and the melted cheese. Just don’t be shocked if its French icons leave you saying “We’ll always have Paris.” 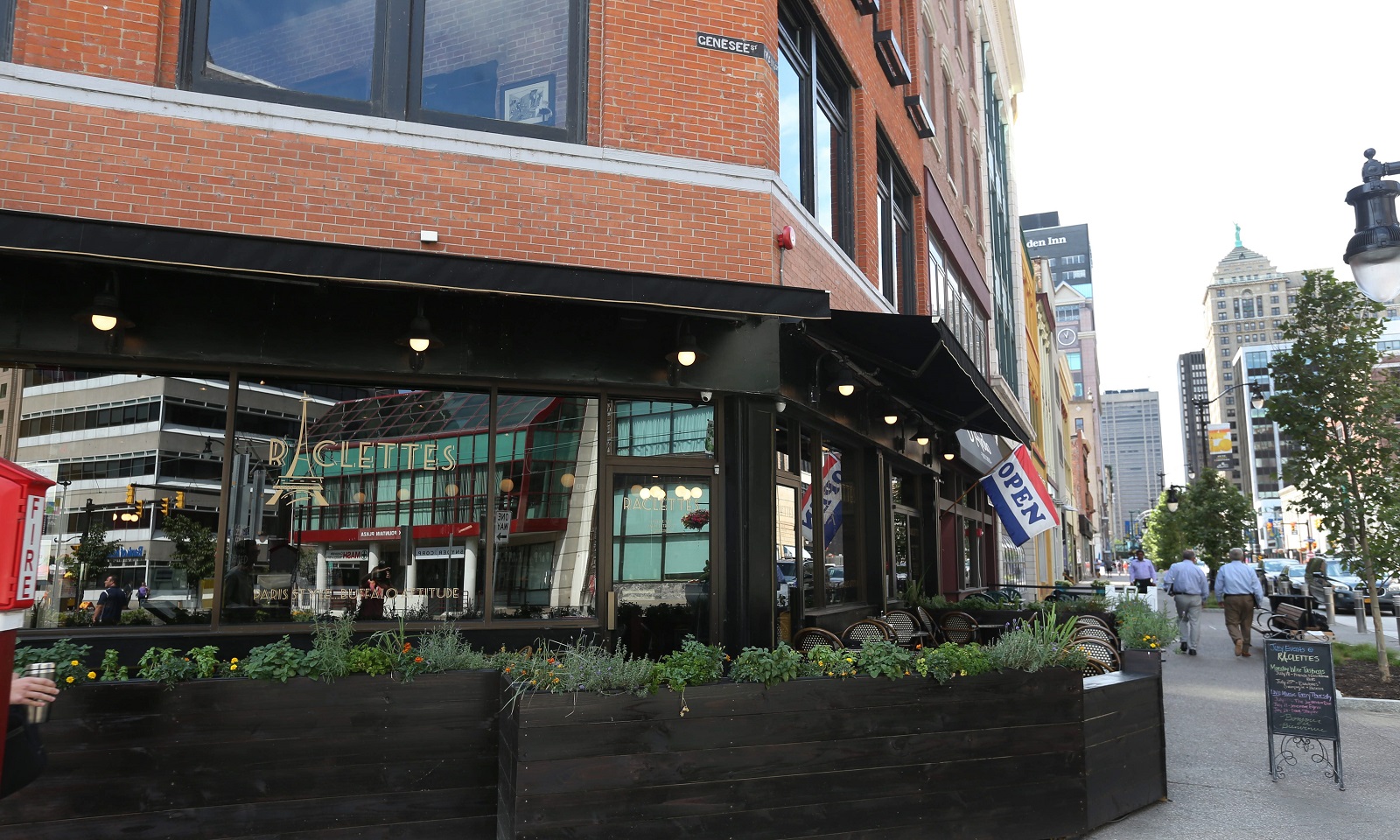