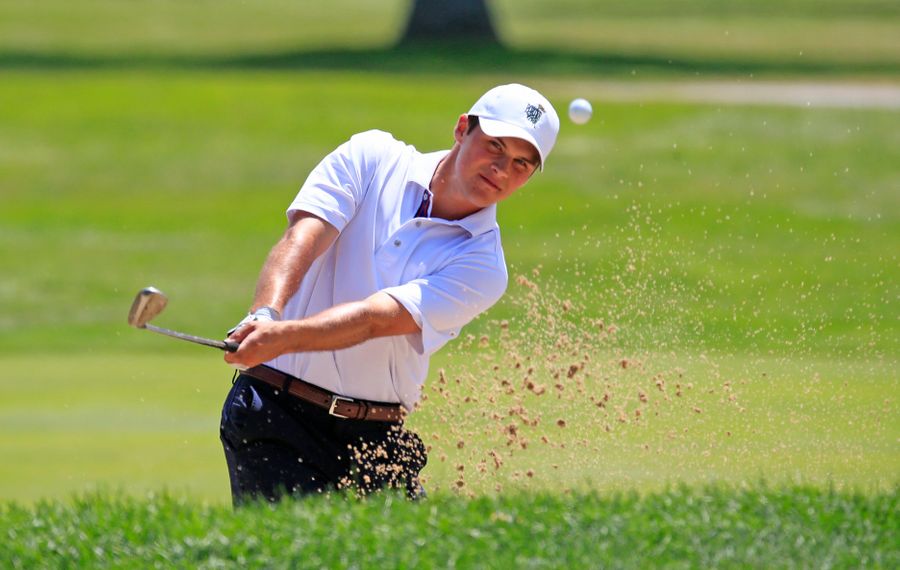 Pittsford's Gavin Hall comes into his fifth Porter Cup on a trajectory reminiscent of a competitor in another major local tournament, a player who now owns two PGA Tour titles.

Here's the opening to my story from the 2001 International Junior Masters:

Matt Every of Daytona Beach, Fla., seemed destined to win the International Junior Masters from the time he set foot on East Aurora Country Club in 1998. He took an immediate liking to the course. He medaled his first time here, as a 13-year-old.

And he's continued to elevate his game, rising to 30th in the American Junior Golf Association national rankings.

All Every had to conquer was his reputation as an unaccomplished match player, which has made him the object of some good-natured kidding among his friends.
"All my buddies are like, 'Matt's a good player but he can't play match play,' " Every said. "I guess I overcame that his week."
Every maintained a stoic demeanor right until the end of his championship match with Santiago Caicedo of Colombia on Friday afternoon.  But after he dropped a 3-foot birdie putt on No. 16 to win, 3 and 2, the meaning of this victory was immediately evident. He tossed his golf hat to the ground, dropped his putter, raised his hands and looked to the sky.
He had been among the favorites to win here for the last four years. Finally, he was the lone survivor.
"It's such a relief," Every said, "Especially since I can't come back."

Matt Every won the 2001 International Junior Masters and went on to capture the 2014 and 2015 Arnold Palmer Invitational on the PGA Tour. (Getty Images)

Hall has appeared a Porter Cup champion-in-waiting since 2000, when at 15 years old he finished  tied for second, three strokes behind. Set back by a wrist injury, he returned in 2013 and tied for eighth, 10 strokes in arrears. In 2014 he tied for eighth again, five back. Last year he was solo third, finishing two behind. Over 16 Porter Cup rounds his a cumulative 28-under par with only two over-par rounds on the par-70 layout. He tees off at 11 a.m. Wednesday.
Every won the IJM in his last year of eligibility. Hall will remain eligible for the Porter Cup so long as he remains an amateur. While there's little doubt he'll turn pro, it's possible he'll still be an amateur at this time next summer to remain in the picture for the U.S. Walker Cup team. If that's the case no doubt he'd prefer to return as the defending champion.
email: bdicesare@buffnews.com