PHILADELPHIA – Hillary Clinton, the Democratic nominee for president struggling to prove her "trustworthiness" to skeptical voters, assumes the podium at the Democratic National Convention Thursday night for the most important speech of her life.

Observers from every corner of politics agree virtually all of America will be watching the nationally televised speech, as the most famous woman in America attempts to reintroduce herself on an entirely new level – as a presidential candidate capable of leading the world’s most important country.

The task ahead proves to be nothing new for Clinton, the former first lady, New York senator and secretary of state.

"Hillary used to say during all the years I worked for her that this is true: ‘I’m the most unknown, known person in American politics,’ " said Peter Kauffmann, a political strategist connected with a Clinton super-PAC who served as press secretary during her 2000 Senate campaign and later in her Senate office.

Democrats attending their national convention here say the nominee must emphasize her claims of experience in world affairs along with a steady hand to guide. After the Tuesday night "humanizing" effort of her husband – former President Bill Clinton – her New York allies say the nominee must summon all her skills to contrast herself with Donald J. Trump, the unpredictable Republican candidate.

"She is the most prepared candidate in some time," observed Erie County Executive Mark C. Poloncarz, who is attending the convention and expects Clinton to put an emphasis on her resume. "She needs to talk to people on a one-on-one basis, and that doesn’t happen because she gets so filtered.

"But this is her opportunity to talk to every American and say ‘this is who I am, this is what I’ve done, and this is what I will do for you," he added.

While Trump offered a "speech of anger," Poloncarz predicted Clinton will make a "speech about looking forward." 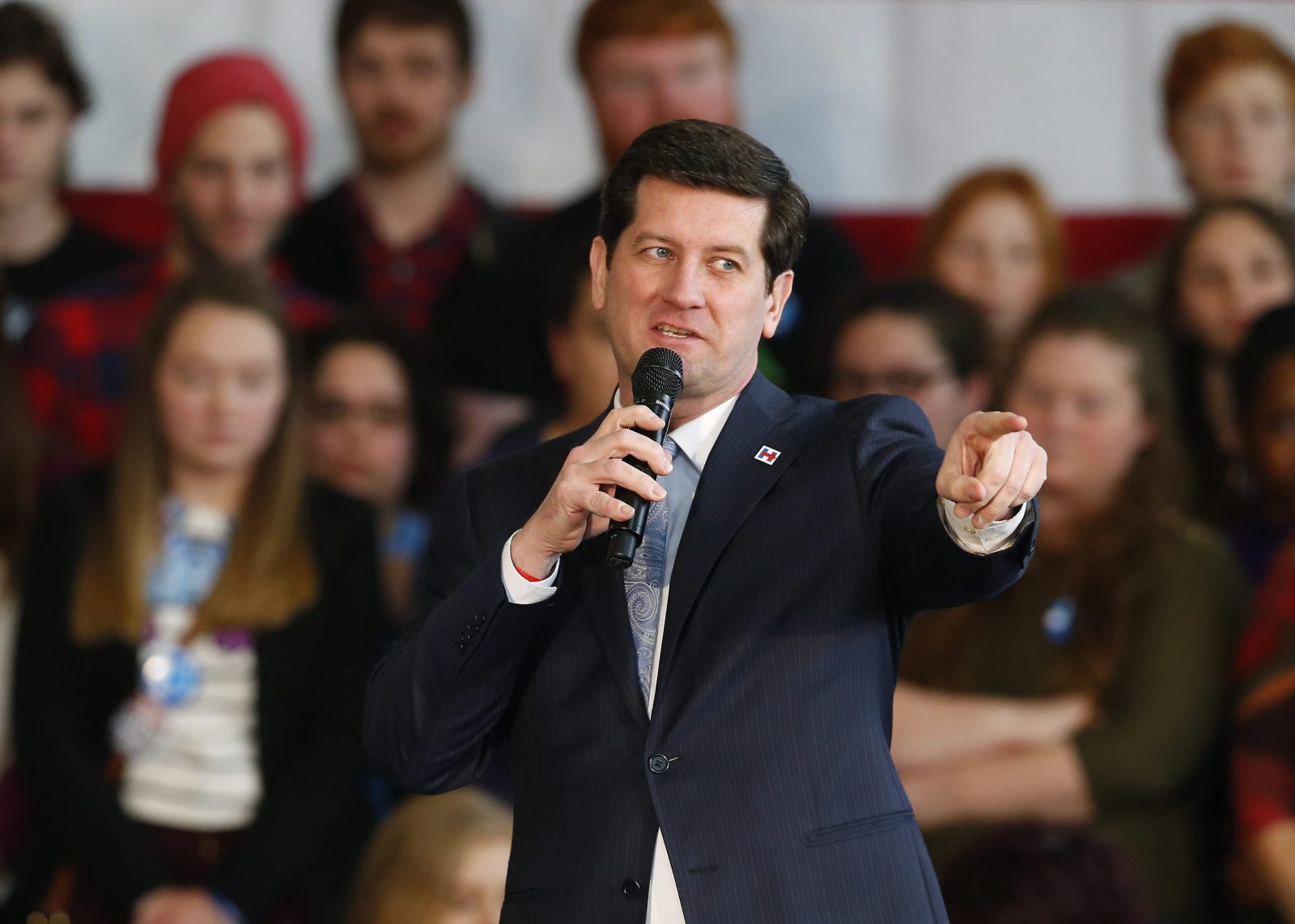 "She needs to speak as if she is meeting an old neighbor she hasn’t seen in 15 years," he added. "They’ll realize this is the same person they always knew."

But the latest Quinnipiac University polls shows that while more than a third of those surveyed count honesty and trustworthiness as the most important trait to consider in a presidential candidate, almost six in 10 say Clinton lacks on that score.

Her supporters acknowledge she must either directly or indirectly confront the perception. But they also say Clinton will offer a more optimistic view of America in 2016 than the litany of problems outlined by Trump at last week’s Republican National Convention in Cleveland.

East Aurora political consultant Joe Slade White, who has worked on many Washington campaigns, said if an intangible like "trust" is an issue, the word should never be used. Ditto for "honesty."

"You don’t have a candidate say: ‘I’m so honest, you can’t believe how honest I am. I am really, really honest,’" he said. "People would immediately assume that candidate wasn’t honest at all."

White also said Clinton should not "over emote or shout."

[Related: Who cares most about Hillary breaking 'the glass ceiling'? (Not China or Russia)]

"Everyone on their top staff, and the candidate herself should be locked in a room for four hours and be forced to watch Michelle Obama’s speech and delivery over and over and over again," he said. " ‘The ‘house built by slaves’ will live forever – but the entire speech was the mightiest I’ve seen in a long career."

Kauffmann, meanwhile, said he would advise Clinton to draw sharp contrasts between the Democratic convention and the GOP affair staged last week in Cleveland.

"I would not agree with a lot of Ronald Reagan’s policies, but as a communicator, he was the best," he said. "He ran for president criticizing things, but still had a sunny view. That was missing last week in Cleveland."

Former New York Comptroller H. Carl McCall noted that important speeches by Michelle Obama and Bill Clinton have laid good groundwork for the nominee’s Thursday speech. The first lady appealed to young people, women and girls, and families, he said, while the former president "set the stage in terms of her personality, hard work and the depth of her commitment."

"Her task now is to simply add to all that. Tell us why you want to continue public service," he said, "and why she got into politics and why she came to New York to run for the Senate."

But none of this resonates with former New York Mayor Rudy Giuliani, who has gone out of his way in Philadelphia this week to question everything about Clinton, from her deleted emails to the Iran nuclear deal to supporting withdrawal of U.S. forces from Iraq while secretary of state.

He and other Republicans met with reporters at 2300 Arena in South Philadelphia Wednesday to continue emphasizing Trump themes like Clinton’s untrustworthiness. 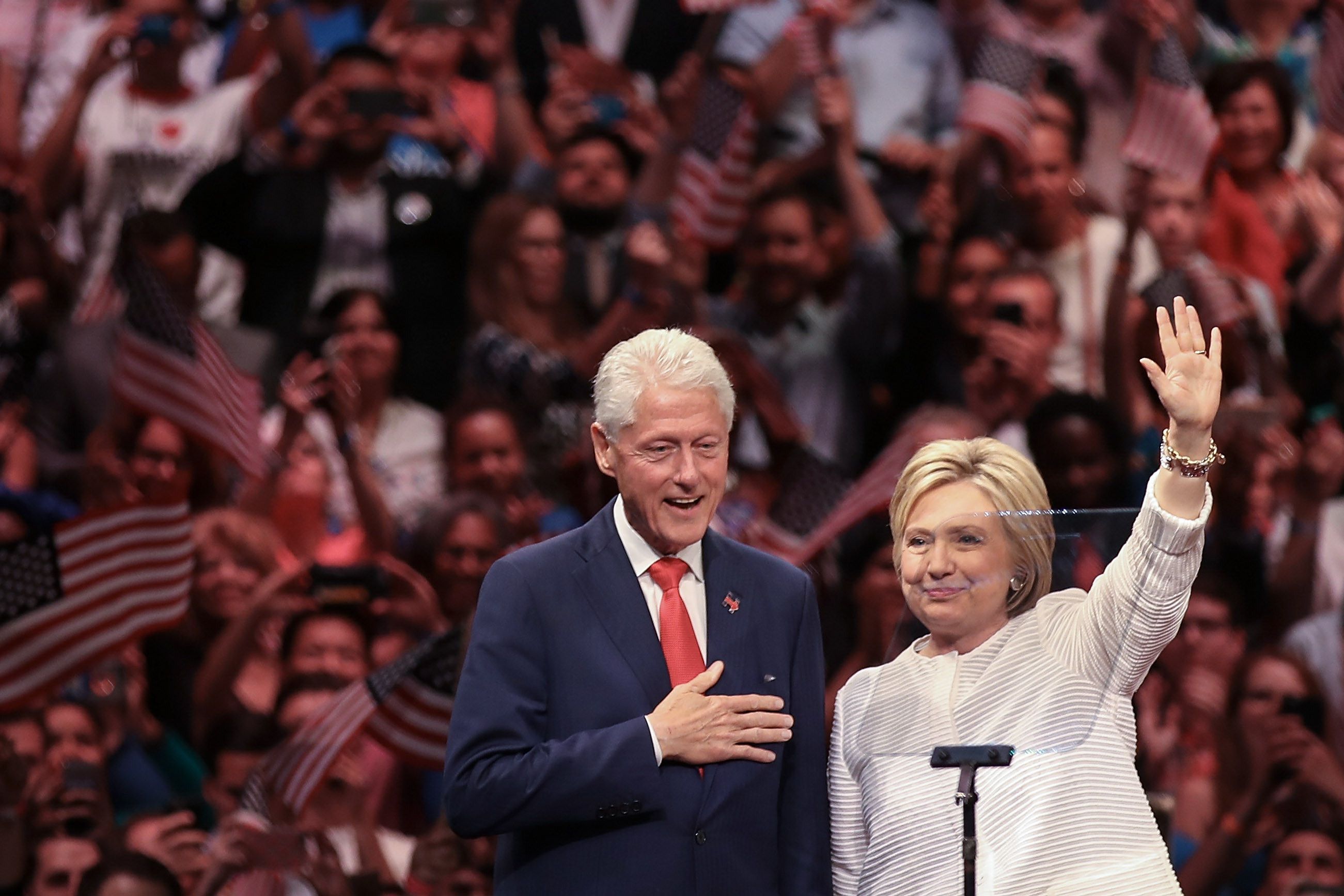 He also said whatever the nominee says on Thursday should be viewed in context.

"Who knows what she’s going to say because she’s a phony," he said. "She’ll say whatever they poll tested her to say."

The former mayor said while Bill Clinton recited a "beautiful love story" on Tuesday, he left out his wife’s foreign policy failures.

"She reset the relationship with Russia and Putin’s been pushing us around," he said. "Thank you very much, Hillary.

"She advocated for the overthrow of (dictator Moammar) Gadhafi, and now we’ve got Libya in chaos," he added. "Thank you very much, Hillary. Everything she touched as secretary of state got worse."

[Related: Grieving aside, Buffalo's Sanders delegates look to the future]

Those closer to Clinton say she should not worry. Leecia Eve, a Buffalo native who worked for Clinton for seven years and once served as her Senate counsel, said the candidate’s qualifications speak for themselves. Now Clinton must insert them into the context of an election.

"I hope she will underscore how important this election is," Eve said. "With so many challenges at home and around the world, it’s critically important. And I feel blessed that America has someone running who is the most qualified in my lifetime."

Current state Comptroller Thomas P. DiNapoli said Clinton also should not forget the historic nature of her candidacy. Speakers before her, like President Obama and vice presidential candidate Tim Kaine, he said, also will set the stage for her unprecedented opportunity.

"Hillary is feeling the moment as the first woman and the trajectory that has brought her here," he said. "History has given her this."