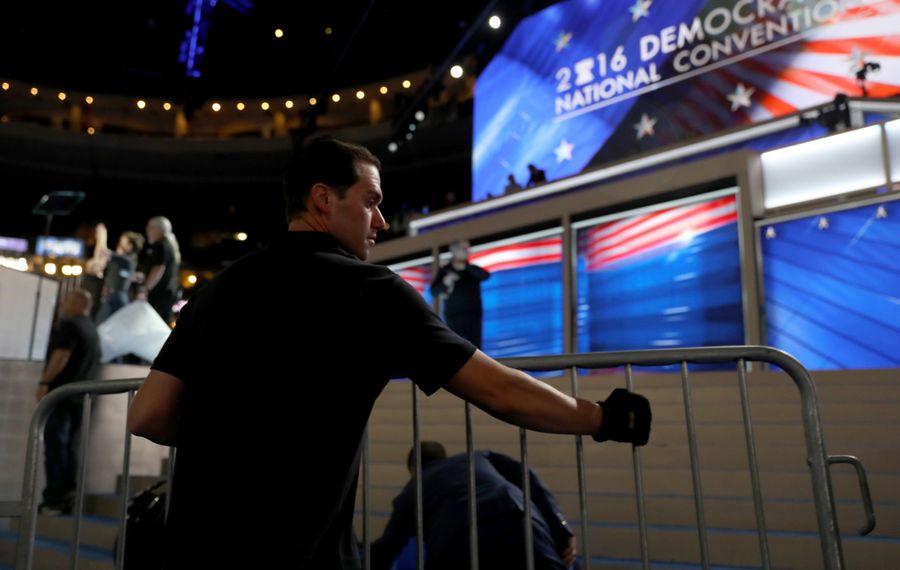 Erie County Executive Mark Poloncarz thought he might have an opportunity to put his hockey checking skills to use on the first night of the convention.

Apparently, convention organizers were a bit worried that some of the pro-Bernie Sanders supporters at the convention might storm the stage Monday. Poloncarz said he and others sitting in the front row of the convention floor were asked by Democratic Whip Committee members to be on the lookout for members of the Nebraska delegation, who seemed most likely to attempt such a stunt.

When Poloncarz was asked if he could help block delegates from reaching the stage, if such an attempt occurred, Poloncarz responded, “Yeah, I’m up to it. I’m a hockey player and hockey coach. I know how to take a hit.”

That wasn’t enough reassurance, however. Convention organizers wound up erecting a mini-barricade that circled the whole front of the stage, which featured steps down to the convention floor. It was covered in blue cloth to make it less obvious, Poloncarz said, but appears to have been removed for Tuesday’s events.