PHILADELPHIA – When Sen. Bernie Sanders addressed the New York delegation to the Democratic National Convention on Tuesday, the democratic socialist from Vermont noted that the Empire State had already embraced much of the progressive agenda he advocated with significant success during his presidential campaign.

“Make New York State one of the progressive leaders of this country and show that progressive politics can work,” he urged the gathered Democrats.

[Related: Sanders asks NY to continue fighting for his goals]

Later in the day Gov. Andrew M. Cuomo sounded some of the same themes appearing before the Democratic Party’s LGBT Caucus at the Pennsylvania Convention Center. Stuart Appelbaum, a New York City labor leader, lauded Cuomo as a “transformational leader for us” through the governor’s 2011 effort to legalize same sex marriage in New York.

And when asked by reporters immediately following his remarks to gay and lesbian leaders from around the country, Cuomo offered a frank assessment of New York’s politics.

“This state is the progressive bellwether for the nation,” he said, pointing to initiatives such as hikes in minimum wage, a family leave act and legalization of same sex marriage.

“When you get out of the state and away from that little echo chamber in Albany,” he said, “what you heard today is that the nation realizes exactly how progressive we are.” 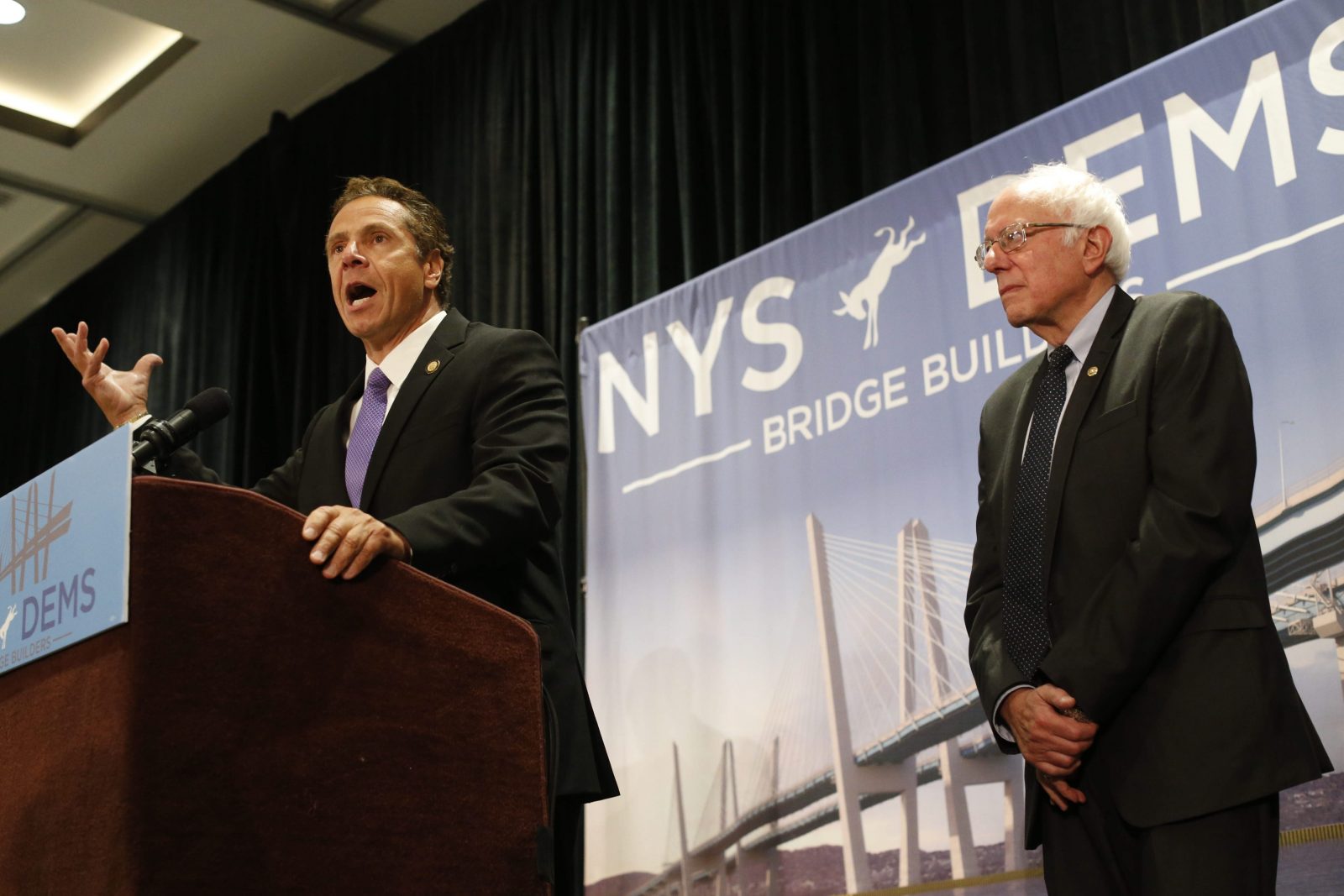 Cuomo often bypasses questions about politics. Sometimes it distracts from his intense efforts to deliver a particular message during his visits around the state.

But in Philadelphia this week, his focus is different. It’s all about politics at the Democratic National Convention and Tuesday, he seemed to revel in talking about it – especially Sanders’ recognition.

“It was nice that he came and he stood up and he acknowledged New York’s leadership on all those issues,” he said. “And not that New York talks about it. New York did it. And that’s the big difference.”

Last week in Cleveland, GOP convention attendees most certainly never heard such a view of New York politics. And if the topic came up, it was lambasting the direction in which the state is headed rather than reveling in progressivism.

“I don’t think the state is nearly as obsessed with a hyper-liberal, progressive agenda as the governor,” Erie County Republican Chairman Nicholas A. Langworthy said Tuesday from Buffalo.

Langworthy said the mass exodus of people and business from upstate New York over the past 50 years only underscores the difficulties spawned by such a way of governing.

He doesn’t criticize the governor for championing same-sex marriage, and he says some of his ideas can be effected in a more fiscally conservative manner. 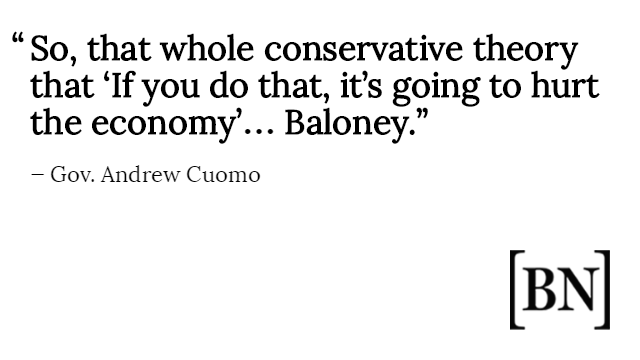 “Some issues have merit in a responsible way, but not at the expense of driving business and people away. There’s a reason so many New Yorkers live in Florida, or the Carolinas, or Georgia or Arizona.”

But Cuomo shoots back at that view, too. On Tuesday, he contended the state’s economy is “doing very, very well.”

He reiterated familiar accomplishments, saying that the state hosts more private-sector jobs than at any time in its history and the unemployment rate has been cut by about half in recent years.

“So, that whole conservative theory that ‘If you do that, it’s going to hurt the economy’…” he said. “Baloney. We have a big state to use as a model that you can have progressive policies and the state is going to do very, very well.”

Cuomo is not the only New York Democrat to revel in what used to be called “liberal” politics. Sen. Kristen E. Gillibrand told party members on Tuesday the state has accomplished much in recent years with all of the agenda items lauded by the governor.

“There can be no better time to be a Democrat in New York,” she said.

“I am a fiscal conservative and that’s why I have … the support of that party,” he said. “We continue to be fiscally conservative in the City of Buffalo, and that has been a major part of our strategy to help create the renaissance we’re seeing in Buffalo.”

But the political will of New York voters appears to be bending toward exactly what Sanders, Gillibrand and Cuomo are extolling in this convention city all week. Republicans have not elected a statewide official since George E. Pataki in 2002, and the Democrats seem to think their progressive agenda is working.

Cuomo says none of the things he is talking about today would have been imagined 10 years ago.

“It’s not the Democratic Party, it’s society,” he said. “And it’s better.”