And, all of New York State is invited.

"Buffalo Night" will be a celebratory after-convention get-together Wednesday for national delegates and others from around the state to mingle and network over drinks and hors d'oeuvres, said Buffalo Mayor Byron W. Brown, the new state Democratic chairman.

"Just to get a little more acquainted," Brown said. 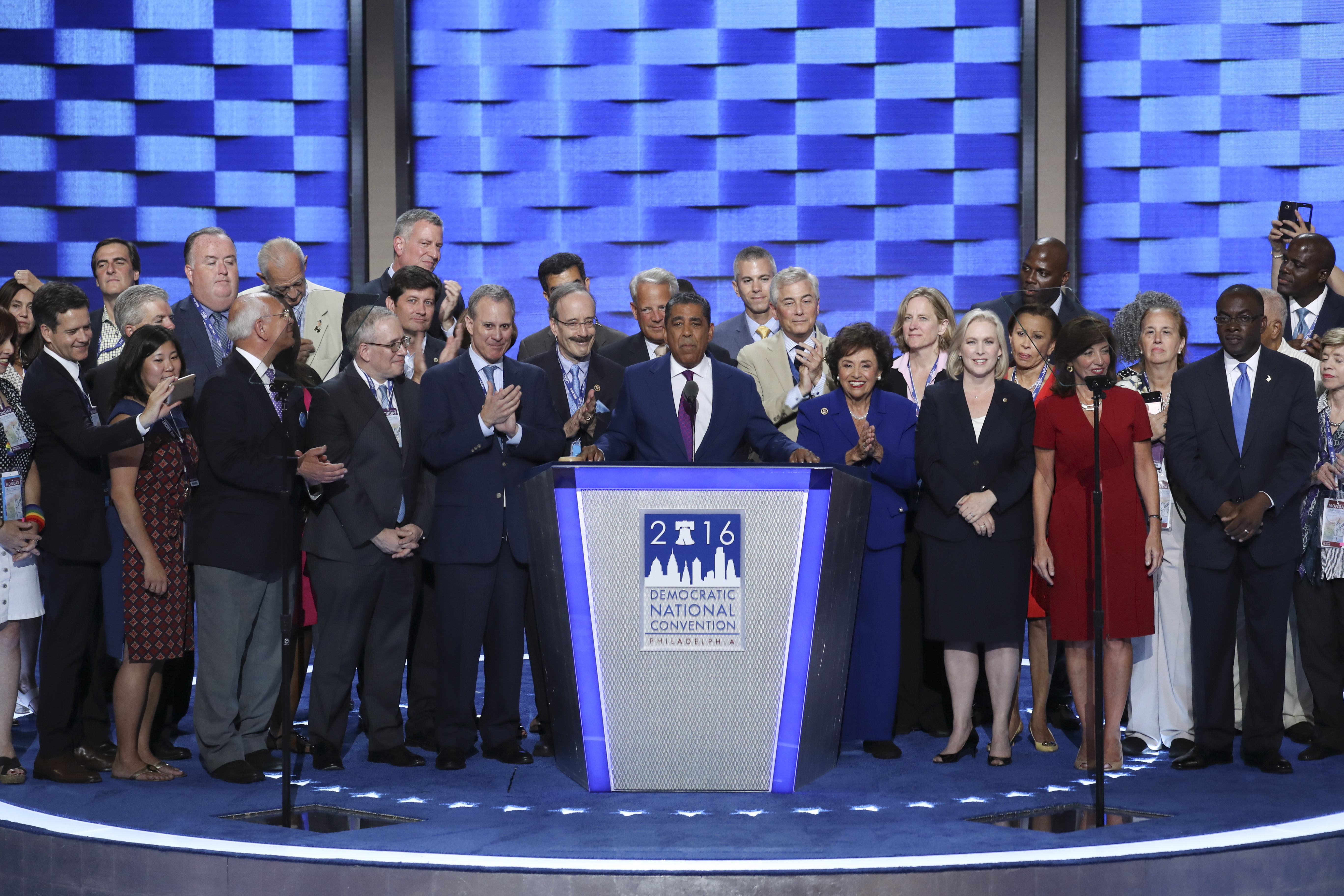 Brown said the social event is for networking with other parts of the state just helps to raise awareness, about what's happening in Buffalo "in a positive way and offering people a fun thing to do."

"Here, it is all about networking," Brown said. "It is a good opportunity to just promote Buffalo and Western New York."

With Vice-President Joe Biden and President Barack Obama scheduled to close out the speakers Wednesday night in endorsement of party nominee Hillary Clinton, they'll be plenty of buzz and excitement in the air.

Brown was unsure whether the Clintons would be making an appearance at the event, but called Hillary Clinton a big booster for Buffalo, especially in the early development of the Buffalo Niagara Medical Campus and the waterfront.

Hillary Clinton poses for a photo with a supporter during a campaign stop at Golden Cup Coffee Co. in Buffalo in April. (Derek Gee/Buffalo News)

"She is someone who knows Buffalo well and she's visited Buffalo over the years,"  Brown said. "Our community really knows her well. They have a personal connection to her."

Brown added: "For a community to have a personal connection to her as a First Lady, a two-term senator, Secretary of State, and soon-to-be President of the United States, that certainly will mean a great deal to Buffalo."