It's the presidential election equivalent of the Subway Series.

Or, better yet, the Rangers versus the Islanders -- in the stands.

So, in this year's heavy-hitter match-up between Republican Donald J. Trump of Manhattan and Democrat Hillary Rodham Clinton of Westchester County, it's no surprise the animus is ripe.

Roosevelt -- who ascended to the presidency from the governor's mansion in Albany in 1932 -- went on to author the New Deal and serve as America's wartime president before winning an unprecedented fourth-term in the White House with a decisive 432-to-99 victory in electoral votes over Dewey.

Dewey had jumped on-board the movement to limit the presidency to two terms during the 1944 campaign and, like the 2016 Republican nominee, Dewey had a fiery campaign message.

He called a four-term presidency by FDR "the most dangerous threat to our freedom ever proposed," according to a historical narratives on Wikipedia.

The Republican also had a go-to nickname for his opponent during the campaign. History Central accounts state Dewey repeatedly referred to FDR as "a tired old man." 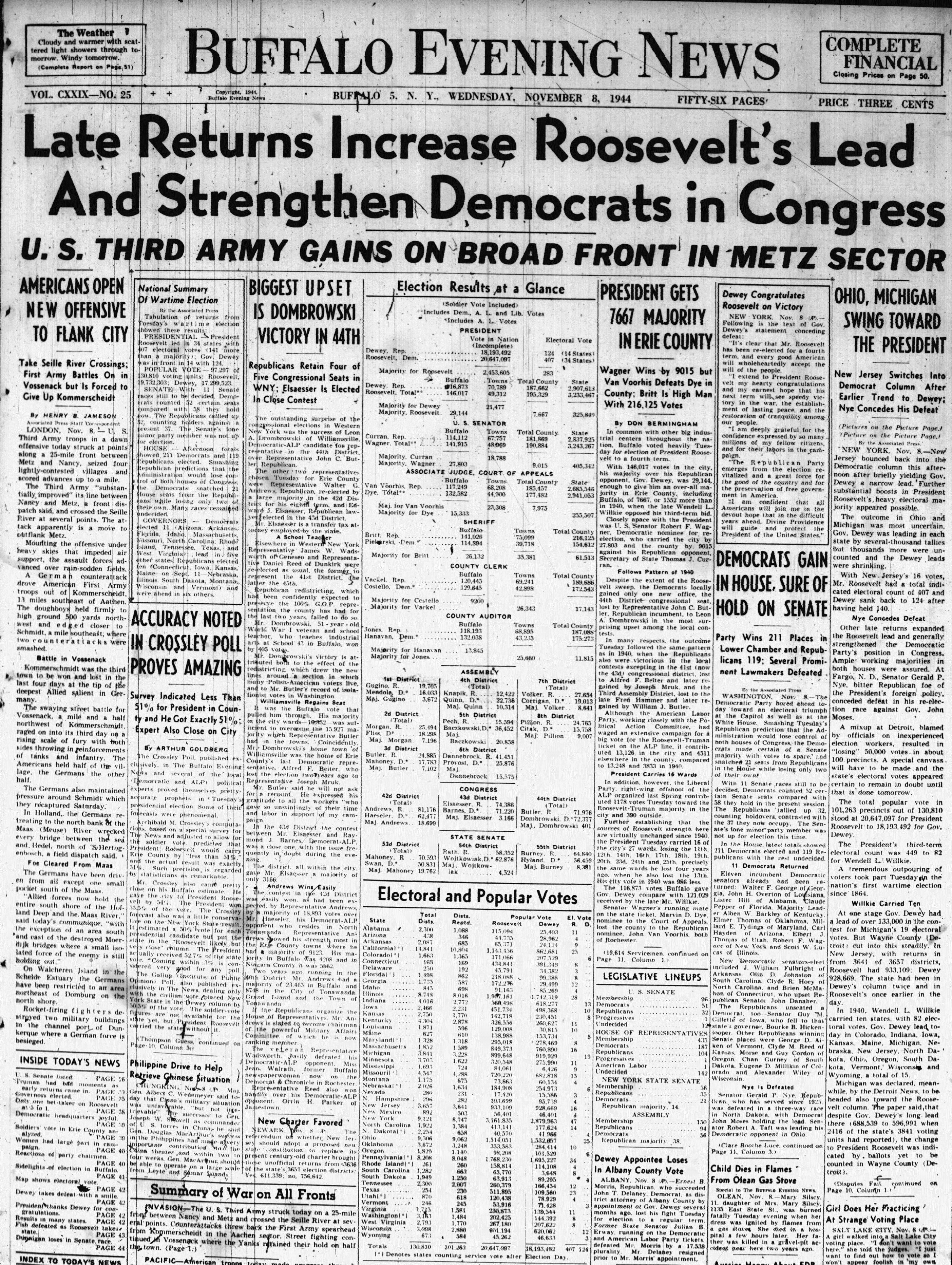 The electoral map shows Roosevelt carried 53 percent of the popular vote (about 25.6 million) and 36 of the 48 states at the time.

His victory included New York's 47 electoral votes, which was at that time the most of any state.

The Republican governor lost the race, but won tussle over term limits.

Just a few years later, the Twenty-Second Amendment to the U.S. Constitution limiting the presidency to the two four-year term maximum we recognize today was passed by Congress.