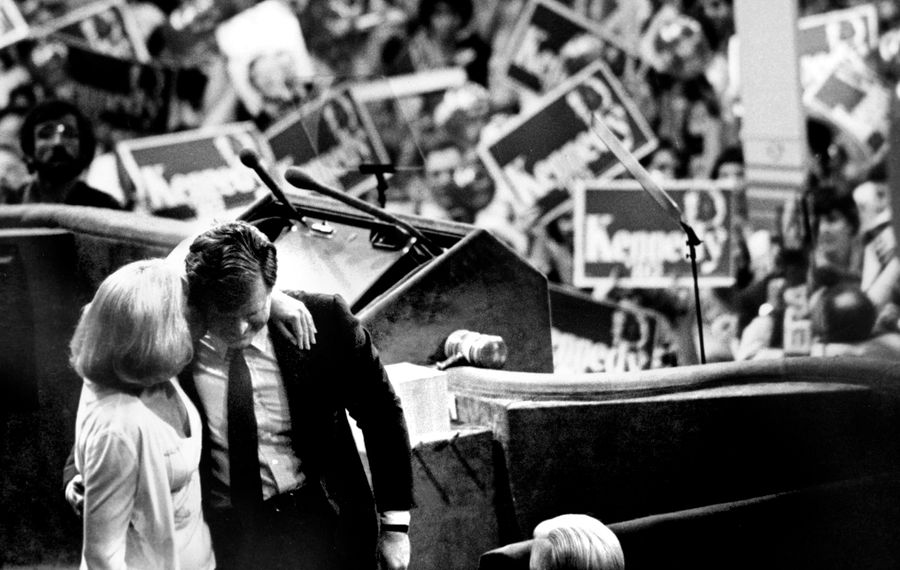 Just like last week, when we took a look back at some of the most memorable Republican conventions of the past, we're doing the same thing with the Democratic convention. Here are some noteworthy moments we remember since the 1960s.

City riots overshadowed the 1968 Democratic convention, which was held in Chicago that year despite lobbying efforts to have the convention moved to Miami. Anti-Vietnam War sentiment spilled over into five days of clashes with thousands of city police, members of the National Guard and Secret Service.

The 1976 Democratic convention gave Texas Congresswoman Barbara Jordan a keynote speaking role. Jordan, an African-American woman, broke numerous color barriers in her political career, including becoming the first African-American woman to deliver a keynote address at the Democratic National Convention. In her speech, she told delegates: "There is something different about tonight. There is something special about tonight. What is different? What is special? I, Barbara Jordan, am a keynote speaker. ... My presence here is one additional bit of evidence that the American Dream need not forever be deferred."

The 1980 convention marked the end of presidential dynasty for the Kennedy family. After a tough delegate fight between incumbent President Jimmy Carter and Massachusetts State Sen. Ted Kennedy, Kennedy gave what is considered by most to be the most famous speech of his career. He ended his concession speech with the famous lines: "For me, a few hours ago, this campaign came to an end. For all those whose cares have been our concern, the work goes on, the cause endures, the hope still lives, and the dream shall never die."

The 2004 convention previewed the future of then-Sen. Barack Obama and offered a bad omen for the success of Sen. John Kerry, who gained the Democratic nomination. Obama's DNC address as Illinois state senator was one of the highlights of the convention, marking Obama as a rising star in the Democratic Party. He said, "I stand here knowing that my story is part of the larger American story, that I owe a debt to all of those who came before me, and that in no other country on Earth is my story even possible."

Sen. John Kerry won the Democratic presidential nomination that year, but his acceptance speech, like all big convention speeches, was supposed to be followed by a long and much-anticipated photo-op moment with tens of thousands of balloons falling from the ceiling. That didn't happen, leading CNN to capture an audio rant of the convention producer who dropped an F-bomb on live TV on CNN. "More balloons! Where the hell ... there's nothing falling!" yelled convention producer Don Mischer.  Commentators noted a similar balloon fail occurred during Carter's 1980 convention.

When President Obama ran for re-election in 2012, Vice President Biden uttered a famous line in his convention speech that helped clinch Obama's re-election to the Oval Office. In a sentence that would be repeatedly quoted in the campaign media, Biden summed up two of Obama's key successes in his first term of in office, with those on the convention floor saying the words with him: "We can now proudly say what you've heard me say the last six months – Osama bin Laden is dead, and General Motors is alive."