PHILADELPHIA – As Byron W. Brown’s driver snaked through the traffic of this sweltering convention city Monday, the mayor of Buffalo reflected on the need for pleasing so many different people in his new job as chairman of the New York State Democratic Committee.

He had just left a pulsating bar decked out with rainbow colors and polished bicycles hanging from the ceiling, where many of New York’s top Democrats gathered for an organization supporting female candidates across the state. Speakers called for improvements in rights for gays, transgender people, those seeking abortions and women in general.

“I just spent 2½ days in Cleveland, and I can’t understand the racist, sexist, anti-LGBT hate that burst out of that,” shouted former New York City Council Speaker Christine C. Quinn. “We have to stop an evil and a cancer spreading across our country.”

[Related: Five most memorable moments from past Democratic Conventions]

A few minutes later, the reaction at McGillin’s Old Ale House resembled a scene from “Cheers” – everybody knew Brown’s name. Attending a reception sponsored by Rep. Joseph Crowley of Queens, he shook hands with every Democrat in the Irish establishment that dates from 1860, while a woman onstage sang “Black Velvet Band.”

It’s not that much different from running for mayor of Buffalo, Brown acknowledged, but leading the Democratic Party in New York State requires a commitment to diversity on one of the grandest stages of all.

“Clearly, diversity is something I believe strongly in,” he said, noting the spectrum of interest groups, ethnicities and regional interests he must navigate as the new head of the state’s dominant party.

It also means he is faced with his first “situation,” as the hundreds of Bernie Sanders delegates attending the convention from New York seem not only infuriated by the email leaks portraying the Democratic National Committee as tilting toward Hillary Clinton, but emboldened on behalf of their candidate, as well.

“The Bernie people here in force is a good thing. What we’re seeing here is democracy in action,” Brown said. “My job as state Democratic Party chairman is to reach out to Bernie Sanders supporters and let them know we support them and their ideas.” 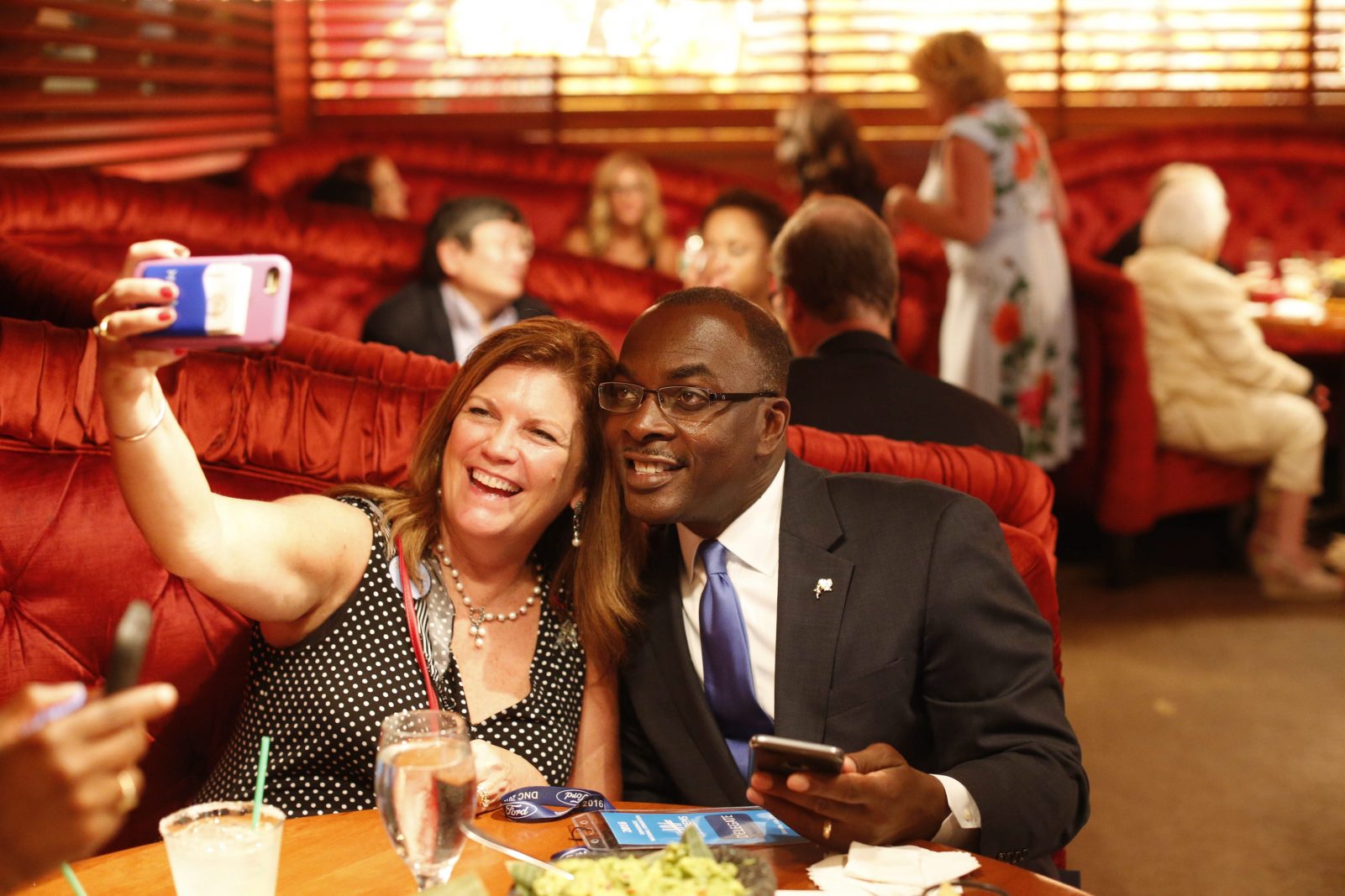 While Brown knows most of the state’s top political players, he still must introduce himself to the rank and file. When he calls New York Democrats to order Tuesday morning, the downstaters who dominate statewide politics will take an extra look at the sharply dressed man wielding the gavel.

Tuesday’s delegation breakfast at the Democratic National Convention marks the first major occasion for the New York City crowd to meet the three-term mayor of Buffalo since his election as state Democratic chairman in May.

Brown must not only calm the increasing turbulence between the Clinton and Sanders camps, he must intervene between allies of Gov. Andrew M. Cuomo and New York City Mayor Bill de Blasio and referee their behind-the-scenes jousting. Add all the other groups that contribute to the diversity of the state party, and Brown is quickly learning that these days, he’s facing lots more than fixing those crumbling sidewalks.

Already, skepticism is greeting the new chairman. As she attended a Sanders organizational meeting on the 33rd floor of Loews Hotel in downtown Philadelphia on Monday, Kate Eskew of Orchard Park rolled her eyes when asked about Brown’s new role.

Brown has done good things for Buffalo, she said, but is not sure how Sanders supporters such as her will fare with one of Clinton’s most vocal supporters now at the party helm.

“Anyone who is aligned with Hillary has to respect the Bernie Sanders movement,” she said. “He’s got to make sure he opens up the state and Erie County Democrats to take in the Bernie supporters. If it’s his way or the highway, we’re outta here.”

Even Brown’s staunchest supporters acknowledge the political fissures that were reopened by the Democratic National Committee email disclosures. But they also understand why Cuomo chose him to lead the party through rough weeks such as this one in Philadelphia.

Basil A. Smikle Jr., who runs daily affairs for the state party as its executive director, said Brown is a “conciliator.”

“He has the ability to tell people, ‘You need to be part of this party; we need you,’ ” he said.

Brown says he recognizes the new challenge he suddenly faces this week as antipathy only strengthens between the Clinton and Sanders camps. But as he traveled to various events Monday, he said he will draw on his experiences to bring the party together.

“Part of the chairman’s job is to do that,” he said. “If I am asked to facilitate or mediate on a larger level, I would obviously be pleased to do that. From a state perspective, I want to make sure we leave here united.”

So far, so good for the smooth-talking mayor of the state’s second-largest city. Upstate and downstate factions seem to be uniting behind him.

“We have a lot of problems in upstate versus downstate – as always – and we’ve got to work hard to keep it together,” said Assemblyman Herman D. “Denny” Farrell Jr., D-Manhattan, who served as state chairman from 2001 to 2006. “I’m glad it’s him, because upstate really needs help in ways that become political.”

Meanwhile, Steuben County Chairman Shawn D. Hogan, the mayor of Hornell, said he looks forward to Brown becoming a hands-on chairman even if he is running a big city, too.

“You have to be visible and less of a figurehead as a leader,” Hogan said, “someone to do the blue-collar stuff. I know Byron. He can do that.”

He predicted that working with Smikle, the party executive director, whom he called a “crackerjack,” the party will not cede even traditional Republican turf like the Southern Tier to the Republicans.

Brown will assume a high profile over the next few days. Although Cuomo is technically considered chairman of the delegation, the mayor will sit in the front row of the nominee’s home state delegation directly in front of the podium. He is expected to have some role in the ceremony that will feature “the great State of New York” casting the vote to make Clinton the first woman ever nominated for president by a major party.

Assemblywoman Crystal D. Peoples-Stokes, D-Buffalo, a longtime Brown ally and a delegate to the convention, said the mayor’s “quiet and straight-talking” way will suit him for the national and local roles that lie ahead.