Monday's rain - remember that stuff? - was heavy in many spots across Western New York.

But it won't do much to mitigate severe drought conditions, according to the National Weather Service.

About 0.62-inch of rain fell at Buffalo Niagara International Airport between 8 and 11 a.m., according to the National Weather Service.

"It's not going to alleviate much," said meteorologist Steve Welch. "It might help green up some yards for a few days."

A severe thunderstorm warning has been issued for southwest Cattaraugus and southeast Chautauqua counties until 1:45 p.m. Gust of up to 60 mph are possible. 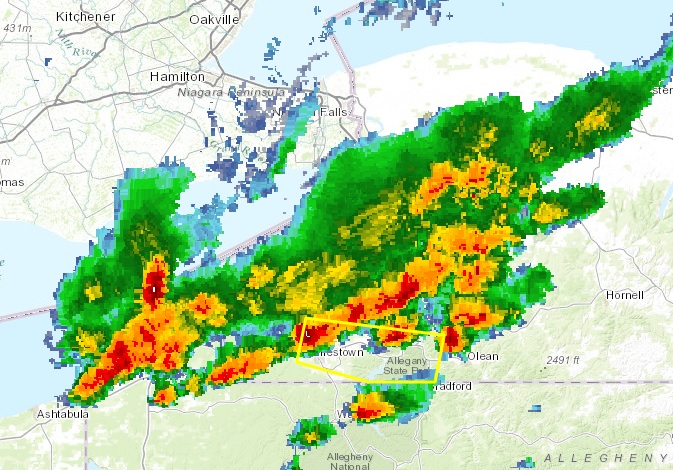 A severe thunderstorm warning is in place until 1:45 p.m. for parts of Chautauqua and Cattaraugus counties. (National Weather Service)

A severe thunderstorm warning is in place until 1 p.m. for southeastern Erie, Cattaraugus, east-central Chautauqua, southern Wyoming and northwestern Allegany counties. Wind gusts of up to 60 mph are possible.

Strong thunderstorms will affect northeastern Erie and Niagara counties through 11:15 a.m. Winds in excess of 30 mph and pea-sized hail are possible, the weather service said. 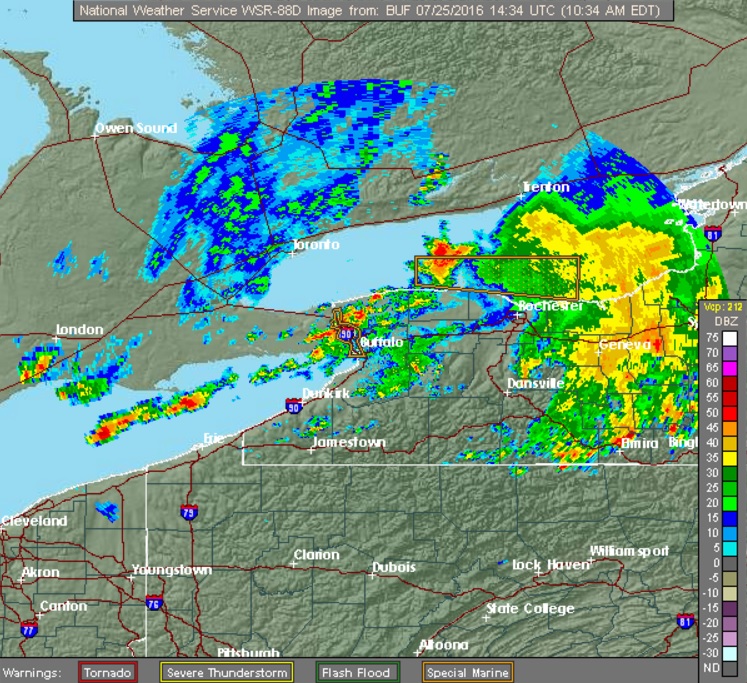 The National Weather Service has issued a "marine warning" for the upper and lower Niagara River and Buffalo Harbor through 11 a.m.

The National Weather Service has issued a "marine warning" for the shores of Lake Ontario from Youngstown to Point Breeze through 10:30 a.m.

Gusts of up to 60 mph are possible. The storm is moving southeast at 45 mph, the weather service said. 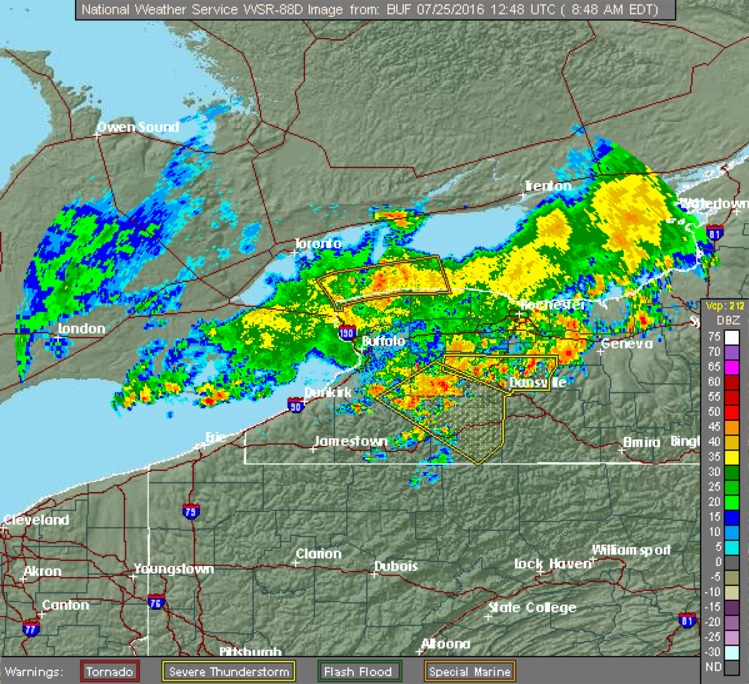 More than 2,800 National Grid customers have lost power in Erie County, including more than 1,900 in Buffalo and more than 800 in Hamburg.

Union Road was closed between Walden Avenue and Como Park Boulevard due to flooding, Cheektowaga police tweeted. It reopened a short time later.

Several lightning strikes have been reported in the area, including on Carmel Road in North Buffalo and Stephens Court in the Village of Lancaster.

If some areas received localized heavy downpours - to the tune of 1 or 2 inches of rain - that would help relieve the extremely dry conditions, Welch said.

The potential for gusty winds and possible small hail were part of some thunderstorms moving into Niagara and Orleans counties shortly after 7 a.m. 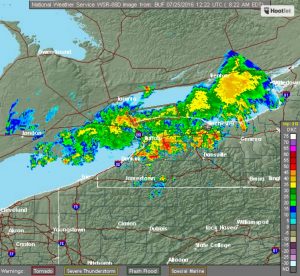 The National Weather Service has issued an alert that runs until 8:15 a.m. Monday about thunderstorms "slowly dropping southward over the western waters of Lake Ontario."

Torrential rainfall may occur and may cause localized flooding.

Wind gusts may reach 40 mph with heavy downpours of rain. "This activity will slowly drop southward across the counties this morning," the weather service said.

Several individual thunderstorm cells also are popping up in Niagara and Orleans counties this morning.