This week, at least four candidates expressing varying degrees of interest in challenging incumbent Andrew M. Cuomo in 2018 have been working the Republican National Convention in Cleveland.

All say they are optimistic about their chances, despite the fact that New York Democrats have an enrollment advantage of some three million voters and Cuomo has $19 million in the bank. It all leads the ever-optimistic state Republican Chairman Edward F. Cox to especially look forward to 2018, predicting voters are ready to hear a new message and indicating good candidates are already in the mix.

He said the party is preparing for an unprecedented effort in next year’s election for mayor of New York, a race he said is being taken seriously and will develop a host of advanced organizing techniques.

"At the very least, we’ll run a good race there that will give us the tools for the governor’s race," he said during an interview. "With an outpouring from upstate and a chance to improve ourselves in New York City, where the Democrats are fat, happy and lazy, we’ll have a chance to see what we can do.

"Obviously," he added, "we need a good candidate."

Some potential candidates such as businessman Harry Wilson, the 2010 GOP candidate for state comptroller, and former DEC Commissioner John Cahill never showed in Cleveland this week, but they are known to be in the mix.

But others have made their presence more than known at the convention. They include, in no particular order:

• Westchester County Executive Rob Astorino: The Republican challenger to Cuomo in 2014 who may be offering the highest profile during the four-day conclave. Astorino joined Dutchess County Executive Marcus Molinaro in throwing a joint "friendraiser" party at a Cleveland Mexican restaurant on Wednesday. The event was attended by just about anybody who's anybody in the New York delegation. 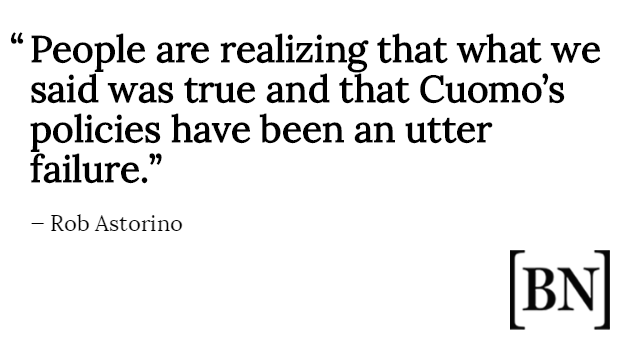 Astorino seemed to attract the most television cameras and notebooks as he mingled through the state delegation’s daily breakfasts, mainly because he has become a well-known political commodity over the past several years.

He continues to move around the state and acknowledges he wants another shot at Cuomo.

"It’s something I’m keeping the door open to, and why wouldn’t I?" Astorino said this week.

The county executive, who carried upstate 49 to 46 percent in 2014 but was overwhelmed by New York City’s Democratic advantage has been asking that question openly. His mailings to voters proclaim "Andrew Cuomo will be beaten in 2018," and his campaign finance treasury reported $1.7 million.

Astorino thinks his chances are better this time.

"People are realizing that what we said was true and that Cuomo’s policies have been an utter failure," Astorino said. "It wasn’t that I didn’t have party support last time, because I did. I didn’t have any money, and that’s a big difference."

"They see he’s continued the downward spiral of this state and seemingly doesn’t even care about where it’s going," he said. "The vast majority of New Yorkers, at the end of the day, are going to want someone new and a new direction."

• Marcus Molinaro: A new face on the statewide scene, Molinaro also has been checking in with county leaders across New York in recent months. Sources say he is highly regarded by those same leaders and could represent a fresh approach. 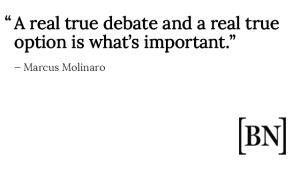 He also thinks Cuomo could be vulnerable.

"The truth is New Yorkers want an honest, responsible and responsive government," he said. "And the fact that there are that many of us interested in providing leadership at the state level suggests that voters want to consider alternatives.

"A real true debate and a real true option," he added, "is what’s important."

Like Astorino, he acknowledges the enrollment disadvantage looms as a "challenge."

• Carl P. Paladino: The 2010 GOP gubernatorial candidate has become one of the party’s best known and most high-profile figures since he scored a stunning victory over endorsed candidate Rick Lazio in the primary that year. 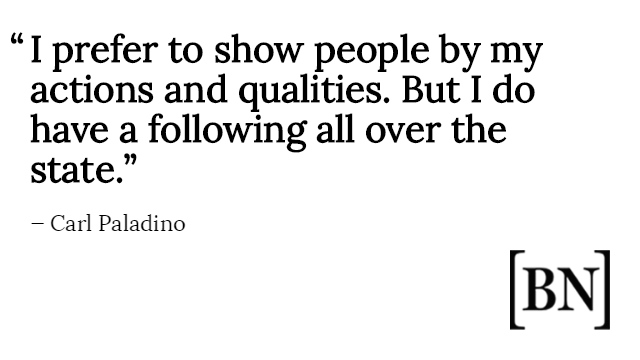 In Cleveland, Paladino has taken a low-key role, but is still everywhere at the convention and frequently on national television. As a close ally of presidential nominee Donald J. Trump, he has been sitting next to or close to Cox in the delegation’s front row, which occupies the prime floor position directly below the podium.

On Tuesday evening, when the New York delegation officially put Trump over the top to receive the nomination, Paladino was included in a small group of select party figures who stood with Donald Trump Jr. for the "ceremony."

Paladino also strengthened statewide relationships with party leaders as he helped guide Trump’s overwhelming victory in the April presidential primary. He will reprise that role this fall, when he plans to work the state again as chairman of the nominee’s New York campaign.

Some New York Republicans discount his chances in 2018, labeling him as a candidate of the past and expressing preference for a newer face. They also question his willingness to largely self-finance the race, as he did in 2010.

Paladino says he feels no need to "schmooze" his way around New York at this point.

"I’m not that way," he said. "I prefer to show people by my actions and qualities. But I do have a following all over the state."

In addition, his frequent appearances on various Fox News programs keep him in the view of New York and national audiences.

He continues to say he is "seriously considering" a race.

• John Catsimatidis: The Manhattan billionaire, who is interested in joining others to redevelop Buffalo’s One Seneca Tower, has been interested in Republican politics for years and unsuccessfully sought the party’s nomination for mayor of New York in 2013. 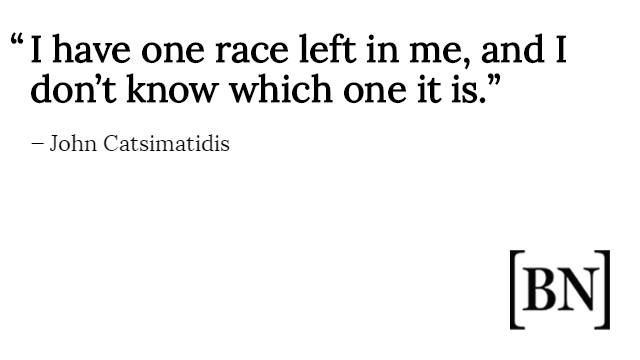 He also has been frequently sighted at the convention, where he is regarded as one of the party’s top money men and a wielder of significant influence.

On Thursday, he said he is interested, though not sure for what.

"I have one race left in me, and I don’t know which one it is," he said. "Maybe mayor, maybe governor, maybe senator, or maybe dogcatcher."